Decades ago, Pakistani music industry unveiled a star in the name of Nazia Hassan who set a benchmark that millions still cherish today. In fact, the duo of siblings Nazia and Zoheb Hassan shot to massive popularity due to their music. Back in time, Nazia was a pop sensation, a heartthrob of many Pakistanis and a music icon whose legacy still continues. 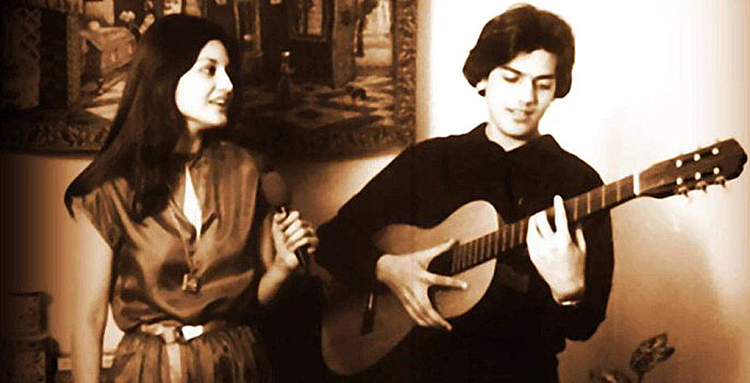 Nazia Hassan died of lung cancer in London; she was only 35 years of age. It was a great loss to our nation and certainly an unfathomable calamity for the family. Years after, her loss remains a fresh memory for many of her fans. As for Zoheb, no can come to comprehend what it would be like for him. He is coy about this subject and has often times openly refused to talk about it. However, in a recent interview with Sanam Baloch during her morning show, Zoheb Hassan took the leap and talked about what it was like during the last moments of Nazia.

Watch the following video, as Zoheb Hassan manages to discuss a subject he is always reluctant to…

You could see that it was really hard for him to talk about it. He even excused Sanam to not discuss Nazia with him anymore as he would not want to talk about it. We can clearly see that it was really hard and he managed some great strength to even share those slight details. Despite everything, the media definitely requires not to be sensitive about this subject because it’s too vulnerable for her family, especially her brother.

Anyway, Nazia Hassan is a great loss for our nation and we still mourn to this day. She was an epitome of what you call a megastar. But her legacy will continue and she would remain a sensation forever in our hearts.