Zoe Viccaji, an enchanting voice that hails from a small town in Punjab has made it big in the music industry. She is an artist beloved to us for her ingenuity in music and it is easy to say that her riveting vocals are a treat for us. 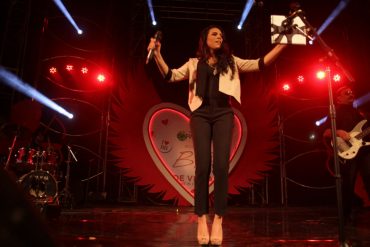 Remember when Zoe made her singing debut in Pakistan when she collaborated with the legendary Strings band and released a track called, “Mera Bichra Yaar”, well, she has come a long way from being that girl to winning our hearts today with her melodic and enticing performances.

Zoe Viccaji continues to entertain us with her captivating voice. Some of the songs she has released depict the natural talent she swamps about. Her singing ability is nothing like anything and safe to say, her voice is unique! 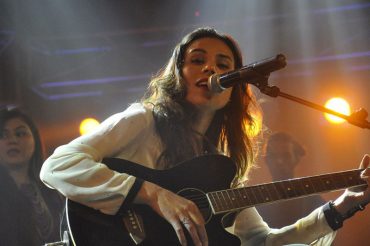 We are lucky to watch her perform on many occasions. She has also featured in Coke Studio and fascinate her with the music. Now, Zoe Viccaji has made it big; she is set to perform at one of the biggest stages of music in the whole wide world!

Woke up in Austin today! #sxsw2017 rehearsing for a show on the 15th at Speakeasy 9pm- check out my face book page for details-

For those who don’t know about South by Southwest, here’s a little information about it: 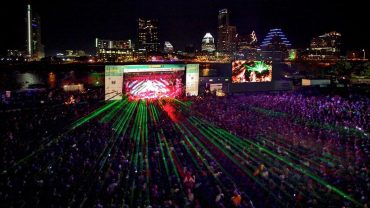 SXSW is an annual music festival that takes place in Texas, United States. It has been going on for the last 30 years and has a staggering importance in the eyes of people. Some of the most talented artists as well the aspiring ones are handed a chance to perform on such a grand stage before such a grand crowd. Many renowned celebrities continue to endorse it all year. Now, Zoe Viccaji is going to be one of those great celebrities to perform in Texas!

Zoe will represent Pakistan. She is surely going to amuse everyone and when the world would acquire who this amazing girl is and where she is from, they would know that she’s one of the best singers to grace the music industry in Pakistan! 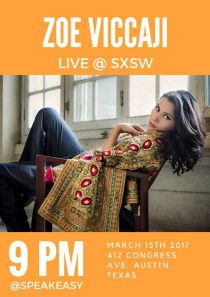 How cool it would be when the crowd in Texas would hum and go crazy to Zoe Viccaji’s “Ishq Kinara”! Oh God, it makes want to hum here sitting at my desk before my system.

Fake Rumor Spreads As People Raise Fear Of A Possible Facebook Ban!
This Is Why Our Society Should Not Be Judging A Woman’s Character By The Color Of Her Lipstick
To Top