The movie ‘Zindagi Tamasha’ directed and co-produced by Sarmad Khoosat and Kanwal Khoosat, is going to premiere at the famous Busan International Film Festival (BIFF) in South Korea. It will be premiered before being released in Pakistan.

When the trailer of Zindagi Tamasha was released, it created a buzz among Pakistanis because of its daring topic and controversial dialogues. The story revolves around a man called Rahat Khawaja, who is played by the actor Arif Hassan, and his family.

The real crisis occurs when a particular video about Khawaja leaks and causes shame to the family. His own daughter named Sadaf, the role played by Eman Suleman, doesn’t talk with him anymore because of the public embarrassment.

People have been praising the cinematography and the feeling of raw emotions conveyed through the facial expressions of the actors. Here is a clip of the trailer of Sarmad Khoosat’s ‘Zindagi Tamasha’ if you haven’t laid your eyes on it yet:

The Impact Of The Movie:

The dialogues within the movie are taking a jab at the pessimistic and twisted societal concerns within Pakistan and the exploitation of religion. It talks about how certain individuals are viewed as lesser than others.

And it also mentions how because of such damaging beliefs within society, even the innocent have to suffer.

Overall, it places several sarcastic remarks on today’s Pakistan. Not to mention, it also poses a powerful punch to the corrosive ideologies the citizens of this country should follow. 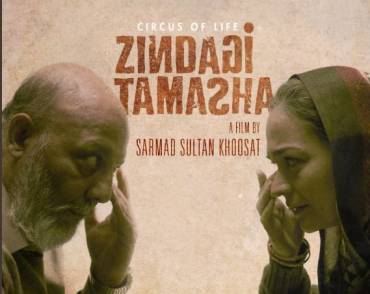 Moreover, it is refreshing to see that Pakistan is making films about significant issues that generally affect the country. Often, the Pakistani film industry is full of content that leans towards genres like romance or slice of life. Talking about an issue that is very much relevant to such a closed society, can help raise awareness.

The Busan Film Festival is one of the most prominent film festivals, which seems obvious because of the global outreach of Korean dramas and films. The rise of Korean content is visible all over Asia including Pakistan, which shows how popular Korea is worldwide.

Tons of movies from all over the world are nominated in this film festival. So, it is an honor that Pakistan is also in the mix this time. 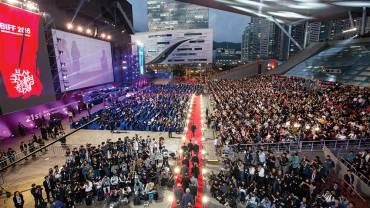 Zindagi Tamasha is nominated for the Kim Ji-Seok award, which is an award launched to commemorate the actor Kim Ji-Seok. Additionally, the movie is set to be premiered from the 6th of October to the 8th of October.

Pakistan will receive an opportunity to prove its films to the world which can help retain a positive image for the country. Even though the movie’s topic can be seemingly negative but the engaging scenes, cultural connection that involves the usage of Punjabi, and intriguing dialogues, are enough to recognize Pakistan as a skillful nation.

What do you think of the situation? Do you think that this movie would be able to bag an award at such a famous film festival? Share your thoughts using the links below.

This Hardworking Syrian Refugee Is Selling Authentic And Delicious Syrian Shawarmas In Islamabad!
Legendary Actor Bushra Ansari Is Being Shamed On Social Media For Wearing A Dress Abroad!
To Top