Diriliş: Ertuğrul has been breaking records and proving to be one of the most popular television series airing in Pakistan in 2020. Prime Minister Imran Khan certainly knew what he was endorsing! It has become a household name in Pakistan since the show aired on the state-owned channel PTV. But it looks like some celebrities are against the Ertugrul stars working in Pakistan, Zhalay Sarhadi recently defended her statement made on the matter of Esra working in Pakistan.

Esra Bilgic aka Halime Sultan who plays the lead role in the drama series has a growing fan base in Pakistan. So much so that the stardom has left local brands racing to approach the glorified actress to shoot their products and services to fame. In addition to this, both the show and the actress have been making headlines in the local news as well as on social media, with fans wishing for her to appear in the Pakistani productions. 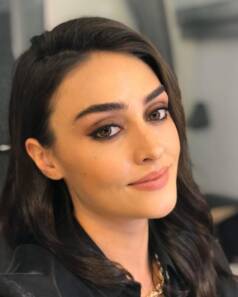 Anyway, a little while back Pakistan famous telecommunication network Jazz appoints Bilgic as its brand ambassador. Prior to that, she had been appointed as the brand ambassador for QMobile.

However, Pakistani celebs are not so happy with the news. Earlier, actress Zhalay Sarhadi came forward with her discontent on the matter of Esra working in Pakistan and later defended her statement. Zhalay expressed disapproval over Esra being the brand ambassador for the Pakistani brand rather than any Pakistani actor.

In a recent interview, the actress said, “We have short term gains. If you have chosen Bilgic and made her a brand ambassador over here, it’s a slap to our faces. It’s an actual slap to our faces. Why are you borrowing a star from another country?”

She also showed her support to Yasir Hussain who has been against the Turkish actors being hired Pakistan since the beginning. She added, “Why don’t you create anything over here? Why are people afraid to create in this country? So I totally support Hussain in the debate.” 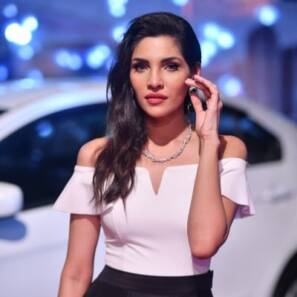 As the actress has been facing a lot of criticism for sharing her two cents on the matter of Esra, Zhalay tried to clarify and defend her statement. Sarhadi took it to her Twitter to give an explanation of what she had said earlier. She begins by saying that she has been immensely misunderstood. Moreover, she explains that she has nothing against Turkey or their dramatic productions.

In this air of immense misunderstandings let me say my piece. I have nothing against any nationality let alone our brothers and sisters of Turkey! I love Turkey, Turkish heritage and their dramatic productions. They are far ahead of us in every way!

In addition to this, Sarhadi clarifies that she was being critical of ‘our very own people’. The poor content has not only failed the artists but also the public.

If any one had listened to my interview which has been severely misconstrued over and over again, I was being critical of our very own people. We haven’t been churning out better content and have failed our artists and public combined.

As a result, the public inclines towards ‘better quality programs’ being outsourced from Turkey. Additionally, she quotes, ‘slap to our faces’ and says that it is not because of Bilgic being a brand ambassador, but because ‘we failed to see our own.’

We need to open our eyes and see our mistakes, our shortcomings and build ourselves stronger In every aspect. I talk about nationalism! Not anti globalism! Understand the difference. 🙏

Well, looks like her words somehow ended up getting twisted. Nonetheless, we couldn’t agree more with what she has to say! After all, it is all about the content, isn’t it?