Zardari's Physical Remand Has Been Extended And He Will Remain Under NAB Custody Until July 2!

Furthermore, bail plea of former president Asif Ali Zardari and Faryal Talpur was rejected by the Islamabad High Court. A seven-page long detailed verdict was issued with signatures of Justice Aamir Farooq and Justice Mohsin Akhtar Kiani. According to the verdict, the bail plea of Asif Zardari was rejected on merit. 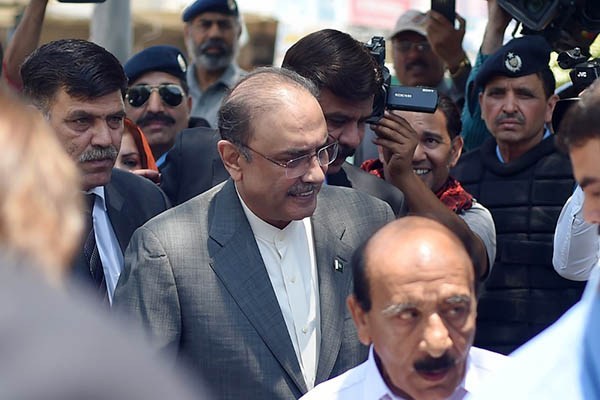 Zardari’s physical remand was extended by 11 days this Friday and is to appear before the accountability court on July 2.

The NAB, however, sought a 14-day extension which was rejected by the accountability court. An 11-day physical remand was given to NAB on June 11 a day after the arrest of Zardari.

Opposition and government should work together towards the betterment of Pakistan, said Zardari in Assembly.

He appeared in the assembly on Thursday. He suggested that the opposition and the government should sit together and devise an economic policy that will take Pakistan forward. Zardari also said that this practice should be made compulsory.

Three major arrests have happened so far and more yet to come. PPP’s Co-Chairman Asif Ali Zardari, PPP leader Faryal Talpur and PMLN leader Hamza Shahbaz. Hamza faced a money laundering case and his bail plea was also rejected by the Lahore High Court. It’s about time the rest of corrupt politicians face a similar fate. No one should get away with their crimes from top-level officials, to government officers all the way to clerics.

Have anything to add to the story? Tell us in the comment section below.

Khursheed Shah Just Took A Shot At PM Imran Khan By Recalling His Promises And Pakistanis Are Feeling Bad!
7 Times This Tamgha-e-Imtiaz Girl Mehwish Hayat Has Stun The World And Pakistan
To Top