Pakistani And Saudi Government Are Going To Provide Zamzam Water To Hajj Pilgrims On Pakistani Airports|Parhlo.com 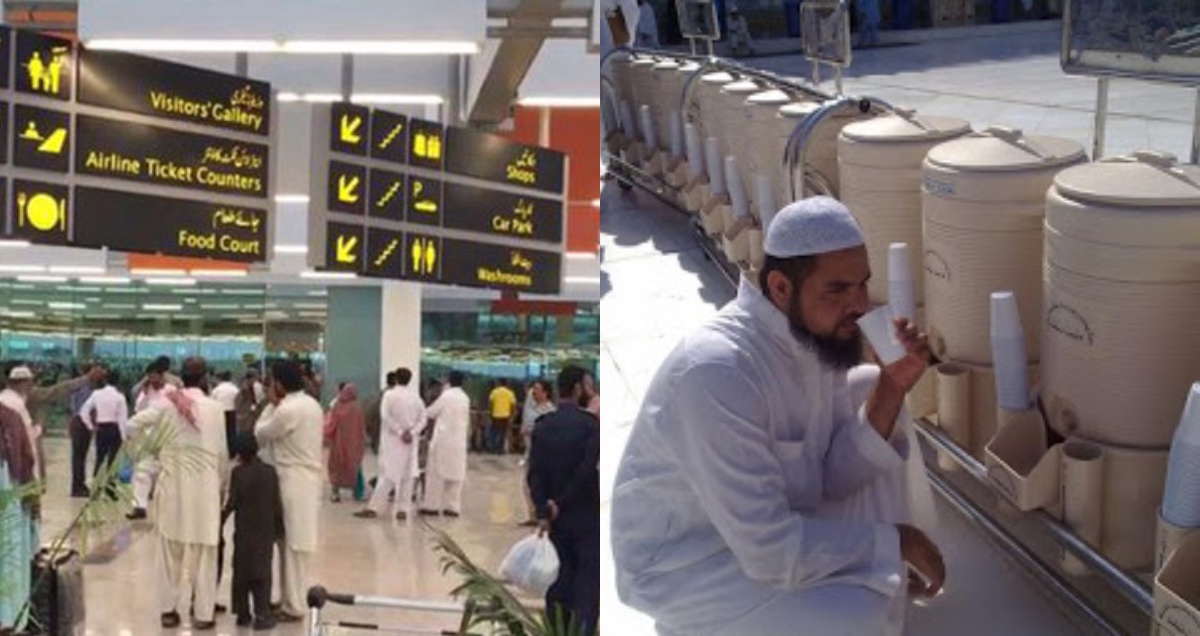 Every Muslim knows about the sacredness of “Zamzam water”, the holy water. Have you ever thought of getting Zamzam water in Pakistan? If not, you will see it soon. Every year Hajjis (the pilgrims), besides doing initial preparation of hajj and rituals of Hajj witness tough time in having excess to Zamzam water.

The federal government in collaboration with the Saudi government decided to ensure adequate procurement of Zamzam water to the Hajj pilgrims. Besides, this effort is part of the Al-Zamzami Al Sagheer initiative. 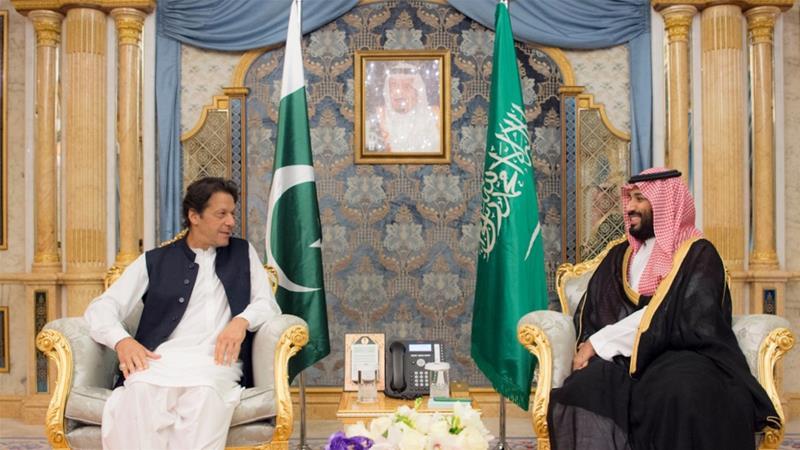 Onn Thursday, Ghulam Sarwar Khan, Aviation Minister Pakitan tell this to an Arab news channel. The minister asserted that the Ministry of Religious Affairs specially instructed us to initiate this plan.

He further said, “aviation division has inculcated five major airports in the country to store Zamzam water for Hajj pilgrims this year.”

The action is “as per the instructions of the Ministry of Religious Affairs to the Islamabad International Airport,” Ghulam Sarwar Khan reported to Arab News.

Sarwar said that adequate space had been designated at the airports for storage of the Zamzam water. The water would be carried from Saudi Arabia and shared among pilgrims upon their arrival from Hajj 2019, he added.

“Pakistan government intends to make Saudi Arabia’s road to Makkah project a success,” said the minister pointing to the grand Saudi scheme aimed at helping Hajj pilgrims from around the globe.

According to Arab News, Saudi Arabia’s Al-Zamazema Office has started “Al-Zamzami Al Sagheer” initiative. The initiative is backed by the undersecretary of the Saudi Hajj Ministry for Religious Affairs, Hussein Al-Sharif.  Further, the Ministry of Hajj and Umrah will directly supervise the initiative.

Amir bin Faisal Obaid, the Spokesman of the Al-Zamazema office, stated that the initiative intends to give Zamzam water to pilgrims that reside outside the Kingdom.

A statement by the Al-Zamazema office stated, “Saudi Arabia aims to provide the pilgrims with high quality and efficient services.”  The works come under the umbrella of the current progress, going on in the Kingdom under King Salman and Crown Prince Mohammad, the statement further stated.

Holy water originates from the Zamzam well placed in the Masjid Al-Haram in Makkah, Saudi Arabia. Zamzam water is regarded as holy water in the religion of Islam. Furthermore, it is considered a miraculously created reservoir of water from God. 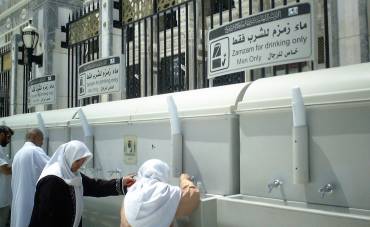 In addition,  the water sprang out thousands of years ago when Ismail (A.S), infant son of Ibrahim (A.S ) was alone with his mother Bibi Hajara (A.S)  in the wilderness. Hazrat Ismail (A.S) cried due to thirst, and after certain actions of Bibi Hajra (A.S) proscribed by Allah, the water originated.

“O Allah, I seek beneficial knowledge, wide sustenance, and cure from all ailments from You”.