The Islamic preacher Zakir Naik has been receiving a negative response all over Malaysia for his seemingly racist comments.

Reaction To His ‘Racist’ Speech:

Zakir Naik became a permanent resident of Malaysia after he fled from India because of being accused of inflammatory speeches. However, his life in Malaysia hasn’t been simple as well. The preacher is banned from conducting any religious speeches in multiple states of the country. 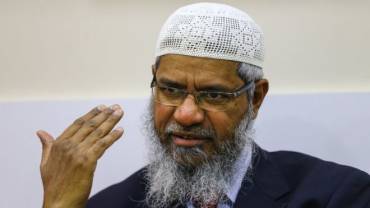 It is for sure that many Pakistanis would feel somewhat inclined towards this statement. However, this isn’t the beginning of the controversy that the preacher got stuck in.

When asked to be deported back to India, he continued on with his offensive remarks that had the minorities in Malaysia fuming with anger.

The preacher said, “Later on, more people came and Malaysia became fully Muslim. Then you have the Chinese coming, the Indian coming, the British coming. They are our new guests” to further add, “People call me a guest. So I said, before me, the Chinese were the guests. They aren’t born here. If you want the new guest to go first, ask the old guests to go back.

The conclusion of his talk remained, “If you want the guest to go back and those guest which are bringing peace in the community, they are benefitting for the family,”

This statement of openly disregarding the Chinese community in Malaysia met the Islamic preacher with multiple complaints. And the citizen’s aggression towards him saw an increase as well.

Even the Prime Minister of Malaysia Mahathir Bin Mohamad, who always defended him, said that he went too far. However, after some days, Zaik released his apology. “It was never my intention to upset any individual or community,” said Zaik. He also added, “It is against the basic tenets of Islam, and I would like to convey my heartfelt apologies for this misunderstanding,” 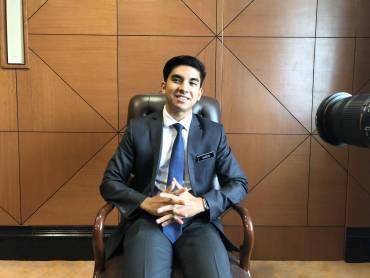 After his apology, the Youth and Sports Minister Syed Saddiq Abdul Rahman mentioned that the citizens needed to “move on”. He also remained in the favor of deporting the preacher before but changed his views following the apology. “No one is free from making mistakes. Dr Zakir Naik has apologized. I myself have made mistakes many times and we must accept being reprimanded with an open heart. There’s no need to beat our chest and make things worse. Let’s move on. The country needs healing!” is what the Minister stated.

“Malaysia is a multi-racial and multi-religious country. Moderation over extremism. Our unity is our strength. Each race have made their own contributions. They are all Malaysia citizens like me. Unity in diversity. Stronger, together, forever,” concluded Syed Saddiq.

‘Rishtay Wali Aunty’ Mrs. Khan Blames Pakistani Women For Divorce And It Is Downright Outrageous!
McDonald’s Pakistan Becomes The First Ever Brand To Be Featured By Asia Outlook!
To Top