This Tweet by Zaid Ali Is Making Every Pakistani Legit Confused!

Zaid Ali, a social media sensation who shot to fame after making short vine videos that we absolutely adored a couple of years back. Yes, guys, Zaid Ali’s surreal rise to the mainstream popularity level has been surreal and we still go gaga about his insane videos. Just yesterday, Zaid Ali shared a photo on Twitter that is making everyone literally confused.

You have a complete background on how the U.S. Government is peculiar about brown people. An American visa is not easy to acquire; not to forget the long, dragging processes and the security checks if you get lucky to step into JFK. The USA is very concerned about its national security, so it has applied certain strict measures to withstand anything odd. Meanwhile, Zaid Ali took a picture of a form that presents some questions that would boggle your mind…

Check this out, guys… 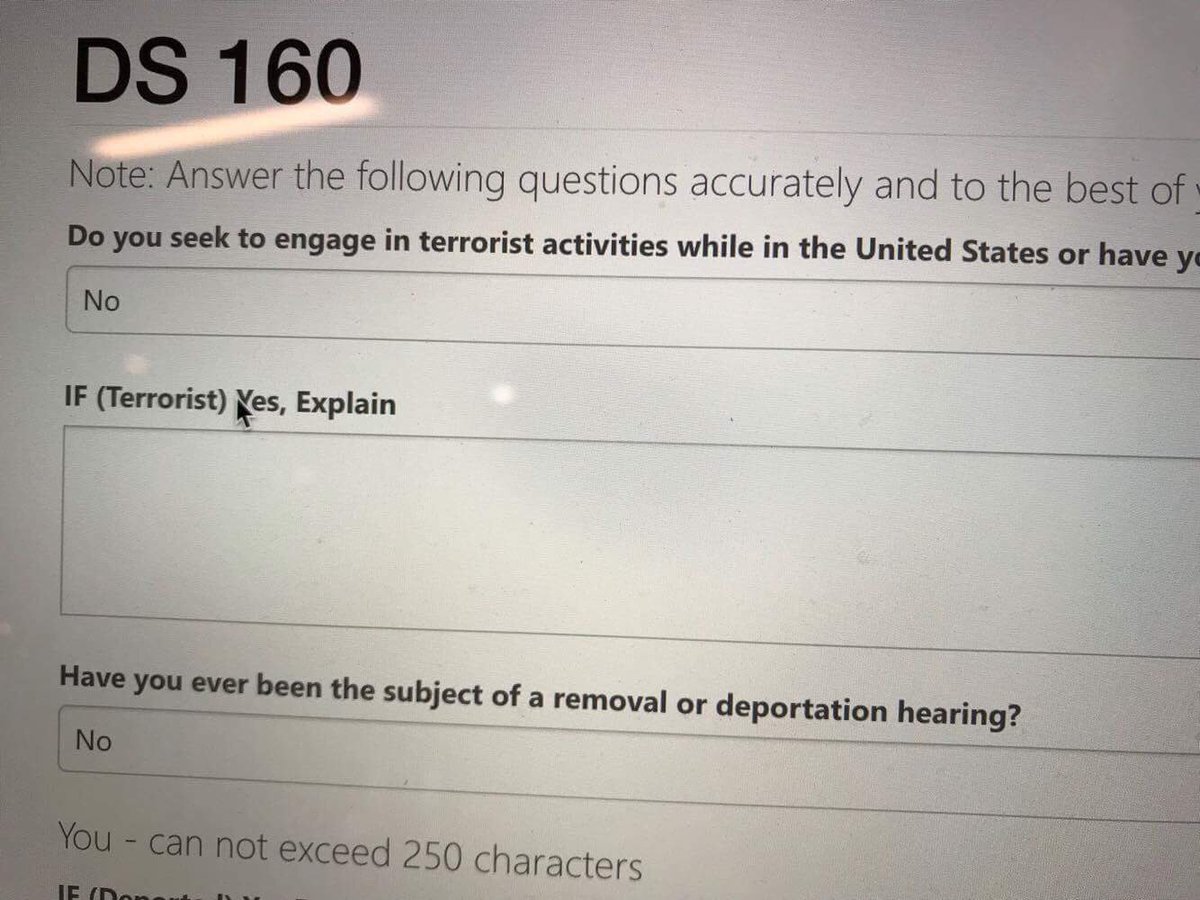 Ummm, quite confusing, isn’t it? Maybe they are just too smart about it.

Here’s what people have to say about it…

Actually this is very very smart. I realize to most people this might look like a joke.

Not the best idea…

Imagine President Trumo sitting in a meeting and coming up with this ?? “huge idea”

I swear, there must be someone who’s badass enough…

I would like to see an example of someone answering yes to this. There's gotta be at least one.

Lol. The questions on the Visa application are weird as well. "Do you intend to take part in any criminal activity". Like you would say yes.

I have never been to the United States, so I have no idea about this form. Perhaps in order to enter the country, you require to fill up this particular form. But that question is kind of confusing. They are Americans, they are ruling the world with what not, so there must be some motive or plan behind devising such an option.

Do you guys have any idea?

Everyone Who Is Trolling Maleeha Lodhi Needs to See What Former Foreign Minister of India Once Did!
6 Insanely True Signs That You Are Addicted To Spicy Food
To Top