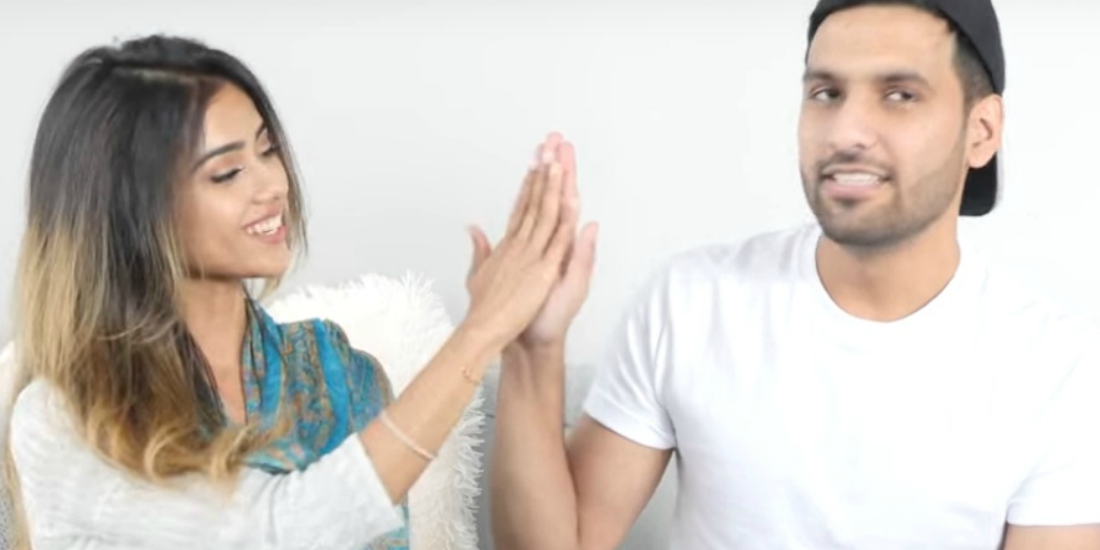 Canadian-Pakistani YouTuber Zaid Ali’s marriage was the talk of the town. When he announced the news, many thought it was just another one of his pranks. Nonetheless, when he shared the images of his nikkah initially, the doubts were cleared.

Listening to the Request of Many, Zaid Shared the Picture of his Wife with his Fans!

While social media has a positive side, the negative side can consume the happiness and change it to hatred. Amidst all the wishes the couple was getting, many threw hatred their way, especially by commenting on the looks of Yumna, Zaid Ali’s wife.

The couple, however, handled it pretty well.

But None of that Effected and We are Just in Love with How Cute this Couple is!

Proving to the world that they don’t care about any of this, the couple went on about to make a Q and A session. Fans asked a combination of questions to the couple and they answered numerous ones on a video they made.

The compatibility in the video is amazing. They were joking about one another – raising fun facts about their relationship and kept teasing each other. All of this perfectly showed the couple is in deep love and despite how the people of social media mocked Yumna and Zaid, they didn’t care one bit.

Questions such as, “Who wears the dupatta better? How did you guys meet? How do you feel about Zaid being a YouTuber?” and so on.

Here’s the Link of the Video They Shared

The video actually shows how couples should really be – not caring about others who don’t matter and comfortable in their own skin. Zaid and Yumna went through a lot of criticism for no reason, but none of that affected neither their relationship nor their portrayal on social media.

Anwar Maqsood has a Clear Message for People who ‘Misused’ his Name on Social Media
German Ambassador Martin Kobler Visited KPK and he Loved it there!
To Top