Zaheen Tahira’s Heart Attack Has Her On A Ventilator And The World Is Grieving|Parhlo.com

The unexpected news about the renowned veteran Pakistani actress Zaheen Tahira’s heart attack has everyone shaking with tears. She had just suffered from a cardiac arrest on Sunday. The actress has recently been hospitalized and attached to a ventilator. 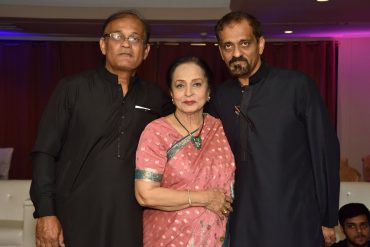 Moreover, Tahira is Pakistan’s oldest television stars. She started in the 1960’s and throughout her career, all she has done is just make history. The senior actress is popularly known for her work on PTV. Furthermore, she has starred in countless dramas while has also proved herself as a director and producer. Considering that she has worked in about 650+ dramas including her supporting roles, she has gained immense success in an impressive number of series/dramas. Moreover, her fame is widespread. She has established her career all over South Asia and is one of the best entertainers within current history.

Read Also: These PTV Programs Are A Must Watch For Everyone

Her role usually consists of an older woman preferably a grandmother or mother that remains as a backbone of the family yet witnesses various depressing times. Many of Tahira’s dramas are pretty well known even among the youngsters because of her legacy. She has starred in multiple television serials/dramas/films, for example, Waqt Ka Asmaan, Adha Chehra, Tujh Pay Qurban, Show Shaa, and Khuda Ki Basti. Not to mention, she is also the owner of a Tamgha-e-Imtiaz. It was awarded to her in 2013 for her work in the entertainment industry. During that time, this had hit Pakistan hugely but no one was in surprise because everyone acknowledges her hard work and dedication for the Pakistani entertainment industry.

Despite her age, people are in shock to hear the sudden news. Pakistan needs its old actors and actresses because they are a source of pride for the country.

This is why this news regarding Zaheen Tahira’s heart attack has hit heavy to every corner of the country. People have been expressing their grief and prayers for a healthy recovery.

Many popular celebrities benefited from their social media platforms by posting regarding the sad news. One of them includes the actor Imran Abbas, he went on Instagram to express his sorrowful feelings regarding Zaheen Tahira’s heart attack, “The Legendary Actress Zaheen Tahira admitted in Agha Khan Hospital due to a serious heart attack. And She Needs Our Prayers As She Is On Ventilator. Please Pray for her recovery.”

The Legendary Actress Zaheen Tahira admitted in Agha Khan Hospital due to serious heart attack. And She Needs Our Prayers As She Is On Ventilator. Please Pray for her recovery.

In an emotional message remembering the sweet moments with the Pakistani legend, actor Imran Ashraf shares a heartfelt message. He talks about the memory where she came on set and was grieving over her sick daughter, he said, “She used to laugh whenever I tried making her laugh, but to only cry later.”

Also, Angeline Malik takes the time out to post on Instagram a video of Tahira along with a saddening caption, “Our darling Zaheen Tahira a beautiful soul, a woman who has always given us strength, always smiling in the worse times…. is in icu….she needs all our prayers…please remember her in your prayers…”

Social Media Is On Fire:

The Pakistani legend’s roles are still in appreciation because of her undying love for her job and impressive acting skills; hence, giving her the rightful title of Pakistani legend. When she showed her sorrow in a film, you could easily feel the tears welling up in your eyes. More so, it takes years of experience and dedication to remain solid in the Pakistani entertainment industry. Starting from the ’60s to reach such an unbelievable platform must have required a lot of patience and humbleness. Just looking from the outside can determine that something is ‘easy’ but it is the hard work within that glamorous coat that people tend to forget a lot. 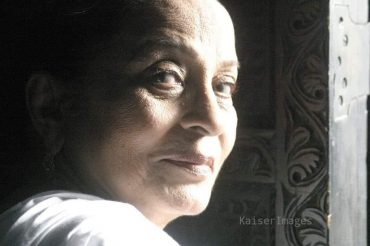 Everyone understands and respects that. This is why the entire internet is mourning her condition. A renowned actress that changed the acting game within a country and its region will always remain precious to people.

Here are some of the reactions regarding various users towards the unexpected news:

This user is trying to garner as many prayers as possible. In addition, everyone supports that! “PRAYERS NEEDED =============== Senior Television, film actress & broadcaster Zaheen Tahira Apa has been admitted in the hospital in a critical condition, after suffering a heart attack. Fans are requested to pray for her. May Allah bless her with a speedy recovery-Ameen”

PRAYERS NEEDED
===============
Senior Television, film actress & broadcaster Zaheen Tahira Apa has been admitted in the hospital in a critical condition, after suffering a heart attack. Fans are requested to pray for her.
May Allah bless her with a speedy recovery-Ameen. pic.twitter.com/qoPnViQvoo

Once again, people are praying for a quick recovery. They are wishing for her health and worrying for the actress’s family, “Veteran Pakistani actress /broadcaster Zaheen Tahira admitted in Agha Khan Hospital due to a serious heart attack. She Is On Ventilator. Please Pray for her recovery. Get well soon”

Veteran Pakistani actress /broadcaster Zaheen Tahira admitted in Agha Khan Hospital due to serious heart attack. She Is On Ventilator.
Please Pray for her recovery.#GetWellSoon pic.twitter.com/gh1DF9zC6W

A sad and heart-breaking tweet talking about the bitter reality of the world that everyone needs to face instead of ignoring, “Life is tragic. Just read about Zaheen Tahira Sahiba’s ailing and bed-ridden daughter who depends on her mother. Life is tragic. It’s sad. Barri azmaishain hayn dunya mai The daughter needs her mother who suffered renal failure and cardiac arrest last night. Tragic!!”

The situation is extremely saddening and is quite disturbing for a lot of fans and celebrities. All that is left is to wish for a quick recovery and hope for the best. May Allah give her strength! Share your thoughts.

Qatar Has Announced A $3 Billion Investment Package For Pakistan And It’s All PM Imran Khan’s Hard Work!
Pakistan Army Just Built A Girls School Over Terrorist Hakimullah Mehsud’s HQ And This Is A Huge Statement!
To Top