Pakistan is going through a tricky phase and any sudden change or decision can overtly or covertly impact the economy of Pakistan. That being said, the sudden decision of the resigns of influential personalities such as Zafar Mirza and Tania Aidrus is of due importance. Two entirely special bodies who have resigned from their position in the government and things might be turbulent for Pakistan’s government in the coming year!

Right after Tania Aidrus, who was heading up the main project on ‘Digital Pakistan’, gave her resignation, a recent tweet from Zafar Mirza who was working for World Health Organization (WHO) is also resigning from his position.

According to his tweet, he mentions that he is very happy that Pakistan was capable of reducing the number of COVID-19 patients so miraculously; however, it is time now that he resigns from that position.

Due to ongoing negative discussion about the role of SAPMs & criticism on the gov, I choose to resign. Pakistani people deserve a better health care. I have worked sincerely to contribute to this cause. 🇵🇰 will Inshallah emerge out of COVID-19 with a stronger hlth care system.

He also adds that he has worked diligently for the health care system of Pakistan; however, negative comments and discussion has made him think otherwise. He wishes prosperity and a lot of success for Pakistan. He is the second special assistant to have resigned right after Tania Aidrus.

Zafar Mirza adds that he is glad to leave at a time when COVID is declining in numerous figures. He also mentions that he took the office and left his job; and came to Pakistan on a personal invitation by Prime Minister Imran Khan. Simultaneously, nearby sources have disclosed that in actuality, Zafar Mirza was asked to resign from his position. 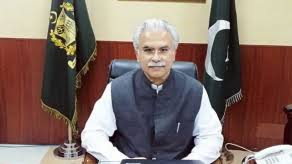 At the moment no confirmation has been made. Even the Supreme Court of Pakistan has been displeased by him. In fact, nearby sources also confirm that a few minutes prior to his resignation, the official was making important calls with contacts.

It is also to bring into focus that Zafar Mirza was working with Dr. Faisal and Asad Umar; where he failed to control medicinal prices, management of hospitals even deflated. Even Prime Minister Imran Khan has reprimanded him in the past for the negligence.

As of now, no confirmation regarding the news has been made and we don’t know when an announcement will be made for further confirmation. Let’s hope everything gets into control soon.

YouTuber Zaid Ali Opens Up About His Struggles & Having Suicidal Thoughts
From An Innocent Child To A Notorious Harasser – What Went Wrong?
To Top