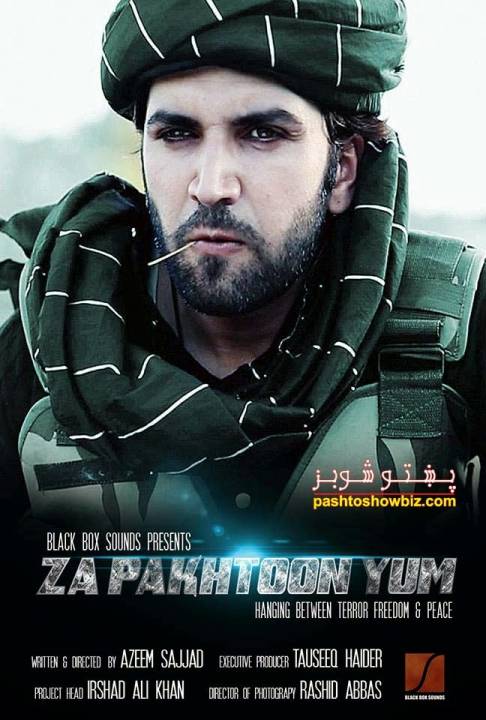 Pakistani dramas have been following traditional storylines since long the inception of Pakistani drama industry. The story revolves around the issues such as poverty, misery of a girl caused by her in-laws, societal norms, marriage issues, and chauvinism to suppress women. We have been witnessing these issues for quite a while now, and it’s time that Pakistani dramas incorporate the other problems faced by society today.

Over the past 2 decades, we as the society have faced numerous intricate issues that brought detrimental effect on the social fabric of Pakistan. These problems brought divisions among different sections of society making each group intolerable to the other. Our nation seems to be divided into extremities. The divergent of opinions in depicted in issues ranging from Shia-Sunni to Punjabi-Sindhi, extremist mindsets to liberal mindsets, pro-women rights to chauvinist narratives. These diverge opinions are conspicuous in our society today. Our Pakistani dramas reflected upon these issues numerous times following a specific cultural pathway. However, Pukhtoon Pakistani dramas have failed to address these problems in order to educate the audience. Pukhtoon Pakistani dramas seem not have taken any advantage of evolved electronic media, technology and liberal narratives. Pukhtoon Pakistani dramas continue to address conventional and traditional issues such as duel between the tribes, killings, and women issues, thus limiting scope for themselves and the audience.

Pukhtoon Pakistani dramas, as a part of Pakistani dramas, should address that the militancy and extremism are not part of their culture. The misinterpretation of national media of Pukhtoon ’s ignorant attitude towards children and women draws huge attention of present Pukhtoon  Pakistani dramas. So, what we see in Pukhtoon movies and dramas that a guy, usually a killer, is dancing on the hilly areas with Ak-47 in his hand is least the depiction of Pukhtoon culture. Pukhtoons are not warmongers; rather, they are peaceful, tolerant, and generous people.  Pukhtoons don’t deserve to be portrayed in the way which they are not. 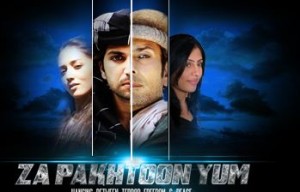 Azeem Sajjad is one guy who has taken responsibility to depict the real culture of Pukhtoons in a right way. Azeem Saajad is writer and director of ‘Za Pakhtoon Yum’ which means ‘I am a Pukhtoon’. This Pukhtoon Pakistani drama is expected to drastically change the perception of people towards Pukhtoons. Azeem Sajjad, has not only set the Pukhtoon -Pakistani dramas in the right direction but also set the benchmark for upcoming Pukhtoon dramas and movies that tend to repeat clichéd stories.

‘Za Pukhtoon Yum’ touches the prominent issues faced by Pukhtoons. The most important message conveyed in the ‘Za Pukhtoon  Yum’ is that the religion and region have little to do with the terrorism. This Pukhtoon Pakistani drama informs about the reality that how innocent young adults are located by charlatans, portraying themselves as experts of Islam and manipulating Islamic knowledge, seemingly for protection of Islam but the real motive is to achieve their mischievous goals.

‘Za Pukhtoon  Yum’, a Pukhtoon drama, begins with the murder of a local folk singer in the areas occupied by a group of terrorists who smug about their authority over Islam and regard themselves as ‘defenders’ of Islam.

The director of this Pukhtoon drama, Azeem Sajjad, has also shown the role of patriotic citizens having different occupations and they are mindful of their duties towards the country. Each of them fulfills the duty in his own unique way. The Pukhtoon drama also shows the courageous (Bahadar Khan), the head of a tribe, raises the voice against the barbarism of terrorists and as the result, gets killed by terrorists. The mission of Bahadar Khan is carried by is daughter Laleen, after his death. Laleen, after knowing the hidden agendas of Taliban, concludes that Taliban are not the representatives of Islam, but are the ‘fitna’ in the society. Pukhtoon drama shows that Laleen dedicates her life to educate and inform people in the tribal areas about the barbaric aims of Taliban. She commits herself to destroy Taliban even if it takes her life. This Pukhtoon drama becomes more dramatic as she is seen educating terrorists about the true message of Islam while she was in their custody. 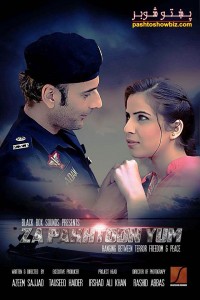 The multi-faceted Pukhtoon drama also portrays the positive image of our brave and formidable Police force that definitely boosts the morale of police in the tribal areas to fight the menace of terrorism. The Police Officer Adam Khan is shown as a brave officer who serves his duty with passion to serve the country. The terrorists attack kills his child, despite this incident, he continues to pursue his goal to protect citizens in the face of ferocious Taliban.

The Pukhtoon Pakistani drama, most importantly, destroys all the misconceptions of backwardness of Pukhtoon Society by acknowledging and promoting the education of women in Pukhtoon Society. The storyline conveys the message to viewers in a subtle way that Pukhtoon don’t treat the women as most of people think they do. Zarmina, the wife of slain Police Officer plays the role of columnists and exactly portrays the real image of Pukhtoon woman as incorporated in Pukhtoon culture. 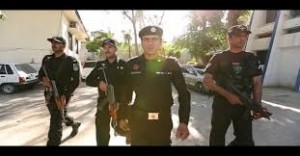 Every Bollywood Superstar Cleaned the dirty streets of India, showed support to ‘Clean India’ campaign!
MQM’s politics of divisiveness will divide up itself
To Top