Yunus Emre: Here’s What You Need To Know About The Sufi Turkish Drama Series

The series was first premiered on June 18, 2015, at TRT 1 in Turkey. Moreover, the series is about the life of Yunus Emre, the Sufi saint of the 14th century. The Saint, Yunus Emre later became a poet who greatly impacted the Anatolian culture. 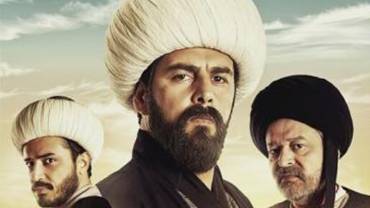 The T.V series showcases, how the mystics operated in Turkey and the way of Sufis. As Mongol annexations are getting more recurrent, Yunus Emre travels to Nallihan where he joins a post of Qazi (Judge) as Seljuk official. After going to Taptuk Emre’s dergâh (dervish monastery), he begins to follow the journey of a dervish.

Yunus Emre, also known as Dervish Yunus was the Dervish who lived in the era from 1238 to 1320. He was a Turkish folk poet and Sufi, a mystic. His name, Yunus, is similar to the English name ‘Jonah’. In addition, his writings are in the old Anatolian Turkish language, a precursor of modern Turkish.

In the year 1991, the UNESCO General Conference collectively passed a resolution declaring 1991, the 750th anniversary of the Yunus’s birth; “The International Yunus Emre Year”.

Yunus Emre has exercised immense influence on Turkish literature from his own day until the present, because Yunus Emre is, following Ahmet Yeseviand Sultan Walad, one of the first appreciated poets to have written works in spoken Turkish of his era and area rather than in Persian or Arabic.

Besides, his style is very resembling the popular language of the people in Central and Western Anatolia…He wrote several poems depicting his love for Allah and about Sufism.

Though Yunus Emre went Nallihan as Qazi (judge), her turned out to be a Sufi. It took several years of spiritual teaching and training for poet Yunus Emre to defeat his ego. Under the instruction of Tapduk Emre, Yunus’s Sufi master, Yunus Emre molded from a proud and strict Sharia legal scholar into a Dervish fully dedicated to Allah and seeking Tauheed.

Also Read: Ertuğrul: Here’s What You Need To Know About The Famous Turkish Drama Series 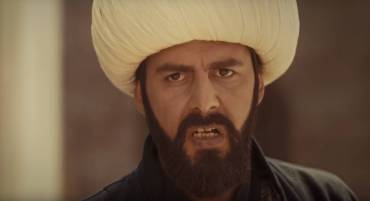 A certain scene of the series depicts Yunus Emre reaches in the dark, a room of a Dervish monastery with a candle, Yunus was absorbed in a thought; his arms wrapped, his head somewhat bowed with closed eyes. He wears a long hodgepodge coat and an Islamic turban. He recites poetry: “The heart of the one who loves is the God’s throne, the creator adopts it as his own; grief-stricken and miserable is he who breaks a heart.”

Throughout two seasons, the series depicts the story of the famous Turkish saint Yunus Emre. With careful consideration to detail, excellent actors, elegantly delivered dialogues, a taste of drama, and a soundtrack composed around the Ney, a flute-like instrument favored by the Dervishes, Turkey’s broadcaster TRT spent a lot in this rich production.

The series was broadcasted in 2015 and 2016, proved a huge hit with millions of inside Tukey and across the world. Furthermore, the 44-part series became so popular that it is available on various television services like Netflix.

The series has two seasons. It tries to exhibit the popular Sufi culture of Islam. Besides, it showcases how Sufis are trained; how the Sufi master inculcates spiritual Islamic teachings in his pupil. Furthermore, the Drama serial showcases, the difference between Sufis and orthodox Islamic scholars.

Moreover, it portrays how inner self gets purified with the certain commandments of a Sufi Master. Not only Zikr/ Dhikr but physical tasks and actions help one to achieve piety and closeness to Allah. The journey of Yunus Emre is fulfilled with happiness, glooms, adversities, and most importantly with particular spiritual teachings.

After recommending Ertugrul Ghazi Imran Khan recommends Yunus Emre to the denizens of Pakistan. Faisal Khan Twitter about the series. He wrote, “Yunus Emre was well versed in mystical philosophy, especially that of the 13th-century poet and mystic Jalaluddin Rumi. The serial is a great example of a meticulous attention to detail.”

To conclude, Yunus Emre is a drama series that can enhance your knowledge of Sufism, Islam, and Islamic culture. Furthermore, it exhibits, how a Sufi master turns his disciple from a worldly man to a spiritual being. And, soon Pakistan Television Corporation PTV will play the series.