Youth And Citizenship In Pakistan

The story is originally written by Mir Meharullah Menga.

The youth are a large part of Pakistan’s population at the moment. Hence, they are the largest single demographic in the country. The restlessness among the youth is also at its height in the country. The level of frustration among the youth of Pakistan is very patent. Yet government after government has been unable to grasp its problems and offer constructive and lasting solutions.

Recently I was in Punjab at the launch of the skills development program initiated under the Kamyab Jawan program. Under this initiative, the National Vocational and Technical Training Commission has partnered with the Information Technology University in Lahore to bring a six-month high tech skills program to the youth in Punjab. 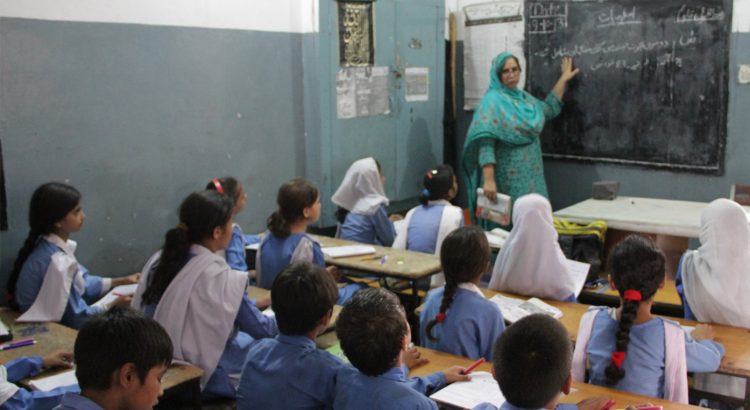 This collaboration aims to bring high-end technical skills to the youth so that they can not only be employable locally but also offer their skills and expertise abroad. With over 10,000 people applying for just 1,200 places, it was clear that there was great demand, and that the program can easily be scaled up. This skills program and its ancillary initiatives are perhaps the largest in recent years. It can bring in some positive change in the country.

Several other factors about the program

However, the launch of the program pointed out several factors, which also must be addressed if this ‘youth bulge’ is to be transformed from a liability to an opportunity. Let me discuss a few points.

The poor education system in Pakistan

First, the very launch of this program shows that there is something deeply wrong with our higher educations system. We have over two hundred universities in Pakistan which produce millions of graduates, a large number now in technical fields. In the last nearly twenty years, since the inception of the Higher Education Commission, there has been a dramatic change. But it is not just a game of sheer numbers.

As Federal Minister for Education Shafqat Mehmood noted when once he had to hire for a technical job, he got a number of theoretically qualified scientists, but none of them had even seen the machine he wanted to operate. The fact that scores of people got a degree in mechanical engineering, without having to operate even the basic machines in the field. It made the degree hollow—a mere piece of paper.

The grant of such a degree without some experience on the applied side is undermining the degree itself. Therefore, a wholesale revamping of degree programs in Pakistan needs to be undertaken so that they complement the theoretical with the applied, the textual knowledge. Only then will a truly ‘educated’ person graduate with a degree worth its name.

Doing so will also enable the Kamyab Jawan program to focus on the non-degree holder youth group and provide them with skills. At the moment, a large number of people who have applied for the program already have a degree. In some cases, even a master’s degree, and so half the time this program will do what a university should have already done. The only way in which such a program can succeed is when universities provide skills to their students and programs such as these enable the non-degree population.

Therefore, a wholesale revamping of degree programs in Pakistan needs to be undertaken.

They have produced thousands of science graduates with little understanding of society. Universities give degrees to scores of humanities students who have little clue of the world around them. They have given certificates to tons of social science graduates who have made little contribution to the development of their discipline let alone the country. This was mainly because the public sector universities were shielded from change by large government grants, while the private ones largely cared about making money.

However, it is only through the integration of different sectors—academia, industry, vocational training, etc, that actual development can come. For example, if academia and industry do not speak to each other, millions of STEM graduates [the ones in high demand] might end up with useless degrees. Therefore, interaction and integration of academia with other sectors must be an integral part of every education policy. In fact, funding should be dependent on it.

Thirdly, and perhaps most importantly, in the rush to develop ‘skills,’ one should not forget the most important skill of all—thinking. It is only through free-thinking that creative ideas emerge, innovation takes birth, and change is fostered. Free thinking is predicated in a system, and society, where there is freedom of thought and expression. Where there are only the minimal of curbs on speech, and where one is able to express oneself without fear. ‘Critical thinking’ as it is sometimes called, is an essential skill for the development of a country. Without it, one can make technicians and low-end workers, but never leaders and changemakers.

In developing critical thinking the role of the humanities and social sciences is essential. Most of our philosophy, literature, history, and allied departments are often treated as step-children when it comes to funding and promotion. These disciplines cannot be any longer treated separately. In the integrated knowledge economy of the world, it is the interdisciplinary approach of all disciplines which is leading towards sustainable development. In fact, if one looks at various world leaders, a number of their top executives have degrees in the humanities. This is because even in technology-driven companies one needs fresh thinking. It fosters to lead to innovation and development. Therefore the development of an integrated approach where the humanities play a central role with the STEM disciplines is essential.

Be a responsible citizen of Pakistan

Lastly, all of the above points towards the creation of a more informed and responsible citizenship model in Pakistan. For a long time, Pakistan has been run from the top, with the government taking the lead in almost everything. But while the government has certain roles and responsibilities, the real onus is on the people. The government only needs to provide and sustain an enabling environment in which effort is then led by the people.

Given the large youth population in Pakistan, it is the right time to harness its potential and skills. So that they can become responsible citizens of Pakistan.

After Qmobile, Esra Bilgic Becomes Brand Ambassador For Jazz
WATCH: A Runaway Cow Meets A Tragic End After Colliding With A Car In Rawalpindi
To Top