A leading tech entrepreneur of global ride-sharing companies found dead in New York. On Monday afternoon, a beheaded and dismembered body of Fahim Saleh was discovered in his luxury apartment in Manhattan.

The young millionaire’s sister made the gruesome discovery in the apartment around 3:30 pm New York local time on Tuesday. She found out during a welfare check and called the New York Police Department (NYPD). 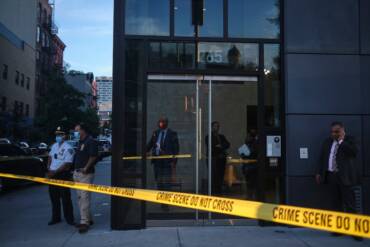 An official of the Bangladesh Embassy in Washington DC told Dhaka Tribune that they are aware of the incident. Moreover, the New York consulate is looking into the matter. Additionally, a detailed briefing will be given in the morning (New York local time).

Additionally, the decapitated and dismembered of Fahim got discovered in large plastic bags next to an electric saw at his apartment on Manhattan’s Lowest East Side in New York.

Who was Fahim Saleh?

The late 33-year-old belonged to a family of Bangladeshi immigrants. He created his first company while still in high school. Fahim co-founded Pathao in Bangladesh and Nepal with Hussain M Elius and Shifat Adnan in 2015.

In addition to this, just recently, he helped to find Nigerian motorbike taxi app Gokada. This app offers taxi and motorcycle driver service at the lowest price on the market. The young tech entrepreneur faced some setback after authorities in Lagos banned motorbike taxis earlier this year.

Furthermore, both companies have paid tribute to the entrepreneur.

Police are investigating it as a case of homicide.

According to US media reports, CCTV footage has been found from the building Saleh lived in. It shows him entering a lift with a man wearing a mask on Monday. The person also followed him into his apartment, and a fight began between the two. 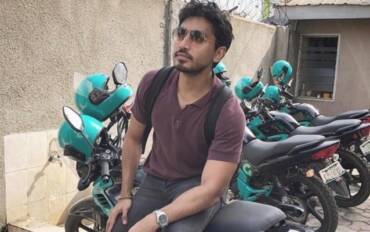 In addition to this, an unnamed source in law enforcement is reported to have told the New York Post that the crime scene looked like a ‘professional’ killing.

However, the police have not publicly commented on the case or any identity. However, Gokada, one of the firms Saleh co-founded, tweeted to confirm his death.

On Wednesday, the firm tweeted, “We are deeply saddened to inform you about the sudden and tragic loss of our founder and CEO, Fahim Saleh.”

We are shocked and saddened to hear the reports of the death of Fahim Saleh, one of the founding members of the Pathao team. Fahim believed in the potential for technology to transform lives in Bangladesh and beyond. He saw the promise in us, when all we had was a common purpose and a shared vision. He was, and will forever remain, an incredible inspiration for Pathao and our entire ecosystem.

As the casualty’s sister found the body, the police believe his sister’s arrival may have interrupted the evidence clean up. Reportedly, the electric saw was plugged in.

Moreover, although the medical examiner has not officially said ascertained the cause of death, the police are investigating the incident as a homicide. The self-made millionaire is also followed by the former US president Barack Obama on Twitter.