You Won't Believe What This Indian Sikh Said After India's Loss 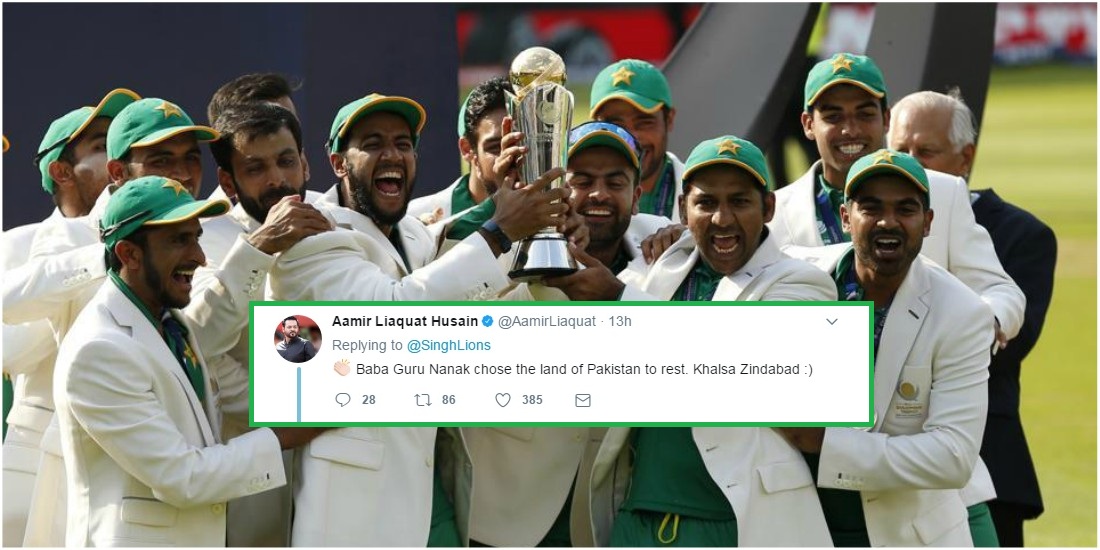 Pakistanis won comprehensively last night and shut their haters up. They really gave the best reply to the Indians who were so proud and overconfident and spewing hate against Pakistan. Told Rishi Kapoor and Sehwag that the really daddy is. It was one amazing moment, it was something Pakistanis have been waiting for so long. Pakistan’s victory made all Pakistanis happy but this one Indian sikh guy went against all odds and tweeted something not many Indians will. He told the world that Pakistan’s victory is his victory.

“Pakistanis are our brethren. Amritsar to Lahore is just 30 miles. Pak also the land of Baba Guru Nanak. Their win is our win! #INDvPAK

Isn’t this unbelievable? How many Indians do you come across every day who will ever be happy in Pakistan’s win especially if it is against India? Harjinder S Kukreja broke all barriers of hate and just spread love by saying this. He said that Pakistani is also the land of Baba Guru Nanak and our win is also their win. How beautiful is that? Harjinder showed the greatest level of love, appreciation and sportsmanship which most Indians lack.

Jemima quoted the tweet with a couple of emojis showing her appreciation. It was a great gesture from her.

And some were pissed

Pakistanis of course were very kind

Last night’s victory is something us Pakistanis cannot forget for a very long time. And if some Indian wants to be happy for us he is more than welcome.

This Recipe for Homemade Crispy Fried Chicken is so Good You’ll Never go to a Restaurant Again!
Fighters Explain What It Is Like To Get Rocked And It’s Damn Scary
To Top