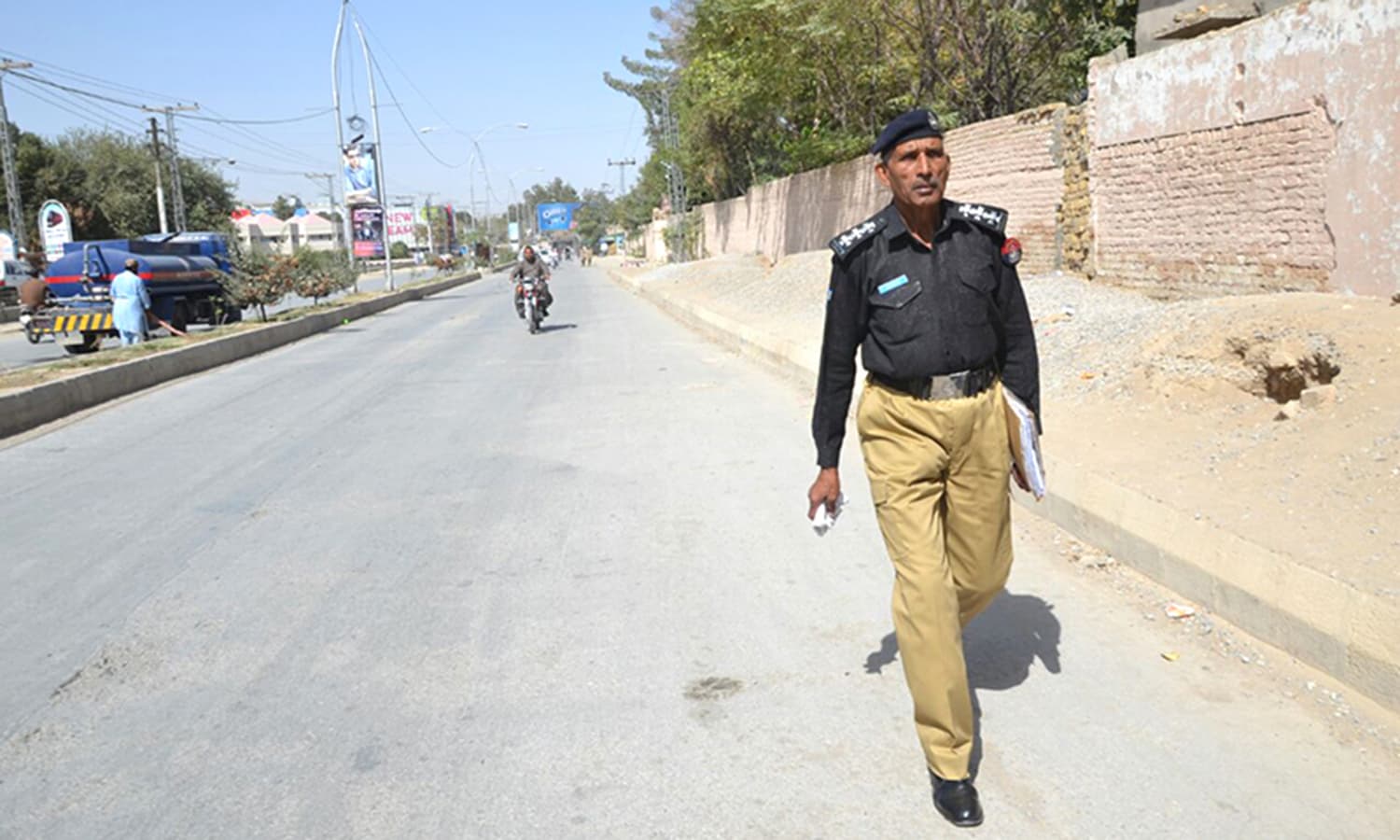 In Pakistan, when people talk about police, nothing good comes to mind. Such has become the image of our police force that we reconsider three times before filing for a First Investigation Report (FIR).

Bribery, corruption, politics, and lack of professionalism are just a few words we can relate to our modern age police force, may it be of any province. Nevertheless, we certainly do not want to take away any credits and respect from those men and women of our police who stay loyal to the national flag.

They are those who enforce laws, fight crimes, serve this soil till their last breath, and even wish to die for this country.

Among those people is Nazar Mohammad. Joined Balochistan police in 1974, he was given rank of constable. However, in 2006, he was promoted to inspector. Now, 10 years later, he has only a limited time left of service as he would be retiring in a year or so.

Inspector Nazar Mohammad is among the highly down-to-earth people of this world who do not care what people may whisper about them. Even after becoming an inspector, he still rides his bicycle to his police station every day. It takes about half an hour for him to reach his station but, he says that he does not mind at all.

He explained that people of Pakistan should take good care of resources that they have, for Pakistan is a struggling nation, and its resources are limited. His honesty and simplicity is well appreciated by his colleagues in the police force.

Living in a rented house with his sister, he makes just enough to pay-off PKR 10,000 rent of his home. His family consists of a daughter and three sons, two of which are employed in government sectors. He added that since maintenance and fuel cost for riding a bike was too high for his wage, he got used to bicycle, and has been riding it ever since. He never takes his police protocol for his personal purposes, and rides a police car only when on an official duty.

Beginning his career on a bicycle, he has no regrets while ending it in a same manner. Nazar Mohammad believes that he was granted a role of protecting his people and serving the nation. That is what he would do keeping all the unnecessary and unlawful luxuries well aside.

Pakistan is in dire need of honest, hardworking, and pragmatic government officials, especially for its police force. To find people who are as selfless as Inspector Nazar Mohammad is a difficult task in today’s world. However, one should not completely lose hope as solutions are present; only enforcement is required.

Indian Kabaddi Team Scared To Compete, Bans Pakistan From The World Cup
This Guy Secretly Recorded And Revealed The Truth About How Petrol Pumps Steal Our Money
To Top