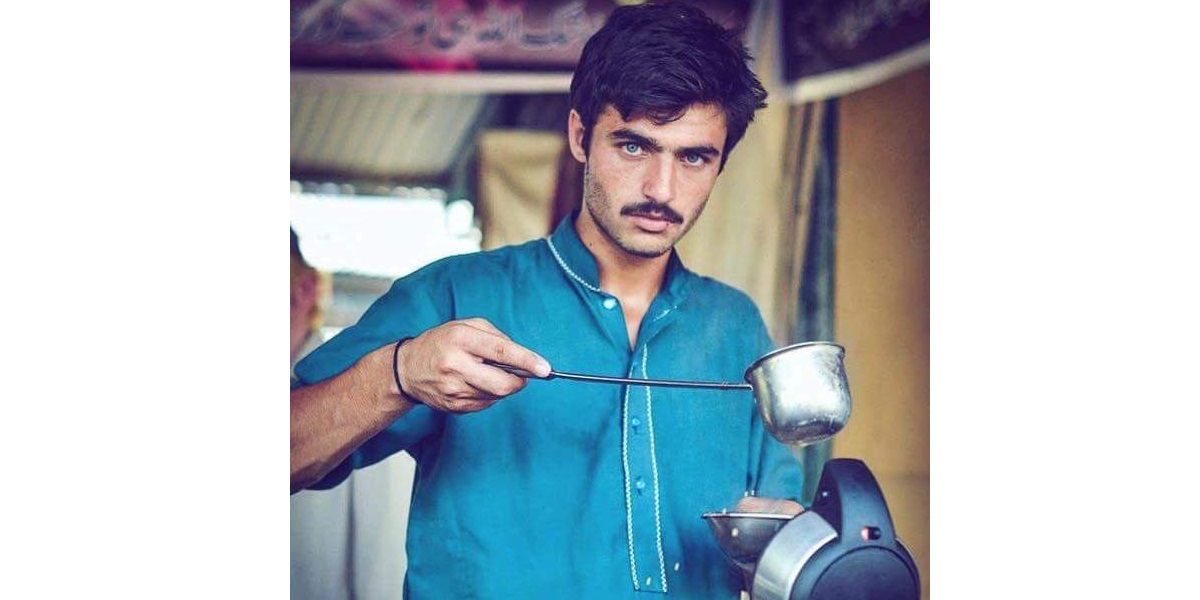 While Pakistani girls fight over Hamza Ali Abbasi and Fawad Khan, it appears that someone else might take over the television industry of Pakistan. This Chai Wala from Islamabad has taken the internet by storm. Girls find it hard to get their eyes off him. It’s not just his pretty face… but the way he carries himself. They blue-eyed stunner is hotter than the chai he makes. We won’t be surprised if he starts getting modeling offers or an offer to star in any upcoming Pakistani drama. Here’s how people are going over him…

this is the reason why pakistani men are on 3rd spot of sexiest men
even our chai wala is more attractive then indian star plussy faggots pic.twitter.com/J07NE6BGtE

That Goes Without Saying…

Yes or No, You Decide!

This Chai Wala In Islamabad is
More cute & Good Looking
Then the Whole Islamabad Itself. 😆😄😱😱😱👇👇👌👌✌ pic.twitter.com/IxHFVL4XXD

Some Started India-Pakistan Debate Again… Well, Is There Even A Comparison? :/

Even Guys Were Found Drooling Over Him…

The way this chai wala from Islamabad got fame overnight, it won’t be a surprise for us to see him in an upcoming drama or movie. If he does, no one would be happier than we are because that might change his life forever. Social media is a powerful tool, let’s see how it changes his life. If this guy becomes famous, he will owe it all to Jiah Ali for taking this next level picture and making it go viral.

Pakistan’s 400 Test is Second Ever Day Night Test
What Does Pakistani Women Want?
To Top