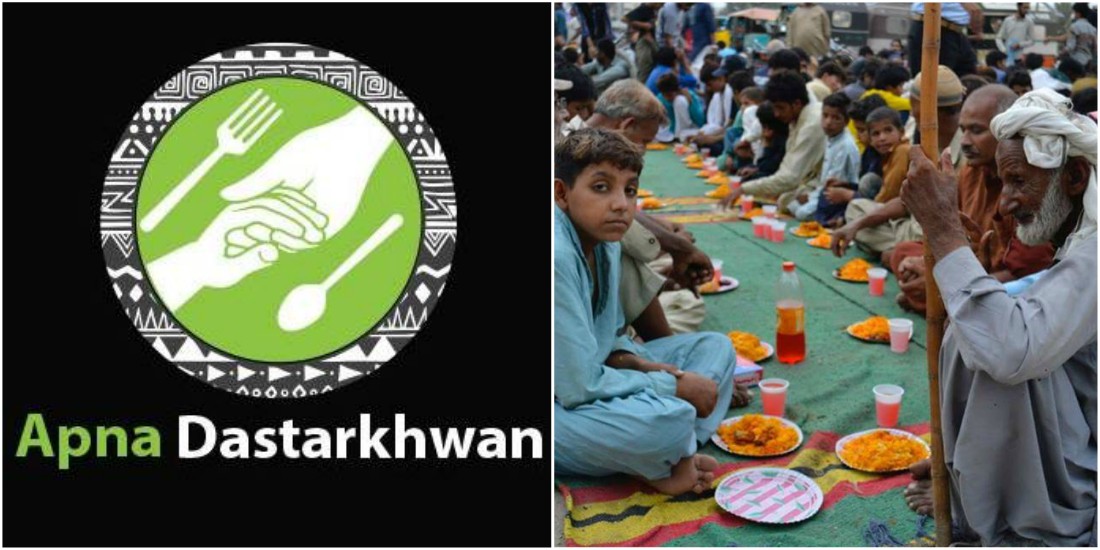 Dildar Hussain lives in Allah Banno Goth with his family of 9 children. His village is located on the route to Hawksbay and Mubarak Village. To get drinking water for his family he has to travel for about 2 hours to the nearest RO plant which is at a distance of approx 15 kilometers from his village.

Their area is deprived of basic facilities; there is no supply of clean drinking water and the shortage of food in most households. A group of friends from Karachi first visited Allah Banno Goth in July 2015 for distribution of sacrificial meat.

When they found out about the plight of this area they came back again with food/ration supplies along with drinking water for the villagers. Since then they have been visiting Allah Banno Goth and nearby villages like Lashkari Goth, Ismail Goth, Safar Goth, Jamali Goth, Faqir Mohammad Goth, Doulat Faqeer Goth, Haji Moosa Goth, Manjhar Goth (Sunehra) & Mohalla Bhand on a regular basis. 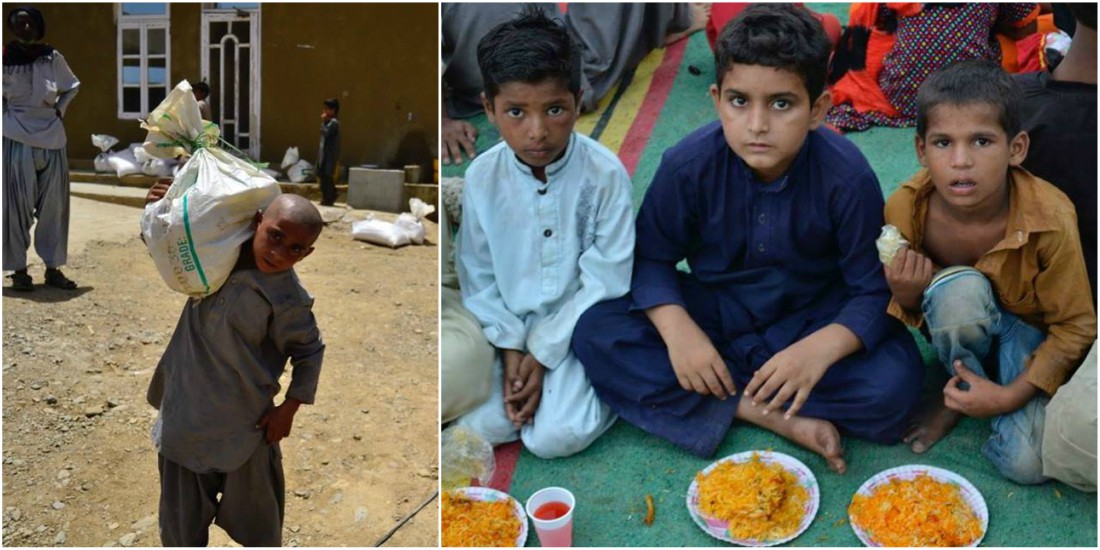 To carry on their work on a more organized level they formed Apna Dastarkhwan in September 2015 – it’s a group of professionals, students and like-minded individuals working together to reach out to poverty struck areas near and within Karachi.

The AD team identify areas with food/water shortage and regularly hold ration distribution and food camps. Apart from ration drives they also provide cooked meals for as low as Rs.10, six days a week through their running kitchens in different areas of the city. 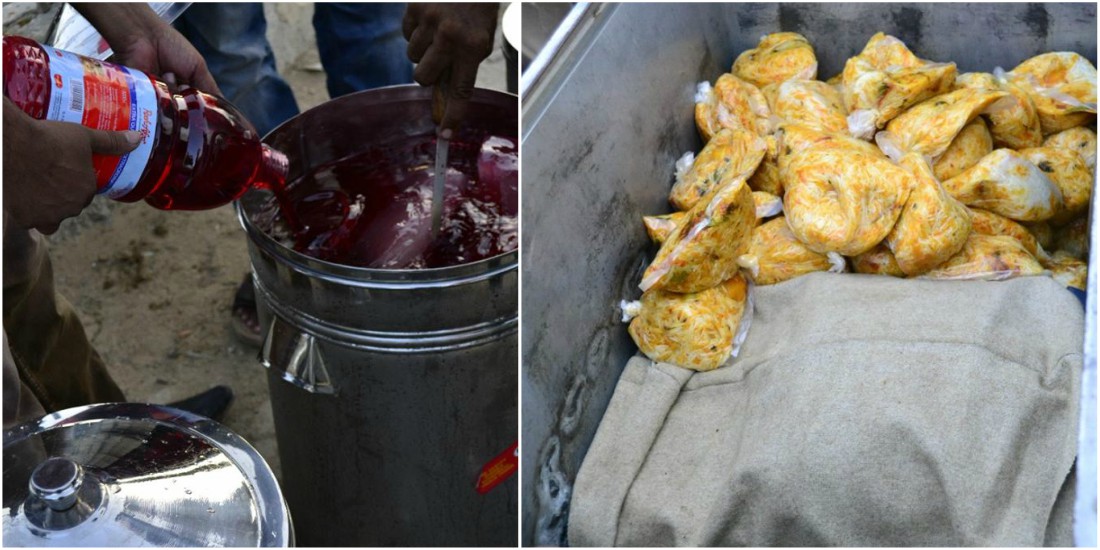 Ali Javed, one of the founders of Apna Dastarkhwan shared his team’s mission, “We believe every person is entitled to two full meals daily but with 50% of our population below poverty, it is next to impossible. Hunger leads to developmental problems like malnutrition, weakened immunity, stunted growth and psychological problems like rising in crime rates. Apna Dastarkhwan is trying to address these problems by meeting nutritional needs of people in underprivileged areas”.

Even though hunger is a major problem in our country, there is a lot of food that is being wasted on regular basis. According to an estimate, almost 40% of cooked food is wasted in Pakistan. This wastage of food mainly comes from hotels, restaurants, weddings and other such events. 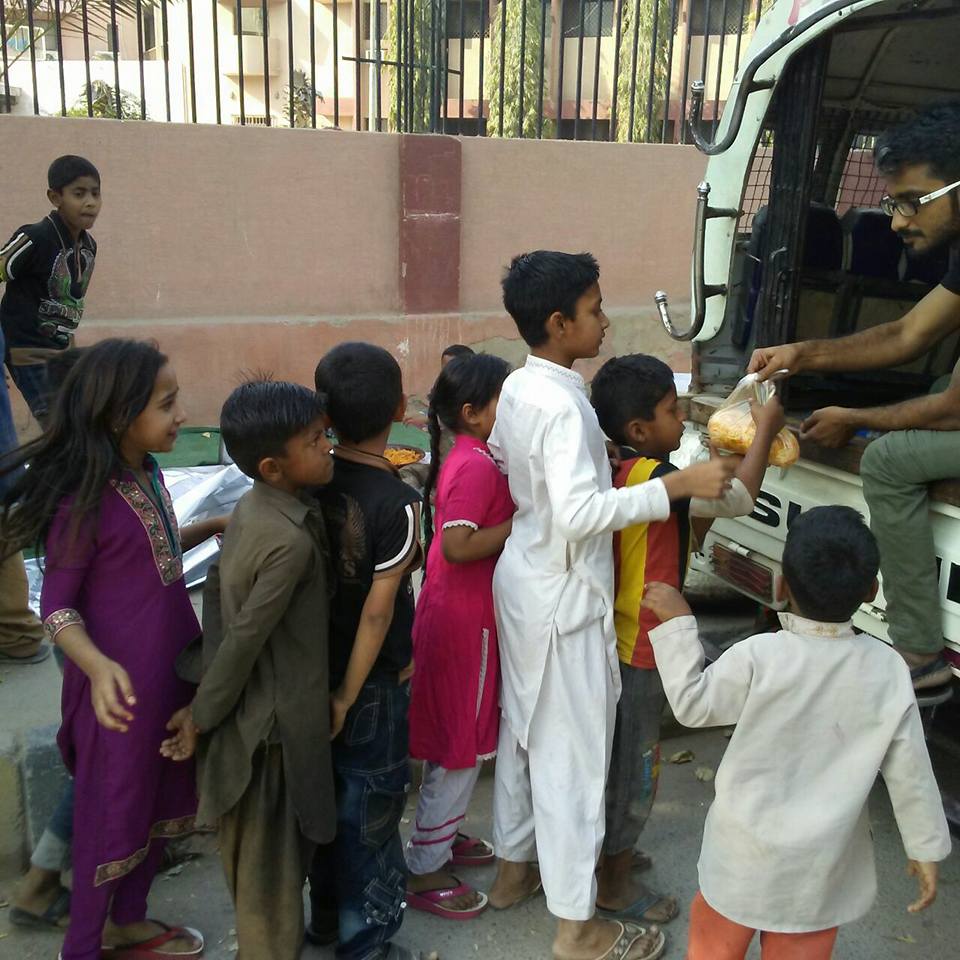 As part of their Ramzan campaign, Apna Dastarkhwan is running 3 food distribution centers in the city with the biggest one at Ziauddin Hospital Nazimabad. Iftar & Dinner is distributed daily among 400 – 450 people; other areas include Rasheedabad (North Karachi) & Omer Maingal Goth. 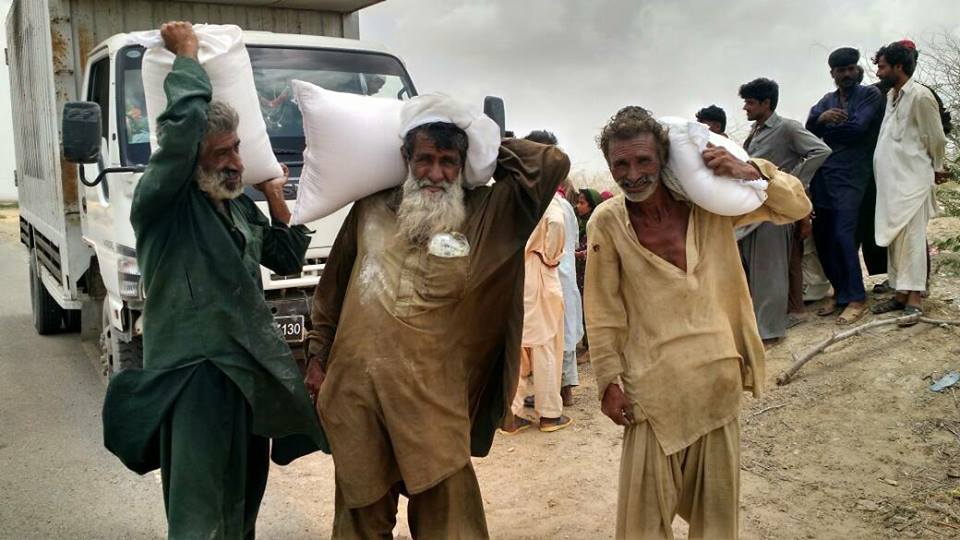 For their ration distribution drive, they are targeting rural Balochistan this year. During the first phase, they are planning to reach at least 750 households in Shah Noorani village in Khuzdar district.

“This year we are working towards increasing our distribution centers so that we can reach out to more people. We want to work in areas where no other group/NGO is present” says Farheen Moazzam Danyaal, one of the founding members of Apna Dastarkhwan.

It is heart warming to see such initiatives from young professionals who want to contribute in one way or the other to eradicate poverty and improve the quality of life. Apna Dastarkhwan has made an impact in a very short span of time with their small but dedicated team working selflessly throughout the year.

As they say, “you can’t build a peaceful world on empty stomachs and human misery”, it is vital to lessen increasing disparity in our society before dreaming for peace.

Here’s How Kashmir Celebrated Pakistan’s Stunning Victory Over India
The Friendship Between Pakistani Actor Noor Hassan And Indian Actress Sara Khan Is Something You Need To Read About!
To Top