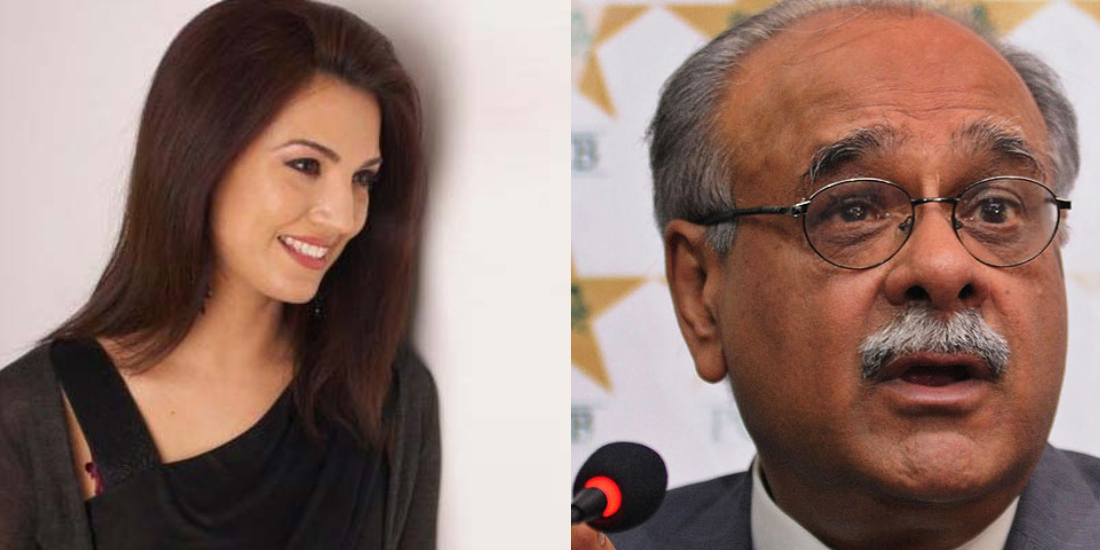 Reham Khan is not going to go down from the headlines anytime soon. She keeps throwing controversies like anything. From “not-minding-her-own-business” in Imran Khan’s third marriage, to go as far as writing a whole book on him. And the funny part is that she didn’t even give any credit to Imran or anyone. Ary bhaee! The whole content of the book was taken from Imran’s life and his surroundings. Rather, the author was highly motivated by the right doings and wrongdoings of Imran Khan. LOL!

Well, now after her book was published right ten days before election 2018. Imran did not remain the same ordinary Imran, he is now the PM! Prime Minister of Pakistan.

But she clearly doesn’t seem to be giving any flying f**ks. When the pages of the book started ending, she again started writing but this time it’s on twitter. Every day the world wakes up to see something new coming from her on her twitter.

This time, its something VERY SERIOUS!

Remember the first atomic bomb when it was thrown over Hiroshima. But the second one over Nagasaki was completely unannounced; because people were still in the trauma of the first one.

Rumours circulating that two stinking rats @najamsethi and @husainhaqqani are hands and gloves with @RehamKhan1 in writing her farrago of fifty lies aka book. #HumBhiPakistanHain

Najam Sethi was so petrified of Imran's vendetta he stayed well away from me. He doesn't know I am not likely to forgive either. https://t.co/Aw5BXJGSZx

The truth probably is that we are BOTH petrified of YOU! ? [Have a sense of humour!]

You are well advised to be petrified.
Brace yourself the next book will include your qisa ? https://t.co/3QbhJI3hx0

Yeah, right! The second atomic bomb on Pakistan would be coming anytime soon. Dropped by non-other than Reham Khan. Some sarcasm is serious that you are confused to comprehend at what just happened!

How do we interpret this? Is she REALLY writing another book or she’s just trolling Najam! Oh, GOD! Oh dear God.

Hope it’s not another “fifty lies” compiled in one book! You never know because we all are aware of what she’s capable of.