Yazidi Women Refugees Treated Worse Than A Slave By ISIS 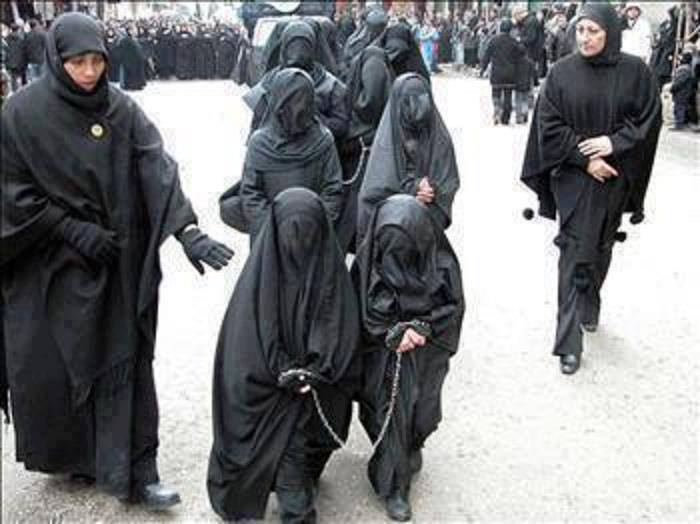 The Yazidi refugees, most of them Kids, who escaped the ISIS terrorists are seen at Refugee Camp in Northern Syria.

As the night falls upon the Kurdish city of Dohuk in northern Iraq, the pin-drop silence prevails in khanke refugee camp near the Dohuk. Winters have befallen and brought the rain and cold haunting the refugees.

A fire is lit to keep warm but it has its perils too. The tents in the refugee camp are too crowded and yazidi families residing in them cannot protect themselves from the rain. The crowded tents are too closely connected that they can catch fire in no time leading to deaths of thousands. As many as 60,000 Yazidi refugees live in these tents. Most of these people escaped from the atrocious attacks of ISIS on Mount Sinjar last summers. Every person has some relative who was either killed or is still missing after the ferocious attack of terrorist group ISIS. 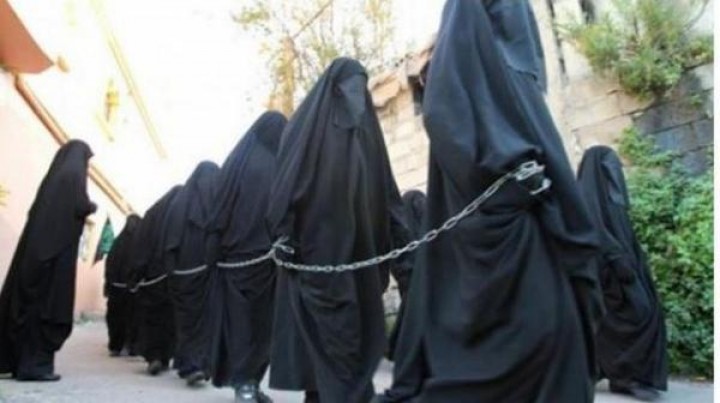 If you ask any refugee, he comes up with the story of his sister, daughter, or wife kidnapped, murdered, or raped. Some of their women are still being used as trading items in modern slave markets established by ISIS in Syria and Iraq. The video clips are uploaded on YouTube by ISIS groups showing the women sold on auction in the markets of Raqqah and Mosul, the strongholds of ISIS in Syria and Iraq respectively.

The ISIS jihadists further their inhumane cause by misinterpreting the Holy Quran and using it as justification for their deeds. They consider the Yazidis as infidels who may be traded like animals.

The ISIS atrocities are increasing day by day as more people are executed on daily basis under the pretext of Shariah law, the Islamic religious law. Propagating the violence, ISIS ignores the peaceful principle of Islam and practices the violence openly. ISIS has enslaved thousands of Yazidi women. Many of kidnapped women managed to escape after giving out hefty ransoms to ISIS hooligans who are thirsty for money and blood. But, families who cannot afford the high amount of ransoms for their daughters have the hopes only attached to God.

Those women who even manage to escape are not ascertained the freedom. They have to walk miles on their own to reach their families as they cannot return to Mount Sinjar, the thousand years old home town for Yazidi community now occupied by ISIS. Moreover, there is no guarantee that any other faction of ISIS doesn’t kidnap them again.

The Kurdish government has set up another camp at Erbil in Dohuk especially for women who escaped. The steps have been taken by Dr. Mirza Dinnayi, the head of Yazidi community, who is staying Erbil to show the solidarity with the Refugees. He made contract with German government to send the women to Germany for medical treatment and rehabilitation.

It is appalling to know that the brutal actions of ISIS are not openly condemned by the Arab world. A letter approved by 126 Islamic scholars across the world described the Islamic State’s actions as complete breach of Islamic law and against humanity by all means. But, one expects the Arab world leaders to come open and condemn the actions of Islamic state. They should announce the concrete policy against the brutal ISIS and take actions for its elimination.

Islamic State merely does openly what others do in secret. Black jeeps with license plates from the Persian Gulf states arrive every day at the Zaatari refugee camp in Jordan, in which roughly 18,000 Syrian refugees are crowded together. Inside the jeeps are wealthy men from Jordan and the Gulf states who are looking for wives.

One wonders if any action of Islamic State is according to Islamic principles. Islamic State openly gets involved in selling the Syrian women refugees to rich prices of Jordan. According to reports, every day 18000 women are gathered at Zaatari Refugee camp and rich men from Jordan visit every day to choose woman. These wealthy men purchase the women and make them their wives. After some time when their pleasure needs are fulfilled, they give them divorce and send them back to refugee camp. This sad practice occurs every day. What’s more depressing is that the girls whom they marry are as young as 12 or 13 years old. And the men marrying them are over 60 or of even elder age at times. “The situation in the refugee camps in Syria and Jordan, in Turkey and Lebanon, is depressing to the core,” said Ali, a Syrian refugee who stays around the camp to help the other refugees. “The women who live there have already been mistreated by ISIS terrorists and now, in these camps, there is no end to their sufferings.”

Ahmed further said, “It’s very sad that the exploitation is being abetted by the Syrians themselves and by other Arabs.”

They take orders from the wealthy men belonging from different countries in the region and arrange the suitable girl from the refugee camps. 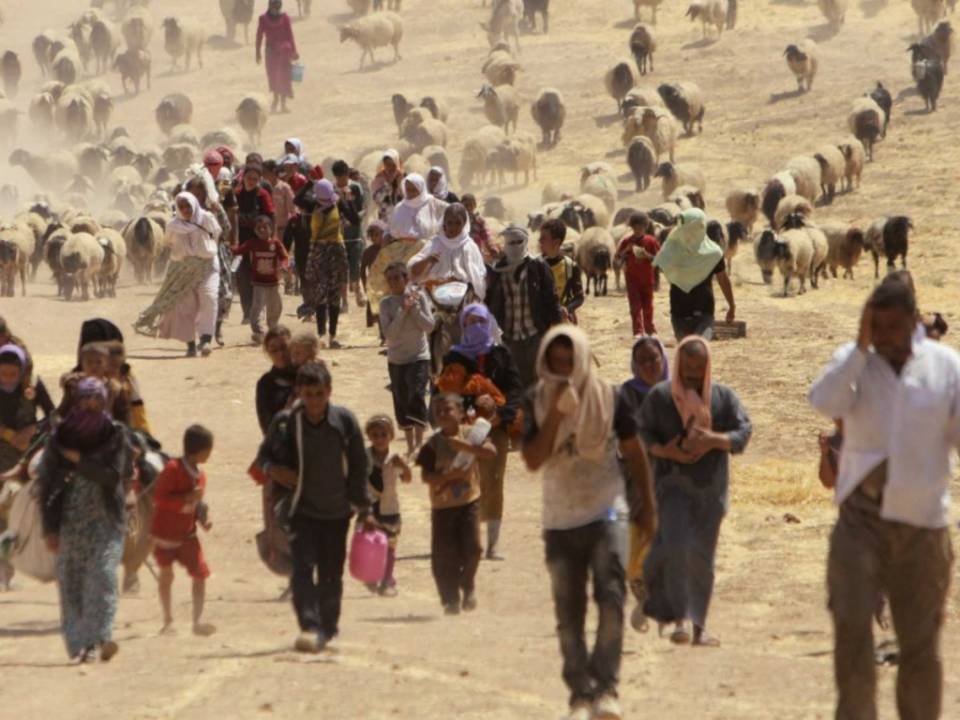 These activities are not only practice din syriuan refugee camps but it started from the Egypt. Egypt has a bride city named “El Hammadiya” where the local girls are gathered to be chosen by wealthy men belonging from different countries in the region. It is nothing less than market where women are sold in the name of getting them married as these wealthy men abandon them after few days of getting married.

The ISIS members uploaded a video on internet showing that they had enslaved the girls and would soon buy more young women to be enslaved. Shockingly, the people mainly belonging from Jordan and Egypt who watched the video acknowledged and supported this brutal activity of ISIS. It is sadistic to the core to know that numerous Muslim scholars such as Dr. Ammar Nakshwani and Anjem Choudhary have supported the slavery notion of ISIS. They regard slavery as inevitable practice and could not be eradicated. Few of the self proclaimed Islamic scholars showed willingness to move to Islamic State provided they are not prosecuted in their native land. 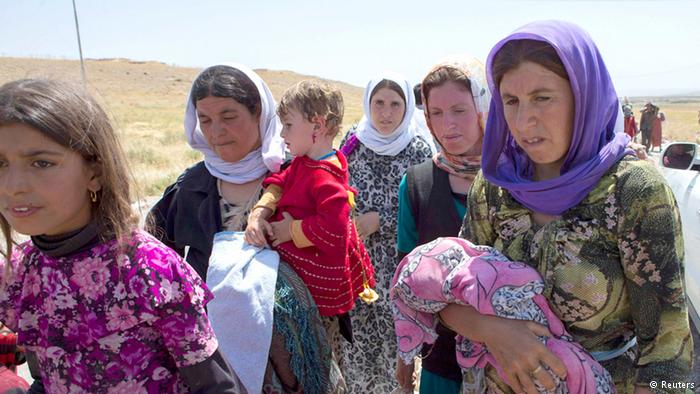 Looking at the ignorance of these people and the neutralization, if not the opposition, of most of inhabitants in the region to ISIS’s crimes against humanity, it is not hard to understand the reasons for ISIS are increasing popularity. One wonders, if civil society in most of countries in the Middle East holistically don’t consider the slavery as the crime against humanity, the ISIS should not be solely blamed then.

After ‘The Interview’, the North Korean Group ‘Lizard Squad’ Hacks Xbox and PlayStation Online Services
Amir Liaquat Watching a Guy Doing His Parody Infront of Him!
To Top