Pakistani celebrities are always trying to woo the public with their glamour and lavish lifestyle. It is more than often that we get to see them sharing snippets about their extravagant lifestyle. Actor Yasir Hussain is also a pro in sharing his views on different aspects, from making controversial statements to contradicting stars.

A lot of times, Hussain is sharing his views. In addition to that, He is always getting back at his haters with his witty sarcasm and attitude. However, this time things took a rather bizarre turn, where Hussain posted a candid picture of him on the phone, which he captioned:

Although this post was directly addressed to all his haters, one of them thought it might be funny to troll him still; and baring no caution to the wind took the initiative to make fun of the screenwriter. And let’s just say things did not bode well with the actor at all.

Yasir Hussain replies to the hater

Knowing Hussain’s history on how to deal with haters, we knew there will be no mercy; and to be honest, this hater was returned with the same hate he had shown to Hussain.

He replied saying that he was delighted to be compared to such a good person, however, he is surprised to see how much hate a person can hold within themselves. 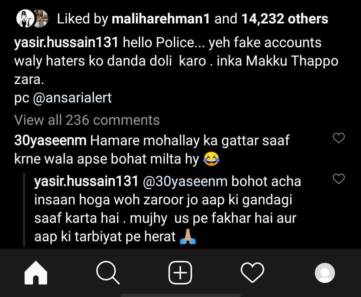 The only thing we are amazed at is, it doesn’t seem Hussain is in need of any police or other official authority. He himself is enough to take care of all the haters and trolls. In fact, this star is just beyond savage! This isn’t the first time,  Hussain is baring his canines, after receiving hate. 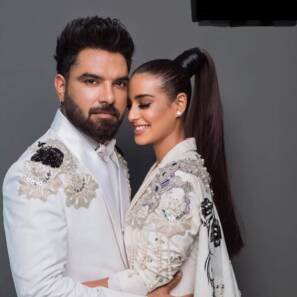 Once he managed to anger a large number of Pakistanis after accidentally or deliberately making fun of a serious question, which he turned into a transphobic joke. Not only was it appalling, rather, but it also made us wonder if Hussain was doing it for the sake of a publicity stunt.

In a nutshell, one thing is clear, one should never mess with Hussain. Not only is he going to fight back, but he is also going to render you speechless with his wittiness and extraordinary sarcasm.

Let us just hope, till then Hussain doesn’t manage to get into another heap of trouble with his bluntness.