No matter where you are in Pakistan, the majority of people have only one word on their mouths. Ertugrul. That is the impact of the show which showcases Islamic history in the finest fashion. A product of the Turkish, but it seems like Ertugrul has really found the epitome of fame in Pakistan.

However, fame for some is agony for others. Pakistani stars and celebrities are feeling the heat of the Ertugrul fever, ever since the show got viral in Pakistan. Due to the fame being given to Esra Bilgic and Engin Duzyatan in abundance, a factor of concern has risen in the entertainment industry. 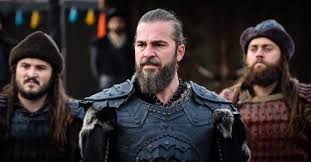 After Reema, Shaan Shahid, and others, finally, youngster Yasir Hussain has also spoken on the issue. This is what he had to say.

“When your brother is fired from his bank job, sister is out of school, and father is laid off from his job, and instead Turkish people are enrolled instead of them, then you might know why I’m saying this.”

He went to add that: “PTV is national TV. Remember this.” – Yasir emphasized the fact that the PTV milking the Ertugrul series was a loss for the national celebrities. He wanted to say that because the Turkish actors are getting so much fame, it leaves no room for Pakistanis. 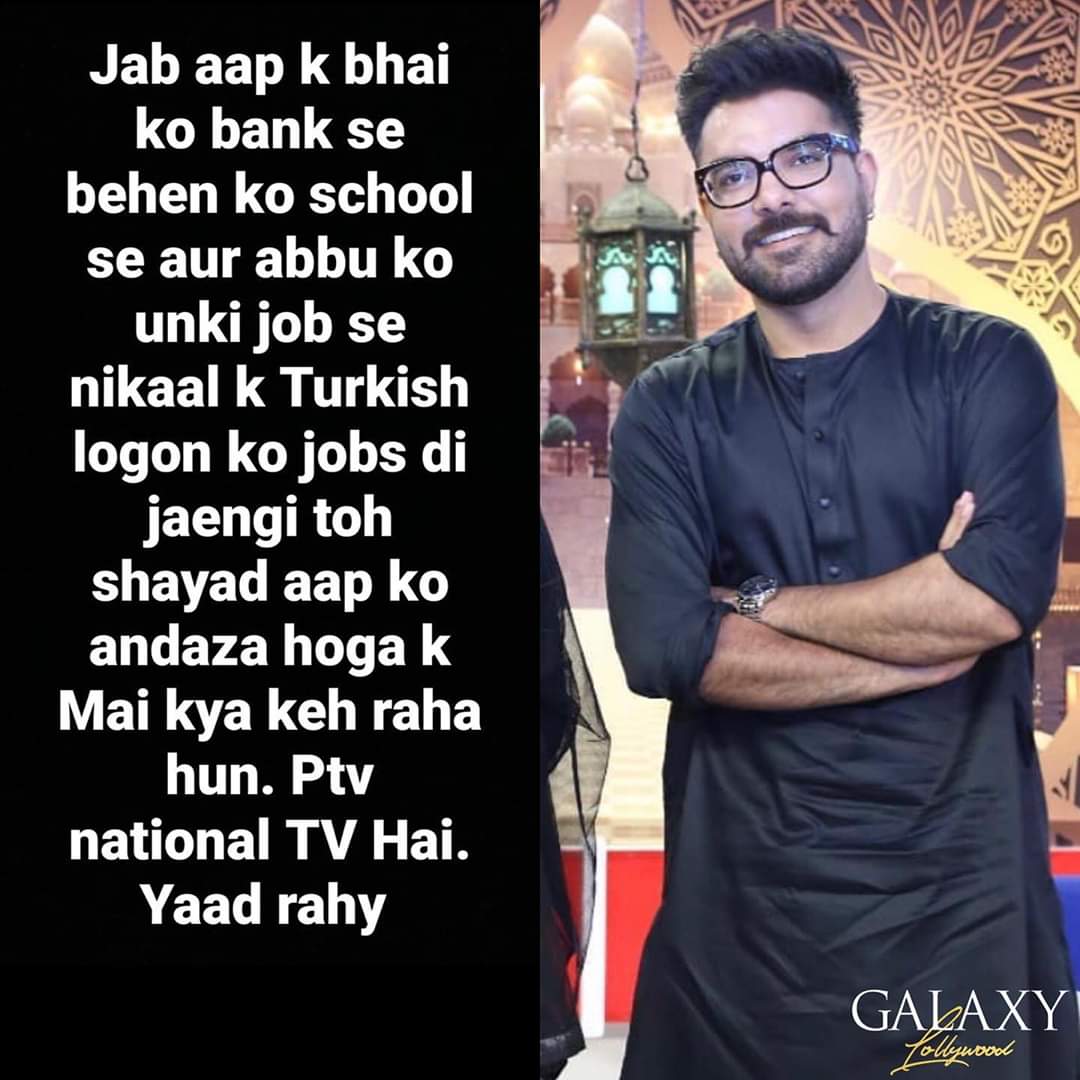 Moreover, he said that the PTV should produce a show with Islamic history where the cast and the crew are local, from Pakistan, not from Turkey or elsewhere. Yasir’s point, in his right, seems to be correct.

One fact of the matter to note here is that Pakistani tv shows still show the same ‘jaado-tona, saasu bahu and family affairs’ – when the PTV pegs a show with Islamic history, all of a sudden, everyone wants to work in a local one. From directors to actors, everyone has always been interested in producing average content for Pakistani audience, but when a Turkish show takes the win, everyone protests. 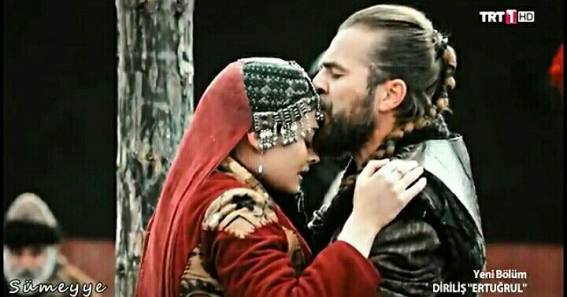 However, Yasir is not all wrong in his statement. It is the PTV and top directors’, producers’ and actors’ responsibility to produce original and educating content. As for now, Halima Sultan and her Ertugrul army are winning in Pakistan. And they have all the right to do so.

Halima Sultan aka Esra Bilgic even replied Pakistani fans on her Instagram recently. The exchange of love between Turks and Pakistanis is something that is definitely being lauded by everyone.

Hope And Sanity – Something We Could All Use During Quarantine!
“Their Parents Know I Beat Them,” Says Mosque Imam Caught Hitting Children With Pipe
To Top