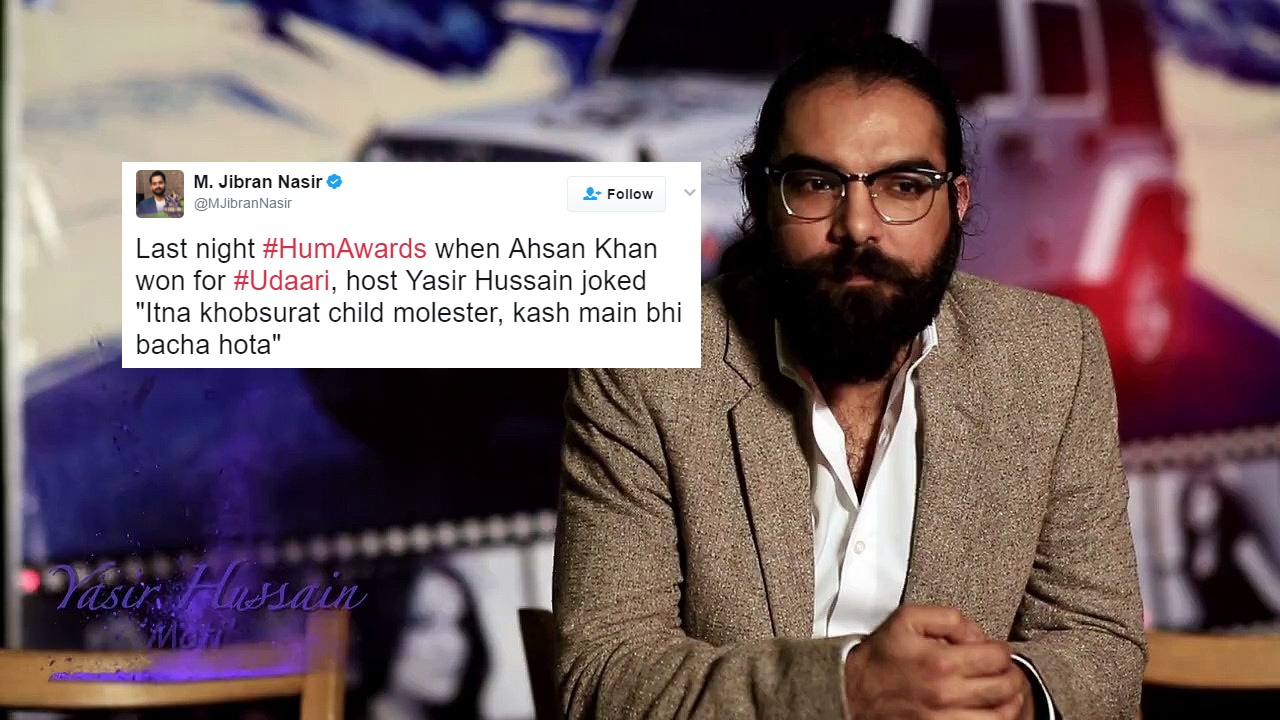 The elites, over-privileged sometimes, do not understand the impact their words can have. Similar to this is what happened last night at the mega, star-studded event HUM TV Awards when an actor ‘joked’ about child molestation.

Pakistani comedian-actor and writer Yasir Hussain made an awful joke last night while hosting the HUM TV Awards during the moment Ahsan Khan was given the award for his performance as a pedophile in Udaari. 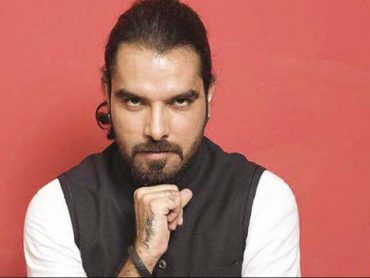 Here’s what the actor said:

The attendees at the event also laughed when the joke was made, insinuating exactly why we need more drama serials and awareness programs such as Udaari.

The comment by the host made a lot of Pakistanis angry and they were given the perfect reason to flare up, given how child molestation is nothing close to being treated as a joke.

Sincerely Hoping They Don’t Broadcast This Statement On TV

Can’t Say Much On This One Now, Can We?

And People Pretty Much Where

The actor later made an apology on his Snapchat but Mr. Yasir, it certainly isn’t enough!

First of all, if what Yasir said was a part of the script that he rehearsed prior to the ceremony, someone in their right minds would’ve had the senses to vet it at least. Even if what Yasir said was spontaneous, did anyone from the educated, high-class audience have the audacity to interrupt what was said or even instruct the actor to make an apology while the show was going one?

Yasir Hussain did, however, make an apology in this video. But it certainly isn’t enough to rectify this horrendous mistake. All of these reasons point to how even after months of awareness, we have failed to even release that child molestation is nothing to joke about. It is a sensitive matter where lives of hundreds of children are ruined every year in the corners of our country and these public figures think they can get away by joking about something as life-threatening as this? Instead of playing your role as a public figure and taking out few minutes to address the matter, you took that time to joke about it? You thought it is even okay to joke about how ‘beautiful’ the child molester was?

With all due respect sir, shame on you for even thinking you can make such jokes. Your apology won’t do justice with what you just said. You have failed as human and just showed how insensitive you could be. Given how you have previously written about sensitive social matters, you have clearly ruined everything by making this ridiculous joke.

The Emerging Trend Of Freelancing In Pakistan – A Support For Students, Housewives And Disabled Individuals!
Science Backs Islam’s Logic Of Eating Halal Meat Instead Of Haram
To Top