Dil Dil Pakistan, Sanwali Saloni Si Mehbooba and Aitebaar, the three most iconic Vital Sign songs every kid from the 90’s knows on their fingertips. While Dil Dil Pakistan is undoubtedly Pakistan’s 2nd national anthem, Aitebaar happens to be an evergreen song in Pakistan’s music industry. Vital Signs was a complete band. They gave Pakistanis the best music they still cherish on.

A man who turned his life during a phase when he had all the worldly pleasures of this world and life – Junaid Jamshed chose the path of God, leaving Vital Signs behind. Regardless of how he changed his path, his fans cherished his evergreen music and Aitebaar was one of the songs we could never get over.

Touching musicians and music fans all over the world, one person who looked up to Junaid Jamshed was Call the band’s singer/guitarist, Zulfiqar Jabbar Khan, commonly known as Xulfi. 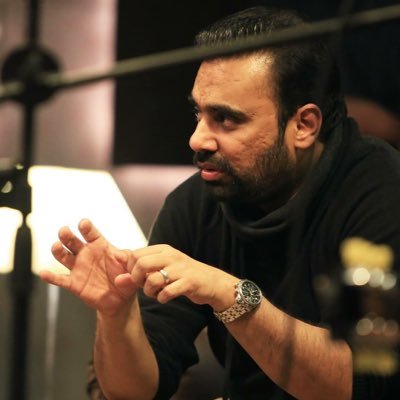 In remembrance of Junaid Jamshed and 46 other victims who lost their lives, Xulfi paid a tribute by playing Aitebaar in the saddest and sweetest manner.

Xulfi’s Tribute Will Give You Goosebumps

Here is what Xulfi has to say in addition to his beautiful tribute:

“This wasn’t easy. And I haven’t done anything like this before. But my heart weeps for Junaid Jamshed, his family and 47 other souls that left our world. JJ’s voice and his music have been a part of my evolution and my decision to be a musician. If today we still see music from our country surprising us with its uniqueness and beauty, it’s because of the moments it has had in the past with music greats like Junaid Jamshed. He lives in us. And he’ll always live in our music. Thank you Sir for the music.

A tribute from Zulfiqar Jabbar Khan; your fan forever.”

You will surely be missed, Junaid Jamshed. Your legacy will leave forever.