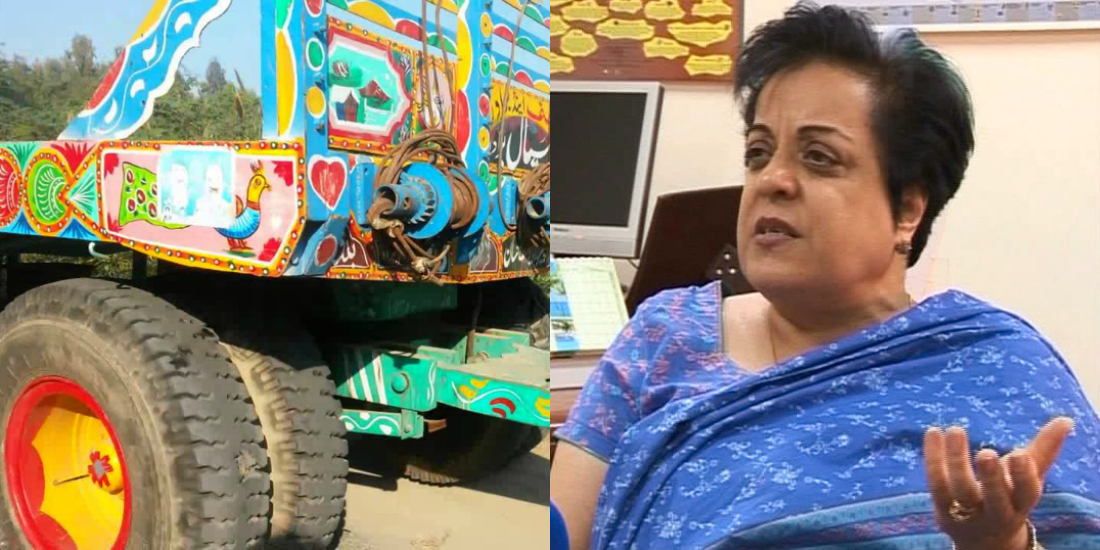 It seems like every Parliamentary Session in Pakistan is to bring unforgettable memories and agendas for the common man to remember. In the latest session of the House, Federal Minister Khwaja Asif, while referring to Pakistan Tehreek-i-Insaf’s Shireen Mazari, asked her to stop talking and later on.. referred to her as a “Tractor Trolley”.

The PTI faithful did not take kindly to the remarks and were all over the internet.. but surprisingly.. there were many present to defend Khwaja Asif’s antics as well. While nobody should refer to women with such names, even the Speaker of the Assembly, Sardar Ayaz Sadiq thought she deserved it!

Here’s what the internet thinks of the episode.

1. Relating to America finally selecting a woman Executive nominee, while Pakistan chose on 28 years ago in Benazir Bhutto

We called a woman "Tractor Trolly" in National assembly for the first time in 2016. Your turn, America.

Much outcry by our political classes if someone is called tractor trolley or diesel. But complete silence when someone's called an infidel.

She is not a Tractor trolley https://t.co/YjfsqDBnhK

4. Some were of the opinion that the Federal Minister needed to apologize to the Tra…. to Mrs. Mazari

calling a respectable female member of parliament 'tractor trolley' is too much #KhawajaAsif should apologise.

5. Nope, this is actually not the latest model, the latest one has colored hair..

6. Some actually enjoyed Khwaja Asif’s blatant honesty – but true, calling a parliamentarian a tractor trolley is going too far

7.  Mrs. Mazari’s daughter had previously tweeted about Khwaja Asif being a mature, decent and rational man – well, that went according to plan..

So this 'decent, mature and rational' man refuses to expunge tractor trolley comments about your mom in parliament. https://t.co/bYMXG8Kcc7

8. As good as the tweet is… couldn’t help but notice that Khwaja Asif is actually a he..

I think @KhawajaMAsif calls her wife TRACTOR TROLLEY at home?? #shame on you #khawajaasif

10. People need to stop comparing Pakistan to the USA – we’re a third world country that takes more pride in itself than the US

While people in US are ready to embrace women as a President, while Pak defense minister calling women parliamentarian as " Tractor Trolly".

11. Some went too far by calling Imaan Mazari futile and vile names – Pakistanis are absolutely NUTS!

12.  And this is what the ‘Wadera ka beta’ had to say about the ordeal altogether..

I don’t really know about others.. but the next time I actually come across or see a Tractor Trolley, it would not be the same for me.

What If Hogwarts Was In Pakistan?
7 Naats/ Religious Songs That Should Be Banned Straightaway!
To Top