Pakistanis Just Found the Worst Moment of PSL and It Cannot Be More Embarrassing!

Mickey Arthur, Pakistan national team’s coach recently hinted at the disputes between team members. There’s no doubt that heated arguments, the rough verbal exchange is a part of any sports team. However, this is all dressing room stuff and is supposed to stay there. Naturally, athletes are used to looking over it and move on and everything is cool.

But recently, during a PSL match between Lahore Qalandars and Quetta Gladiators, two of the prominent team members were caught in a very embarrassing situation. Although we might only call out one person, Sohail Khan, here. 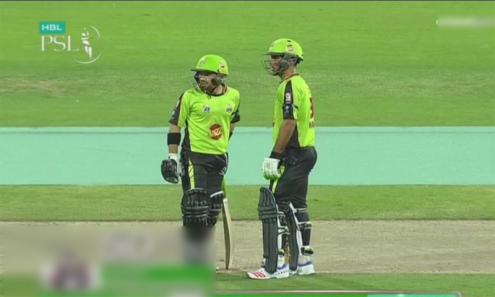 Basically, Sohail wanted Yasir to change his position but when he received no reply from him. In a desperate attempt, Sohail Khan just hurled the ball at his teammate and everybody on the ground, as well as fans in the stands, went in a shock at what just happened.

Bad attitude display by Sohail Khan. He threw the ball at Yasir Shah on the boundary which could have hurt him. @TheRealPCB should get involved in the players issue of @lahoreqalandars pic.twitter.com/RKI6zE2xwu

So embarrassing! Even Kevin Pietersen noticed…

He couldn’t get the attention of his boundary rider, so instead of shouting louder, he threw the ball at him!

I think I witnessed the funniest moment of my cricket career tonight, when the bowler couldn’t get the attention of his boundary rider & threw the ball at him on the boundary…

“Both didn’t shake hands after the match…” how embarrassing is that!

A minor brawl on the field between teammates. Sohail Khan threw the ball at Yasir Shah in bid to get the attention. Both didn't shake hands after the match. Lahore Qalandars continue to entertain. #PSL

People are not having it all

Worst moment of the PSL. Really ugly from Sohail Khan. Would have recommended a spanking on his bum after the game except he would probably enjoy it.

What’s your take on this? Should there be disciplinary action against Sohail Khan?