The Largest Picture Wall In The World Situated In Pakistan

Have you ever wondered what a giant wall having some of the most picturesque art would look like? If yes, stop wondering because absolutely exists. The much better news is that you do not require a visa see this artistic wall because it is situated in your own country Pakistan!

World’s largest picture wall is situated in Shahi Qila, a Fort in Lahore. It is an absolutely breathtaking landmark that would leave you awe-struck upon its sight.

Pakistan’s culture and history are replete of contemporary art. We have our own identity when it comes to our culture, distinguishing and keeping us parallel to what is globally acclaimed by art enthusiasts. Our contemporary art has become our identity and now we have discovered the world’s largest picture wall, decorated in some of the finest art depictions from Pakistans.

JUST LOOK AT IT! 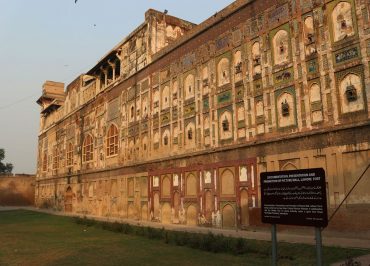 We have seen the desi art on our rickshaws and trucks, while the picture wall in Lahore is pretty much the best of what is out there.

Media professional, Tania Qureshi aims to showcase the heritage of Pakistan. She brought this awesome landmark to notice which mostly Pakistanis are not familiar with. 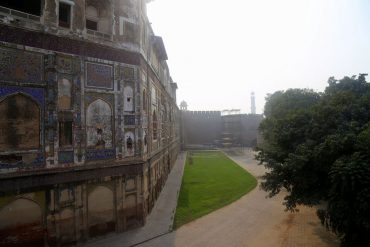 It has pictures with most vivid mosaic patterns combining many colors and a basic plaster. The base of this wall was laid by the renowned ruler, Jahangir during 1624 A.D., followed by Shah Jahan who completed it in 1631 A.D. 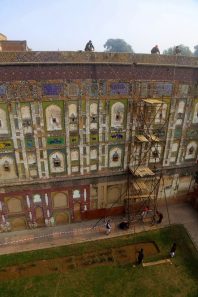 Standing 17 meters tall and spread along 450 meters of length, it reflects stories of the past through its pictures. It showcases different cultural references, people, and artifacts that once were part of civilization.

How this picture wall has not garnered much attention and declared an iconic landmark yet is baffling. The establishment can also be put to blame for abandoning this beautiful monument and not maintaining it to its true potential. 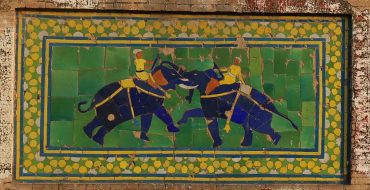 Due to the utter ignorance of establishment, this picture wall is tarnishing in its appeal. In fact, the art has become dull and is deteriorated from places.

However, Lahore Authority and the Agha Khan Trust for Culture are engaged in efforts to preserve the world’s largest picture wall and revive its appeal all over again. 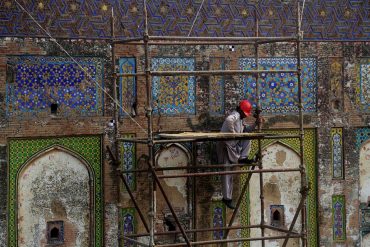 It can become one of the most iconic places for the world to see. Imagine the rise in tourism just to check out this monument. Art enthusiasts will be scrambling towards to check it out. The appeal of it would crave them until they see for themselves.

This Powerful Video Promoting A Positive Image of Pakistan Made By Iqra University Students Is The Next Big Thing
I Am A Cancer Patient And I Want To Tell People It Is Not A Joke!
To Top