The World's Most Employee-Friendly Countries, 7 Graphs 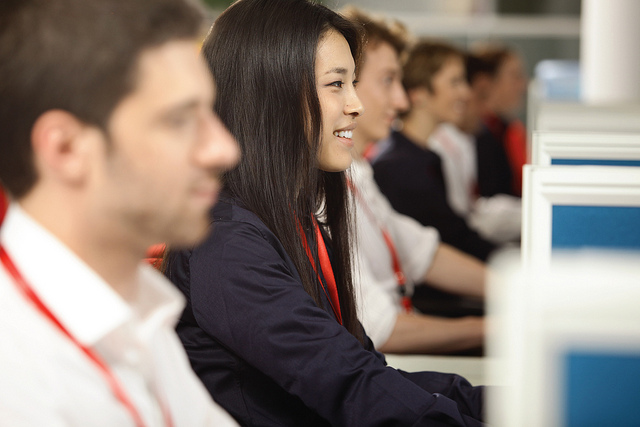 If given a choice, which country would you opt to work in? The statistics below describe the countries that offer quality working environment – from an attractive vacations period and comparatively high per-hour wages, to the level of strictness bosses are allowed to impose on their employees.

To make comparative analysis easy to understand, the information from 34 developed countries, all of them members of Organization for Economic Development and Development, are shown here.

Related Article: Top 25 Countries Expressed in Most Hilarious One Liners

When there is low unemployment, people are more likely to find a job easily. It also gives them more space to negotiate the wages and perks. It that is the case of economy of your country, then going to South Korea or Norway to find a better job is not decision you would want to take. 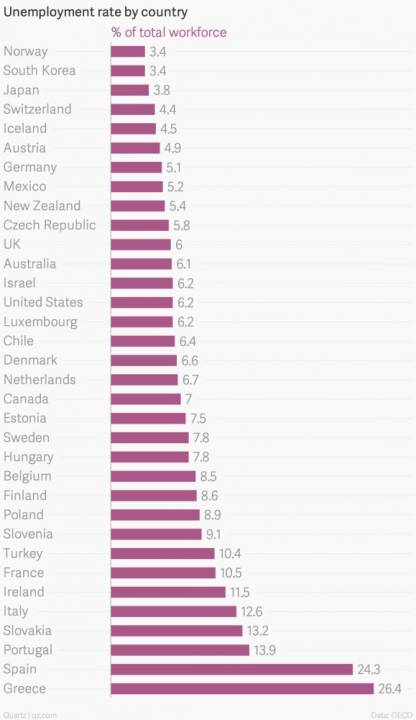 Some organizations have started to offer a work-week comprising of four days. But, white collar employees in most of the work places are required to be present five days a week. The countries where weekends are ensured by their law are Greece, Estonia, and Hungary. These countries offer two days off at the end of the week and the law is obeyed by all the companies. 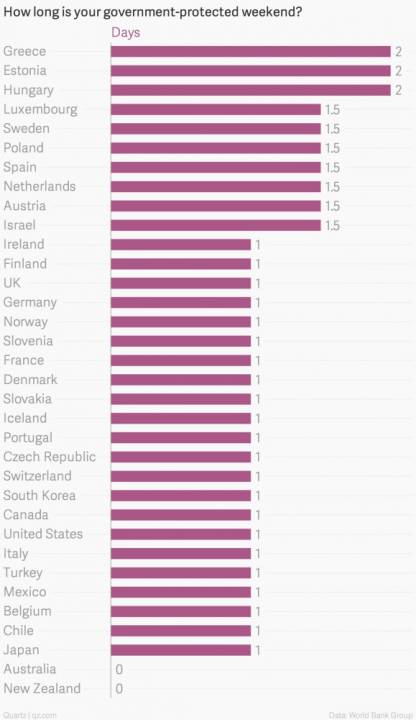 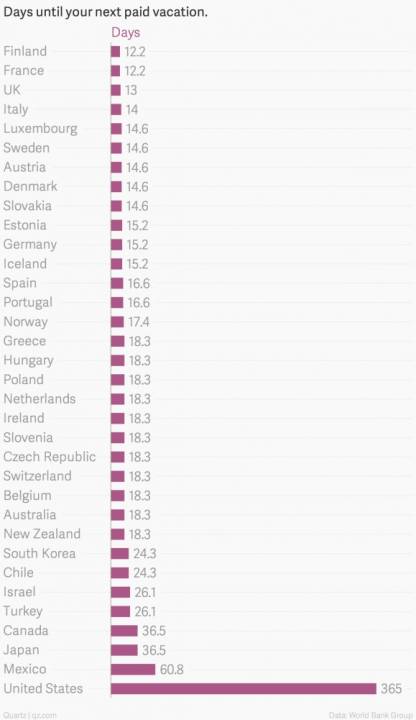 Which country is the best for lowest earners in comparison to the average earner? It is the Turkey. If you’re a low earner in Turkey, your take-home salary will be two-thirds of that of average worker. However, in United States, low earners do not earn more than one-third of what average earner earns. 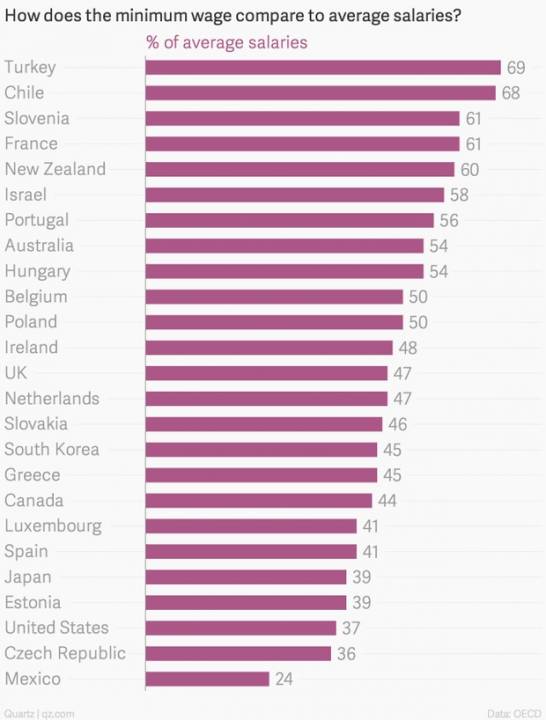 The country that compensates highest to the people who are willing to sacrifice their holidays, sleep, and family plans on weekends is the Australia. It is the best country when it comes to payment for overtime. 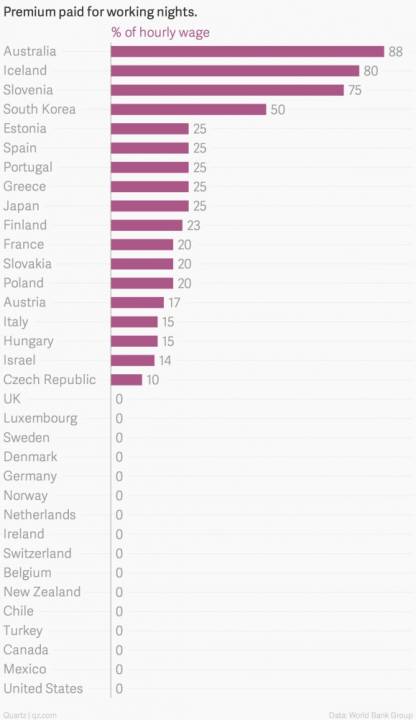 How wealthy and satisfied the middle-class employees, those who do not do overtime and are not the lowest wage earner, feel? To know that, we performed the comparison analysis of median incomes to the cost of living, signified by the cost of a Big Mac. In this case too, Australia tops the rest of the countries as its middle class workers were able to purchase seven burgers in an hour (If they want to). However, Mexicans could only afford the burger only on the occasions of special events. 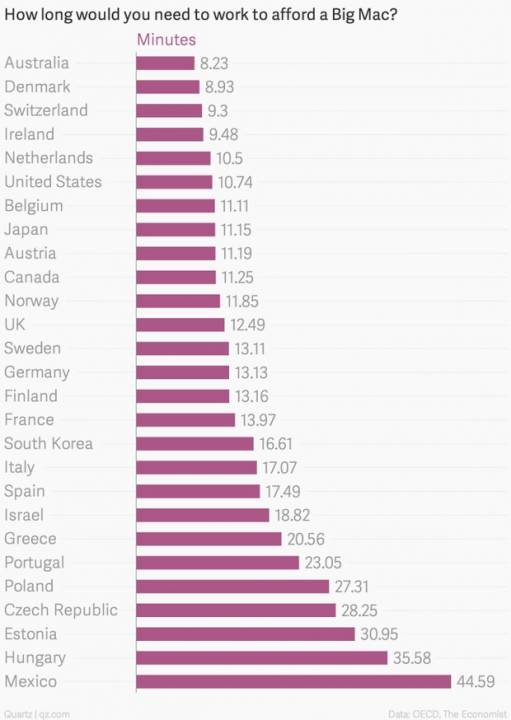 If you get fired, a little monetary support is mandatory until you search for another job and find one. In this case, Mexico came out to be the most beneficent country but most of the developed countries ensure you no monetary support after you get laid off from the company. 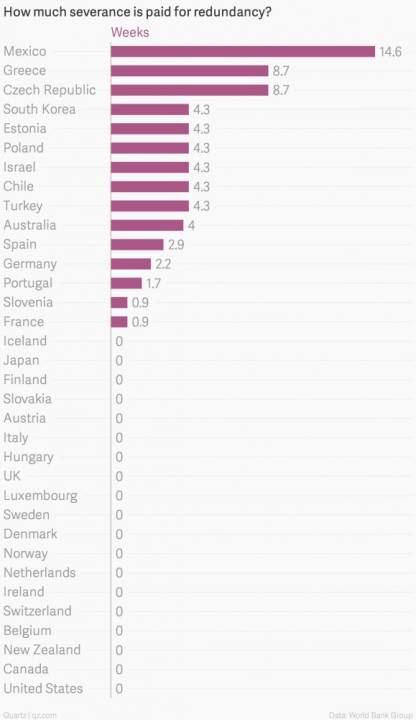 Athar Yad Ali Telling How He Stopped 22 Wheeler ‘Brake-Failed’ Truck!
7 Most Unbelievable Predictions For The Future Made in 20th Century
To Top