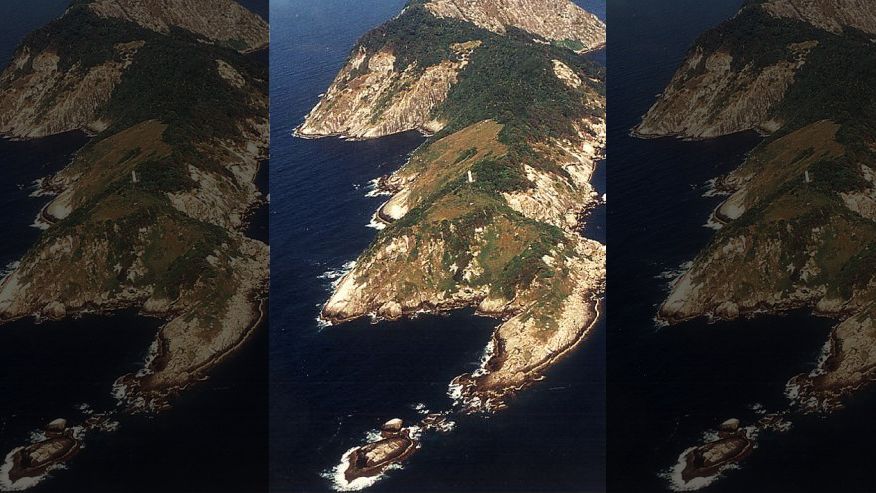 An island off the coast of Sao Paolo, Brazil, is home to one of the deadliest snakes on Earthâ€”and there are a lot of them. Some believe there’s a golden lancehead viper for every square meter of Ilha de Queimada Grande, or as many as 4,000 of them, Smithsonian reports; others say there are five per square meter, the Wall Street Journal notes.

Thanks to rising sea levels 11,000 years ago, the snakes were separated from the mainland and evolved separately from their continental cousins. Having found themselves without predators and prey at ground-level, two things happened: Their numbers boomed, and they turned to migratory birds as a food source.

To keep their bitten birds from flying out of reach, golden lancehead vipers evolved venom as much as five times stronger than that of mainland snakes, allowing them to down the birds almost immediately.

That venom is so powerful it can melt human flesh and kill a human within an hour; their bites carry a 7% chance of death. No one lives on the island today, though the navy services an automated lighthouse there annually.

The last lighthouse keeper, his wife, and their three kids were rumored to be killed by the snakes in the ’20s, reports Atlas Obscura, with the story going that they fled their home in an effort to get to their boat, only to be further attacked by snakes in the trees above them.

Today, one can only visit with a permit granted by the Brazilian government, and only with a doctor in tow. The country is also home to the Brazilian wandering spider, the world’s most venomous spider, the Journal notes.

(In other “deadliest” news, scientists have found the deadliest toxin known to man.)