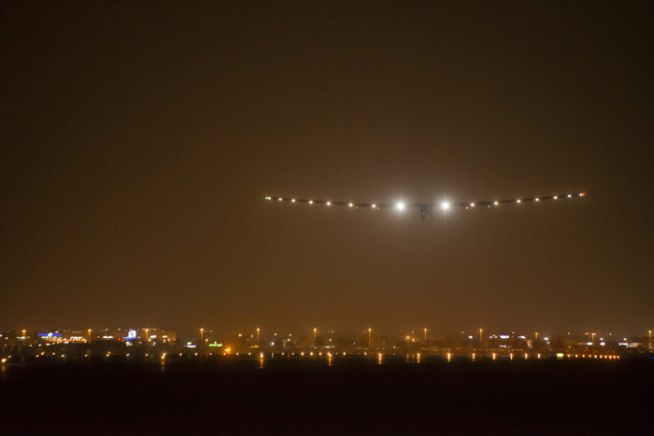 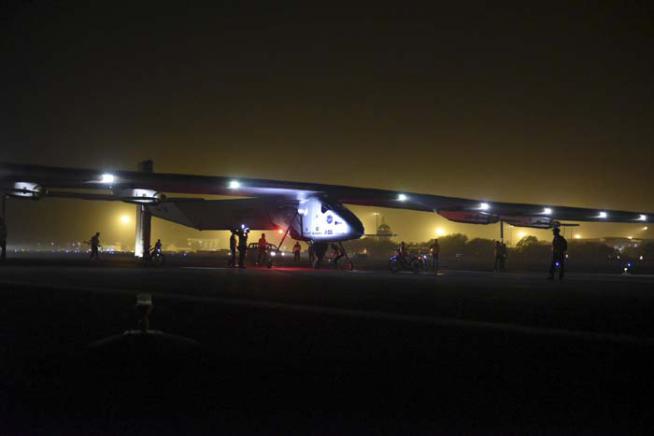 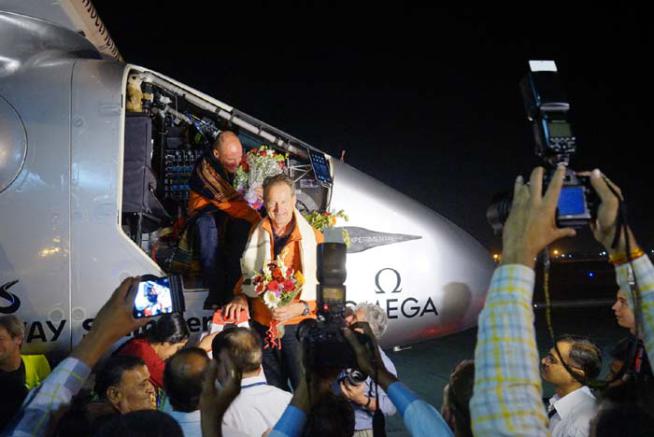 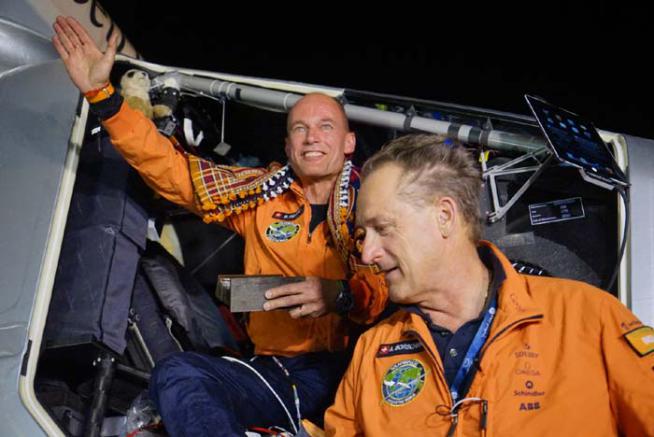 Solar Impulse 2 is claimed to be the only solar-powered aircraft in the world. This aircraft is on an around-the-world journey.

It hovered in the sky over the city of Ahmedabad for over 30 minutes before it landed in the city, at the Sardar Vallabhai Patel International Airport at 11.25 PM, around fifteen hours after it took off from Muscat.

Andre Borschberg, the co-founder of the project and the co-pilot of the solar plane said:  “This project is about saving energy, so making the plane light is paramount.”

He added: “Ahmedabad is a very important stop…I am impressed by Gujarat’s dynamism in terms of renewables.”

Andre Borschberg and his copilot, Bertrand Piccard, are likely to stay in Ahmedabad for a couple of days before leaving for Varanasi.

The solar plane I expected to fly over river Ganga in Varanasi to spread the message of clean energy and cleanliness.

Propelled solely by solar energy, Solar Impulse is claimed to be the first aircraft to fly day and night without a drop of fuel. The single-seater solar plane has a 72 meter wingspan, larger than that of Boeing-747. Made of carbon fibre, the aircraft weighs only 2,300 kg.

The 17,248 solar cells on the wing recharge the installed four lithium polymer batteries weighing 633 kg each, which allow the aircraft to fly at night.

It took the solar plane nearly 13 hours to reach Muscat from Abu Dhabi.

From Varanasi the solar plane will fly to Mandalay (Myanmar) and Chongqing and Nanjing (China) and thereon to the USA.