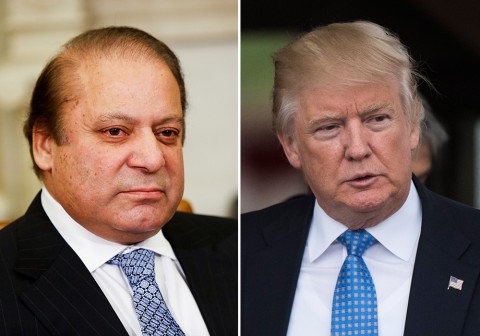 Twenty-two people have been reportedly killed and around 50 others injured following a suspected explosion in Manchester Arena that is being treated as a terrorist incident, police in the northern English city said on Tuesday. “So far 19 people have been confirmed dead, with around 50 others injured. This is currently being treated as a terrorist incident until police know otherwise,” police said in a statement.

World leaders expressed shock and horror at the suicide bombing in Manchester. US President Donald Trump condemned the “evil losers” behind the bomb attack in Manchester.

“So many young, beautiful, innocent people living and enjoying their lives murdered by evil losers,” Trump said after meeting Palestinian President Mahmud Abbas in the occupied West Bank. “I won’t call them monsters because they would like that term. They would think that’s a great name.”

British Prime Minister Theresa May called it an “appalling terrorist attack” and suspended her campaign ahead of the general election on June 8 along with chief opposition leader Jeremy Corbyn.

Prime Minister Muhammad Nawaz Sharif also strongly condemned the blast in Manchester, England in which precious lives were lost. While sympathizing with the families of those who lost their loved ones, the PM said that the elimination of terrorism requires concerted efforts and any such act targeted towards innocent people is highly condemnable, as mentioned in a statement from PM’s Media Office.

“Pakistan stands in solidarity with the Government and people of the United Kingdom against all forms of terrorism,” the Prime Minister said.