India has clearly become a joke, considering their armed forces made a complete fool of themselves especially their air force trying to fly into the Pakistan airspace. Which was desperately tried to be portrayed as their own victory. However, it just added more to the already shaky credibility as a sound nation. Let’s have a recap before the hilarious new find.

Talking about IAF, their post-Pulawama stunt was proof of their inferior skills and was quite an embarrassment for the nation as its wing commander was not just taken down and captured but received some heavy ‘chittars’ by the locals. But after all the picture evidence, videos and even an interview of Abhinandan, the entire country was congratulating him on his victory and praising him for god knows what. 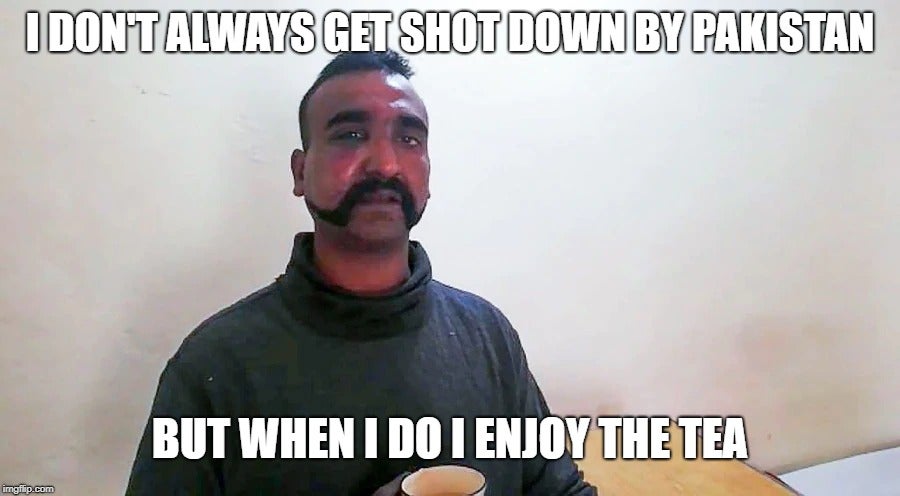 Talk about having trouble accepting defeat to the point that you become completely delusional. Yikes! Things have not been looking so great for the neighbors. Their spy Kulbhushan Jadhav sent to Pakistan to disrupt the country, separate Karachi and Balochistan including halting the CPEC progress, was captured by the Pakistani army and intelligence services. What more could go wrong for India when even the International Court of Justice validated Pakistan’s Judicial System and dismissed India’s plea for his release.

Pakistan’s Major General Asif Ghafoor took a dig at India after ICJ’s verdict while talking to a private news channel and let’s face it, his answers are quite legit.

IAF A Laughing Stock: Their Pilot Was Too ‘Big’ For The Cockpit That He Had One Custom Made For Him.

Checkout the fitness of the Indian pilots…..🙄
French may have to add an extra engine in Rafale to carry their load….😆👇 pic.twitter.com/0Ko3j8bexx

They should reconsider the kind of ‘payload’ they really wanted to let go of, not in our territories though. If this is the level of their fitness then you can’t really blame the ones we took down.

Absolutely! The capability of the pilot is what matters, no matter how high-tech the jet is.

Doesn't matter if they have mig-21 or Rafale jets,what really matter is the capability of men behind the equipment which they clearly lack.We will surprise you every time.

Too much filling, perhaps? LOL.

LMAO…this samosa can't even fit in their tejas samosa

Incompetent, delusional and liars. They won’t be winning against Pakistan anytime soon.

@majorgauravarya @GeneralBakshi @Haqeeqat_TV
He's doesn't deserve to drive a auto,back in his filthy country, a nation whose mind is corrupted and controlled by bogus Bollywood movies and stupid media,PAF ZINDABAD,WE WILL NAIL INDIA ON ALL PLATFORMS,this is just a beginning pic.twitter.com/bT9uuiNWhB

No amount of false glory can save them, the pieces of evidence speak for themselves. Their armed forces have proved even at the LOC what cowards they are. They’d run back saving their own lives the minute they see the defeat.

What do you guys think? Let us know in the comments!