27 Amazing Pakistanis Who Have Made Us Proud Around The World Pakistan’s potential truly reflects of its youth, professionals, scientists, and scholars humbly earning world laurels for themselves, their families, their institutions and their country. Whether from Sindh, Baluchistan, Punjab, KPK, FATA or the Federal capital. These promising Pakistanis continue to excel in their respective fields as noble world high achievers of Pakistan. 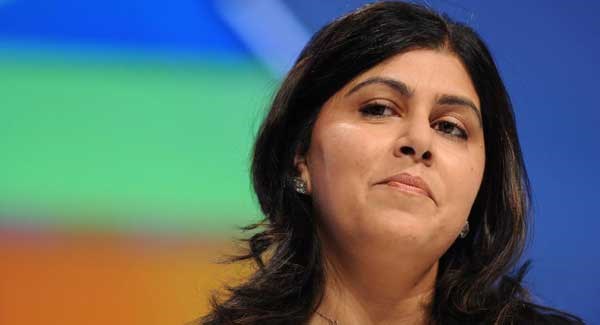 Salma Zahid holds a Masters in Educational Management and Administration from the University of London’s Institute of Education, and an MBA from Quaid e Azam University in Pakistan. She is Pakistani Canadian, mother of 2 and resides in Scarborough since 2000. She is a recipient of the Queen Elizabeth II Diamond Jubilee Medal. 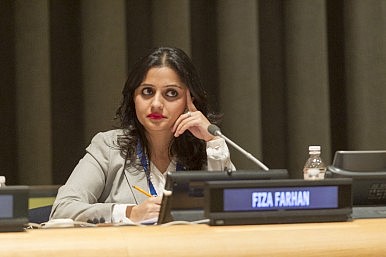 WITNESS the brilliant, Fiza Farhan, CEO, Buksh Foundation and Director, Buksh Energy, who was among Forbes Magazine’s 30 Social Entrepreneurs in 2015. She was also the member at UN’s Women Economic Empowerment program, a member of the World Bank Group, and International Monetary Fund. 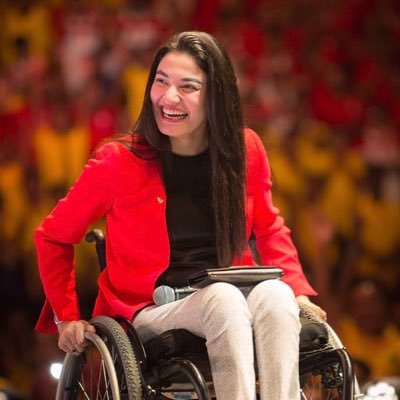 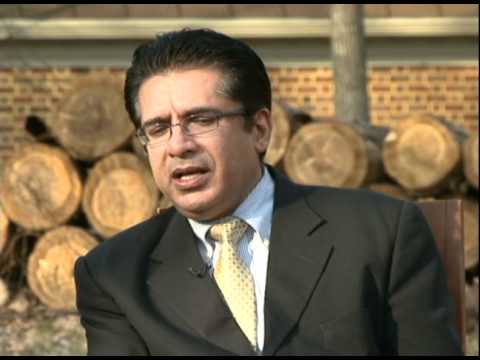 PONDER upon a Pakistani-American doctor, Dr. Rashid A. Chotani, who in December 2016 was awarded the “2016 NATO Scientific Achievement Award” for his research on medical countermeasures against biological agents. Appreciate the hard work of Pakistani Ph.D. scholar, Mr. Usman Haider, the researcher at the University of Gavle, Sweden, who in June 2016 was awarded Sweden’s “SKAPA Award” in Invention and Innovation for developing a device “PhaseX Hip Exoskeleton” that helps the elderly and persons with less mobility. 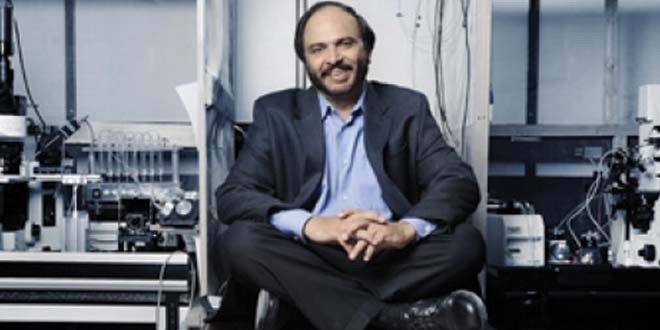 GRASP the intellect of Dr. Naweed Syed, of Pakistani Canadian origin, the world’s first scientist to join human brain cells to a Silicon Chip, currently Professor at the University of Calgary. Some of his global laurels include “Award for Outstanding Contributions to Biomedical Research” by Pakistan-Canada Association (2012). 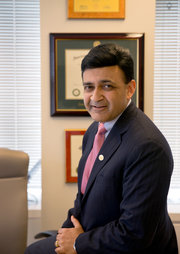 AMAZING information shared by Dr. Humayun J. Chaudhry, President, and CEO, Federation of State Medical Boards, USA, that Pakistan is the fourth biggest contributor of doctors to the US. DELVE into the success of Dr. Adil Haider, Pakistani/American trauma surgeon, Director, Center for Surgery and Public Health, Harvard Medical School, USA. He received the “Ellis Island Medal of Honor (2017)” and “Diversity Leadership Award” by Johns Hopkins University, the USA in 2014. 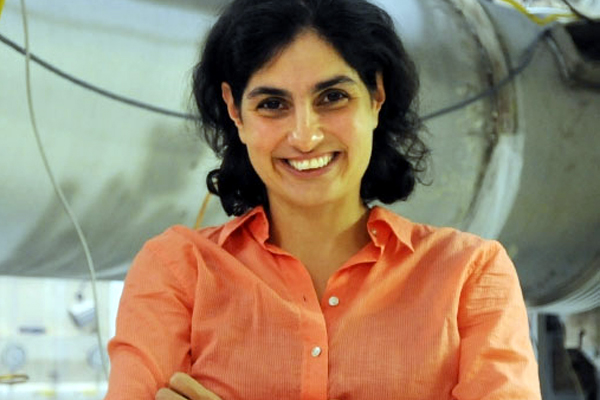 REALIZE how Nergis Mavalvala, a Pakistani-American astrophysicist from Karachi working at the MIT, the US as Associate Head, Physics proving with fellow scientists in 2016 the existence of gravitational waves for the first time in history. Recognize the potential of a Pakistani professor when an Italy-based “The World Academy of Sciences” (TWAS) awarded Professor Zulfiqar A. Bhut ta with the “The 2016 TWAS Prize in Medical Sciences” in November 2016. 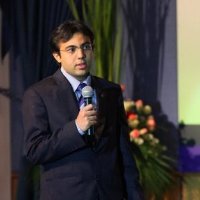 Sharing how Noman Shaheer, graduate of IoBM, Karachi and currently a PhD in international business (IB) at Darla Moore School of Business, University of South Carolina, was awarded with 2017 Alan M. Rugman most promising scholar/young scholar award by the most prestigious forum of international business scholars, Academy of International Business (AIB). It is for the first time a Pakistani citizen has been globally recognized through this prestigious award. Mr. Muhammad Ahmed Abdul Rauf Essa, CEO, Telemart, and an IoBM alumnus has achieved double milestones in his career. POUR OVER Asad Raza, the student of NUST, Islamabad who won the third position at the “Global Student Entrepreneur Award” (GSEA) 2017 held at the John Cook School of Business at Saint Louis University, USA held in Germany in April 2017. ACKNOWLEDGE the Electrical Engineering graduates from NUST, Islamabad bringing accolades to Pakistan in March 2017 by winning Stanford University’s “Stanford Center on Longevity Design Challenge 2017”, in California, US. KNOW the efforts of 12 Pakistani undergraduate students excelling at the “International Genetically Engineered Machines (iGEM) World Championship”, MIT, the USA in October 2016. 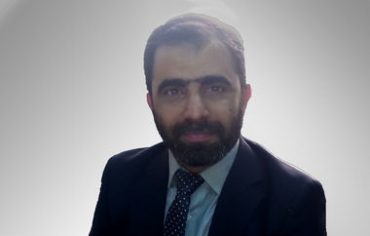 COMPREHEND visionary Mr. Wasif Farooq, the scientist from Sargodha, and Assistant Professor at NUST, Islamabad, winning “Green Talents Award” by German Federal Ministry of Education and Research, Berlin in October 2016. LOOK how blossoming Pakistani children Muhammad Waqas, Ahmed Hasan and Muhammad Usman are when they created educational games for special children and won top laurels at the “Global Innovation through Science and Technology (GIST) 2016” at Stanford University for the potential of their gaming platform. 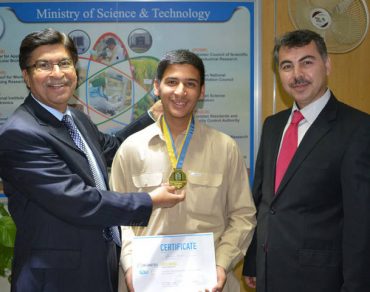 IMAGINE computerized garden maintenance without human supervision by Baluchistan’s wonder boy Waleed Bashir. He is a grade 9 student of Khuzdar, studying at Quetta’s Pak-Turk School, winning Gold Medal for his project “Green Automation” at the “1st International Infomatrix Asia and Pacific Project Competition” in Kazakhstan. SEE our Sargodha jewel, Abu Hifs, shining in Australia. A student of Bhabra Higher Secondary Government School, Sargodha, won Gold Medal at the “International Mathematics Competition” held at the University of South Wales Australia in April 2016. He stood first among 16 other countries in this competition. 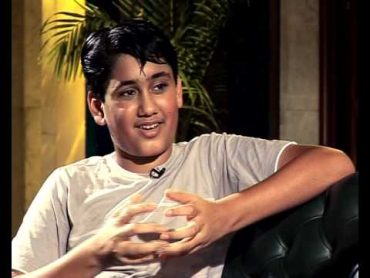 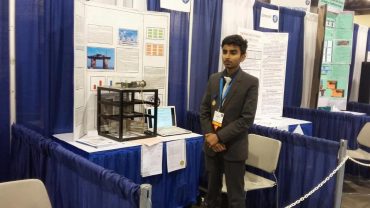 EXAMINE how Shahmir Khan Niazi, student of Beaconhouse School, Lahore won 4th prize for his project on utilizing ocean currents for producing energy titled: “A New Spin on Renewable Energy in the Physics: Energy category” at the “Intel International Science and Engineering Fair (ISEF) 2016” held in Phoenix, Arizona, USA in May 2016.

THINK of promising Pakistani siblings, Shireen Zafar and Hasan Zafar, from a “Street School”, Karachi, educating underprivileged children, being awarded “The Global Youth Award 2016” in Taiwan, organized by the Library of National Changhua Senior High School, Taiwan. ACCEPT visions of Sana Batool, Shazia Bibi, and Iqra Irshad from the Danish Girls School, Hasilpur, honored at “Intel International Science and Education Fair 2014”, Los Angeles, the US for a project on the wind turbine with low air pressure.

CHERISH Pak students Talha Ahmed, Muhammad Arif, and Kamel Ali studying at the University of Sharjah, UAE receiving 1st prize in the “Think Science” competition for their “Micro Wind Turbine project in the Energy and Environmental Science category” organized by the Emirates Foundation for Youth Development in June 2016. 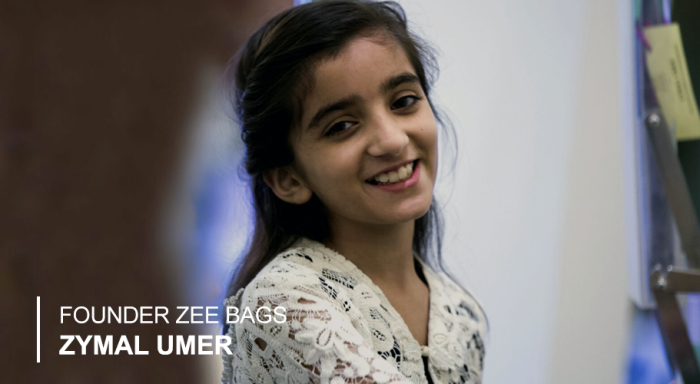 LOOK at the vision of Zymal Umer, the 9-year-old social entrepreneur from Sargodha, selling newspaper bags to assist underprivileged children. She received Prince Abdul Aziz Award for “Children Pioneer Award in Riyadh, Saudi Arabia (2016)” and Gold Medal from Federal Secretary of Education, Pakistan (2016). REJOICE the honor bestowed upon Mona Mahtani from Hyderabad, Sindh, when in May 2016 she received the “2016 Commonwealth Youth Award for Excellence in Education” in London. 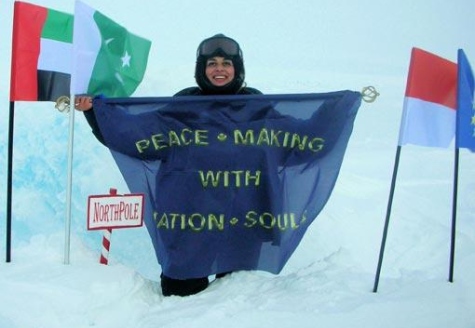 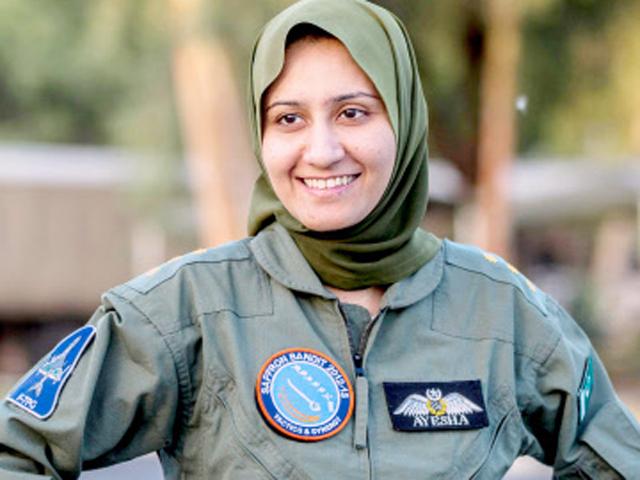 APPLAUD Pakistan’s contingent at “Special Olympics World Winter Games 2017” in Austria in March 2017 when she won 16 medals, including three gold, seven silver, and six bronze medals. Over 3,000 athletes from 110 countries participated in these Special Olympics. 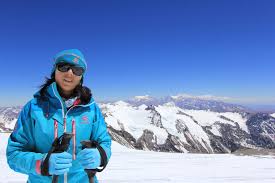 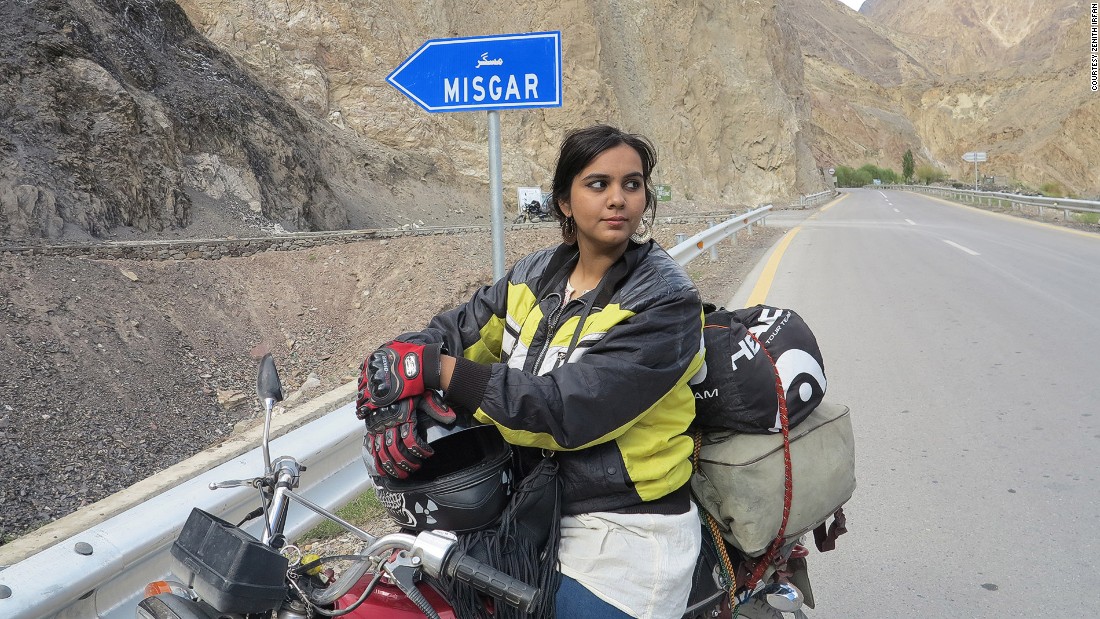 EXPLORE Zenith Irfan’s aspirations, the first Pakistani woman to travel through Kashmir and reach the Khunjerab Pass, bordering China on a motorcycle in 2016 at age 21. She embarked on this journey to reveal Pakistan’s beauty. 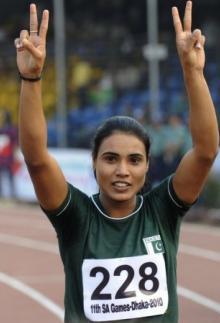 VALUE the heart of Naseem Hameed, Pakistani track, and field athlete, who at the age of 22, became the fastest South Asian woman by winning Gold in a 100-meter race at the 2010 South Asian Games in Dhaka. 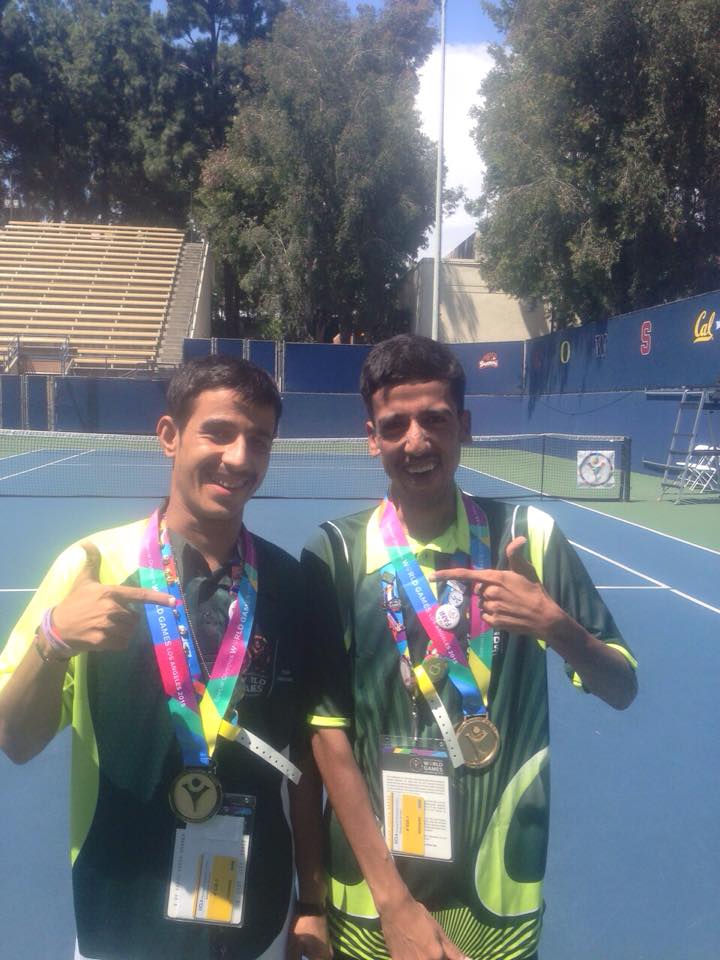 THREE CHEERS for Pakistan at 2015 Special Olympics, in Los Angeles, USA courtesy Arif Qayyum from The Effort School for Special Kids, Karachi who won two Gold and one Silver Medals in Lawn Tennis and attributing sentimentally and patriotically his success and heart out for Pakistan.

These and many hidden talents, untapped assets and unsung heroes of Pakistan shining over the international horizon with flying colors and as world performers of class, caliber, and charisma in their respective fields await from fellow countrymen hearts to feel, eyes to see, brains to visualize and words to wonder in letter and in spirit as they bring home from foreign lands magnanimous laurels, grace, dignity, and honor for Pakistan; a land of purity, promise, and potential.

Recent Posts
Trending Posts
Urdu
The Trailer of this Upcoming Pakistani Horror Film Will Scare you to Death!
6 Promises We Need To Make With Pakistan
To Top