The World Grieves For Junaid Jamshed Following The Horrific Accident 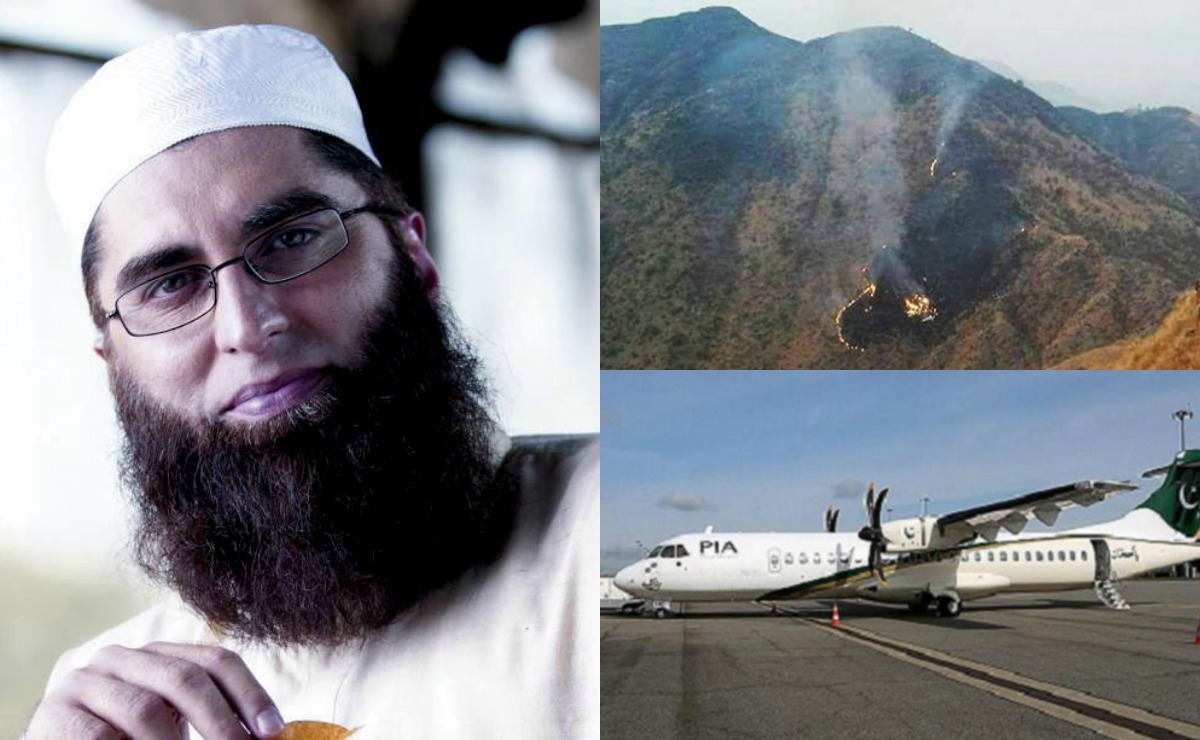 What happened in the hills near Havelian, is indeed sad. Pakistan International Airline’s flight PK661 was heading towards Islamabad, but due to some reasons, was unable to complete its trip. What happened next is what most of you are well aware of. Although the life of one is not more important than the life of 40 others, and all are held in equal respect, we cannot deny the fact that Pakistan lost a legend on December 7, 2016. Celebrities from around the world have something to say about Junaid Jamshed, and here it is:

We hope she knows that Junaid Jamshed would have liked to be remembered as a religious figure.

The shock of meeting someone a few months before their death!

I met Junaid Jamshed in June this year with @wasimakramlive . He was extremely courteous and hospitable. And he sang that evening!

With a heavy heart and deep sorrow for the victims of the crash, we can only pray for a quick relief and betterment for the families involved in this incident. It is absolutely necessary that you keep your loved ones close to yourself. However, this does not mean that you keep them in your sight at all times. Always strive for a strong bond and a loving relationship with one another so that any ill fortunate event would not turn into a series of regrets and what-ifs.

My heart is drowning in sadness to learn about the air crash of Pia.. news feared my friends Junaid Jamshed and alay Akram was in it 2..

We thank you for the kind gesture!

Deeply saddened at the lost of Junaid Jamshed , his Beloved Wife and all those aboard #PK611
—
May Allahﷻ admit them to Al Firdaus.

This Youtuber has got something to say as well:

So sad to hear about what happened to Junaid Jamshed and the 40 passengers. Inna lilahi wa inna ilahi rajiun. May Allah grant them Jannah 🙏🏻

Dark times can befall at any moment in life, Similar to this crash, they can also come when we are least expecting. Hence, we should always be humble and gentle with people around us, and with those who we care about.

Junaid Jamshed was that iconic figure of Pakistan who topped fame and fortune through his talent and later sought out to study the orders of his God and spread what he understood. Just like him, there were around 40 other people who were as much of icons and heroes in their own ways in their lives, to the people who cared about them.

More from our heroes:

Ya Allah raham.shocking news of the PIA plane crash and death of Junaid Jamshaid n all the passengers.Allah grant sabr to the families #RIP

They grew apart but never lost their friendship

Some Lost their family, while others lost their friends

It is of utmost importance that the cause of this crash should be efficiently investigated and a true report to be presented to the public. It is high time that the government realizes the dire condition of PIA. Even if they know, it is about time that they fix the condition. Faulty jets, irresponsible crew, and corruption and zero level of customer service has made this airline from among the best in Europe, to the worst in the world.

At the end, we urge everyone to pray for the families of the victims of the flight PK661.

Read Also: Best Tributes For Junaid Jamshed By His Fans You Need To Listen To

10 Things that make Pakistan truly Pakistan
“Thank You, Abbu” – The Last Message Sent By PK661’s Air Hostess To Her Father-in-Law
To Top