5 Most Powerful Women in Pakistan - Parhlo 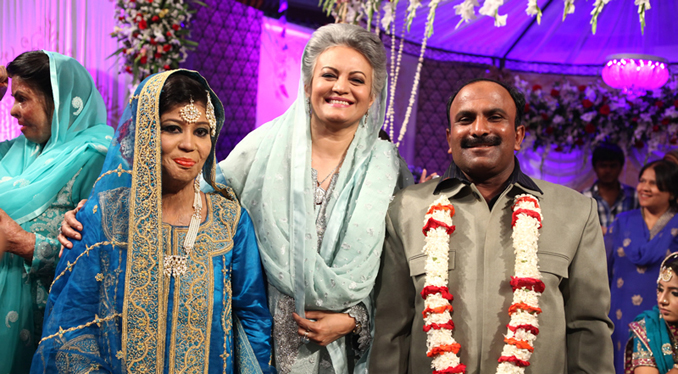 “You can imprison a man, but not an idea.

You can exile a man, but not an idea.

You can kill a man, but not an idea.” – Benazir Bhutto

Power is not always about status-quo or bank balance – it has more to do with how many lives you can influence by the little efforts you do.

I am not the only one of who took Benazir Bhutto as one of the most powerful and inspiring women of Pakistan. Like her or not, her admiration and potential of striving in the government of Pakistan, a severely male-dominate setup, was unbeatable even when she had little to less support of women.

There are a number of Pakistani women who continue to influence the lives of many without making it to the headlines. Yes, they are not political figures or business tycoons – just normal women like us, striving to make a difference 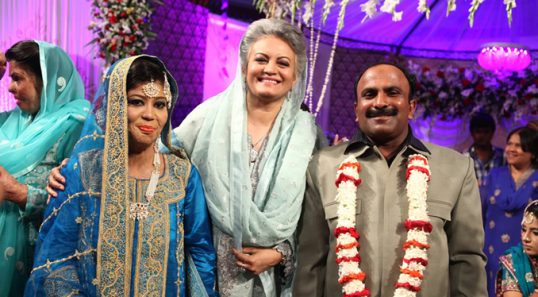 Emerging in the beauty and fashion industry as a beautician and founder of Depilex, Musarrat Misbah sowed seeds to a new goal in 2005 –Depilex Smileagain Foundation. Smileagain Foundation is an NGO that provides support, care and aim to give a new life to the women who lost their charm and beauty through burning incidents and acid burning. 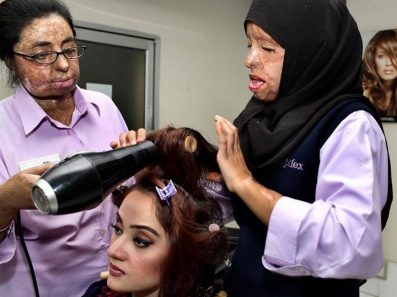 She continues to make life women who lost their self-confidence after being burnt and tortured.

A woman who made news worldwide, Zenith Irfan traveled different parts of Pakistan alone, on a motorbike and did something that her father dreamt of doing.

After she lost her father, Zenith decided to pursue his dream, which was to travel the world on a motorbike. As the eldest child of the family, Zenith took up the challenge and smashed the stereotypes in Pakistan. The 21 year old Lahori is traveling around Pakistani from the past two years. Regardless of how conservative the area is, there is not stopping her now.

A woman who is a living example of the famous quote “disability is only the state of mind”, Muniba Mizari continues to influence us every day. 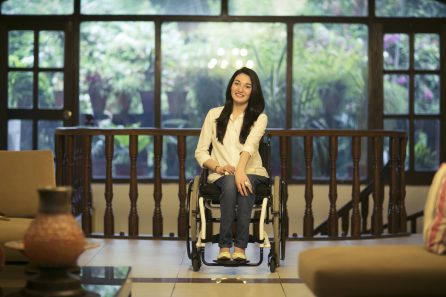 “So what if I lost my legs? I have two wheels now.” – Lines that influenced a lot in her interview. Muniba is United Nation’s first Goodwill woman Ambassador to Pakistan. After losing her legs in an accident, Muniba didn’t stop from perusing her dreams. She will be representing herself and Pakistan in Forbes under 30 List of top young leaders and was also in BBC’s 100 Inspirational Women in 2015. A speaker, an artist and an anchorperson, Muniba Mizari is a living example to many. 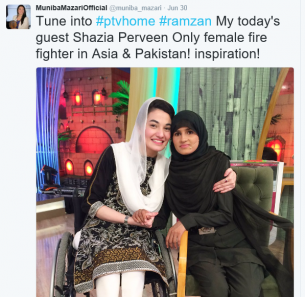 “I feel if there is one little thing I could do, it is to make people realize: we are not worthless because we inhabit a country which is seen by the Western eyes as a primitive, fundamentalist country only – I mean, we are a rich mixture of all sorts of forces as well, and our lives are very much worth living” – said by the 1991 holder of Sitar-e-Imtiaz, Bapsi Sidhwa. 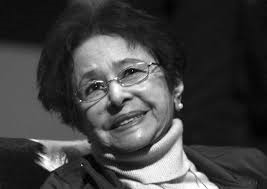 Bapsi is best known for her work with Deepa Mehta and also for the writing about the minorities and customs of Pakistan that cause trouble in terms of humanity. Receiving a number of international awards, Bapsi Sidhwa manages to be one of the most influential women of Pakistan. 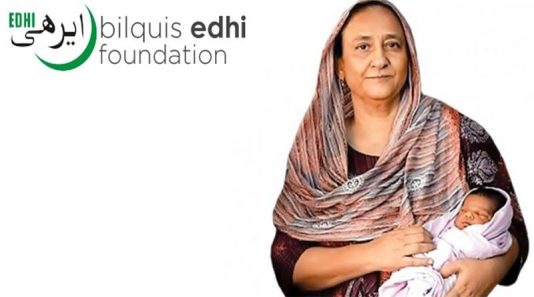 As I said earlier, it is not about how much money you have – it is all about your heart and how it wants to help another. As they say, “where there is a will, there is a way” and Edhi Sahab proved it for years. But ever wonder who was there to support Edhi Sahab through thick and thin? His wife, Bilquis Bano Edhi.

A professional nurse and the award winner for Sitara-e-Imtiaz and Ramon Magsaysay Award for Public Service, the Mother of Pakistan has devoted her life to save lives of many with her husband.

I am sure I would’ve missed a number of women of Pakistan who would’ve made it to this list. There is no stopping when women start doing what she admires.

Q-Mobile Advertisement: An Emotional Mislead?
Makeup Looks That Every Girl Can Pull Off This Eid
To Top