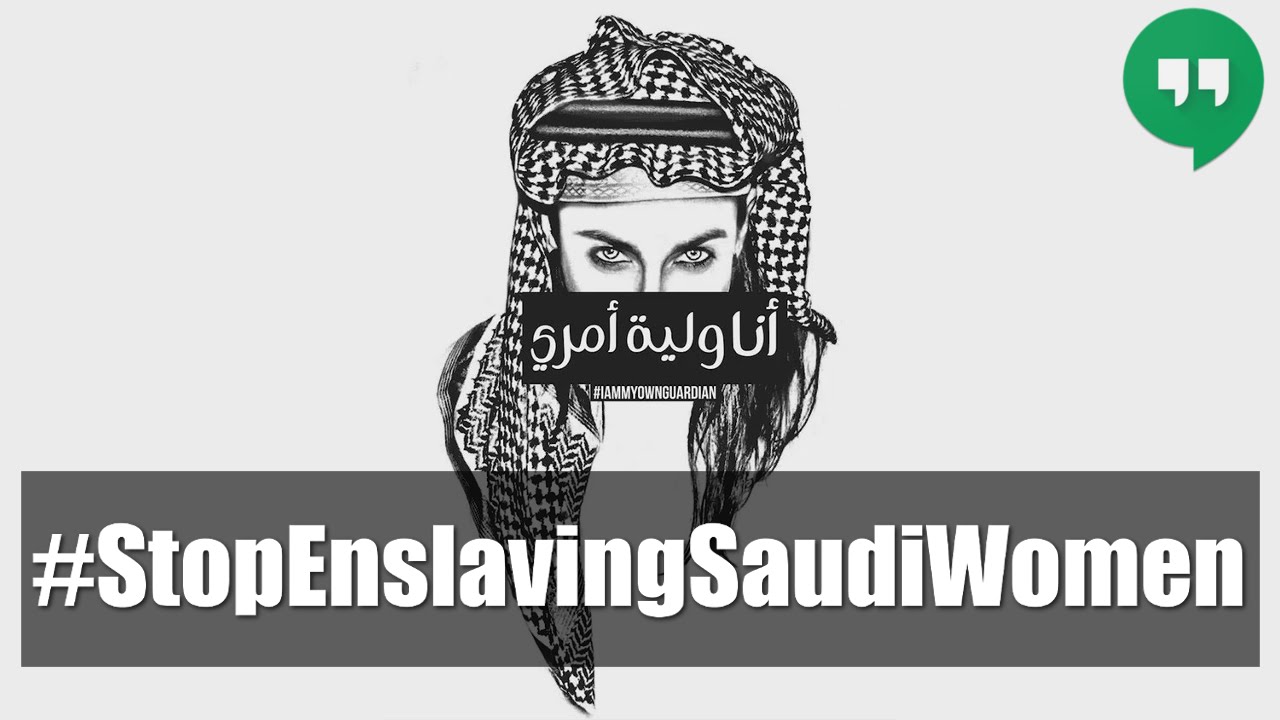 Saudi Arabia has been on the target of multiple “progressive” countries for some time. It has been equivocally declared as backwards, its laws inhumane.

After the country of North Korea, Kingdom of Saudi Arabia ranks second in the number of religious persecutions. It has been the subject of a lot of criticism of the United Nations.  It wasn’t until recently that the women of the country were legally allowed to drive a car but there are several other laws that have become a growing concern of feminists all over the world.

What has now become the subject of women’s criticism is the fact that all women in the country require a male guardian to do almost everything except sitting at home, eating and sleeping. Having this in mind, a few women have started a “Twitter campaign” to highlight the issues faced by the women in the country.

A human rights organization by the name of Human Rights Watch has pushed the campaign online in order to better highlight the conditions and the detrimental impacts of such laws. The Hashtag #TogetherToEndMaleGuardianship is now trending on Twitter with over 200,000 tweets in both Arabic and English to achieve maximum understanding.

Does it make sense to REQUIRE women to get permission from male guardians to travel? #TogetherToEndMaleGuardianshiphttps://t.co/cQT0ZDyJev

This Saudi Woman is putting the HRW in their place

But then, we have these little snowflakes that strengthen the argument in favor of the movement

A few years ago, we were outraged by a video of Junaid Jamshed arguing that women should not be allowed to drive

But this was Pakistan and we were quick to point out the misogyny in his remarks. We wonder how it might be for the women in Saudi Arabia. Maybe it is even worse for them there.

We often hear about the liberties the wives of our beloved prophet Muhammad (peace be upon him) had but we, on the other hand, completely ignore the rights of the women around us. Is this patriarchy of Islamic roots or are we just used to living in this male dominant society?

What do you think? Should male guardianship be abolished? Let us know!