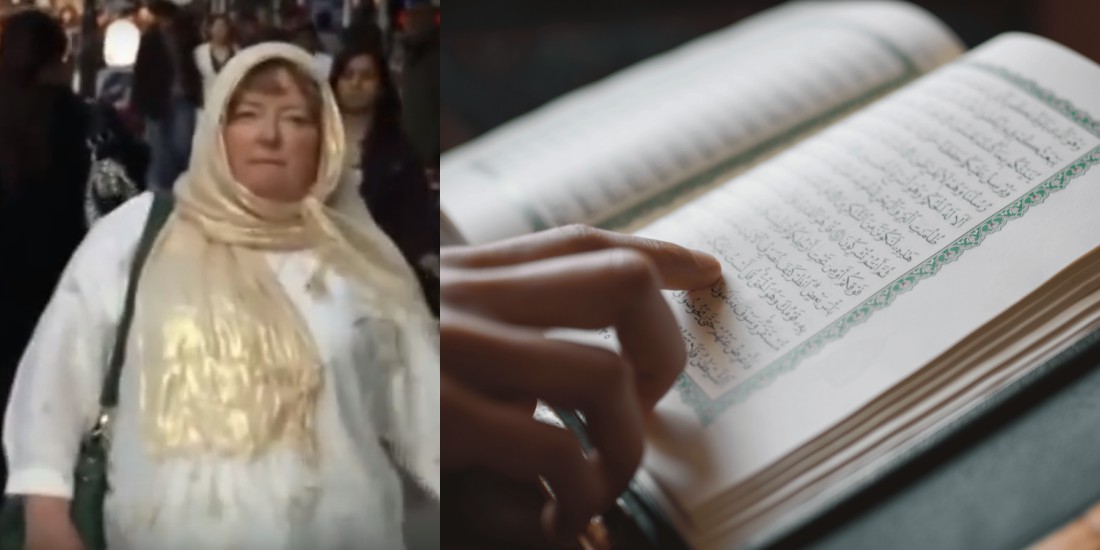 Religion is not much of a choice at the earliest stage of life.  Everyone is born with a religion of their parents, it’s more like an innate thing. Some people choose to live with it and others, explore. It’s much of a taboo if people choose to move out of the religion they were born with. Society never accepts such individuals who are a nihilist. Anyone who accepts to bring a little change to the set rules,  is actually taken outside of the circle of societal rituals.

A similar thing happened with Allison Stevens. She was born in England but her parents were Irish Scotish. In the video, she tells the audience how she wasn’t provided any religious education. But in school, she had attended church during Christmas time. In her early stage of life, Alison mentions how she respected religious people but was never driven by any religion. She believed religion had caused enough harm to society so, she was more skewed towards caring for human condition all around the world.

In the later years of her life, she was convinced that she is going to spend the rest of her life as an atheist. She even wrote in her will that she doesn’t require any religious burial.

There was this tiny little bit of me that couldn’t quite call itself completely atheist. That’s the whole beauty of the thing.

She happens to buy few books like Bible, Torah, 365 sayings of Dalai Lama and Quran. One day, at home, she was going through the pages of Quran and read a few lines from the first chapter and couldn’t believe what she was reading. So, she planned on reading from the very start to know what it is all about. As she was going through the pages, she thought the words to be so beautiful and decided to visit the mosque thinking maybe she’s mistaking the translation. She decided to visit a faraway mosque from her home as she didn’t want anyone to know about it.

The day she visited the mosque was Prophet Muhammad’s (PBUH) birthday and the Imam told her everything she wanted to know. That’s when Allison, finally decided to accept Islam as her religion and confessed this to her Muslim colleague, who guided her calmly and a few weeks later she had her shahadah with her colleague which she said was completely voluntarily because, at that very moment, she was convinced that Islam was right for her.