Roger Federer and Serena Williams were among the tennis stars left devastated on Wednesday as Wimbledon was canceled for the first time since World War II due to the coronavirus.

The cancellation of the oldest Grand Slam tournament at London’s All England Club leaves the season in disarray, with no tennis set to be played until mid-July. Owing to the latest statistics, the Coronavirus pandemic has caused more than 900,000 cases, with 47,250 deaths.

Wimbledon was due to run for two weeks from June 29, with Novak Djokovic and Simona Halep set to defend their singles titles.

But tournament chiefs bowed to the inevitable on Wednesday, saying in a statement that they had made the decision with “great regret”.

US tennis chiefs responded by saying the US Open, due to finish a week before the controversially rearranged French Open, was still due to take place as planned. 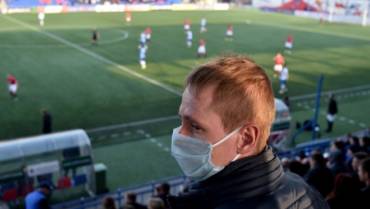 All England Club chairman Ian Hewitt said the decision to cancel Wimbledon had not been taken lightly.

“It has weighed heavily on our minds that the staging of The Championships has only been interrupted previously by world wars,” he said.

“But, following thorough and extensive consideration of all scenarios, we believe that it is a measure of this global crisis that it is ultimately the right decision to cancel this year’s Championships.”

Federer, Serena and Halep are shocked

Following the news, tennis stars all set to perform at this year’s championships have been devastated with the news. Most of them went on twitter to post their reactions.

American legend Billie-Jean King, a six-time Wimbledon women’s singles champion. Canceling the tournament was the only option in the circumstances.

“I fully understand and support the decision of the committee. It is vital we keep our focus on those most impacted by this pandemic,” she said.

“I have been fortunate to go to Wimbledon every year since 1961 and I am certainly going to miss it this year.”

So sad to hear @Wimbledon won’t take place this year. Last year’s final will forever be one of the happiest days of my life! But we are going through something bigger than tennis and Wimbledon will be back! And it means I have even longer to look forward to defending my title 🤗 pic.twitter.com/PmppwUuKtD

The cancellation could mean multiple champions Federer, Serena Williams, and Venus Williams have played at the All England Club for the final time.

Federer and Serena will be nearly 40 by the time of the 2021 championships and Venus will be 41.

Serena, beaten in last year’s final by Halep, is stuck on 23 Grand Slam singles titles – agonizingly one away from equalling Margaret Court’s record.

What do you think of this topic? Tell us in the comments section below.