Is White Friday going to take over Black Friday in Pakistan? 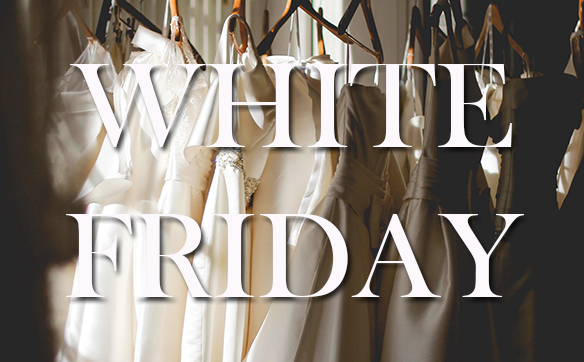 Everywhere… Electronic Media – Social Media – Friends meet ups – Literally everywhere there’s a talk of Black Friday. Black Friday, a day when millions of retail shops around the globe offer great discounts to customers who come in hoards to buy those products. The term originated in the USA during the 1930s and has conflicting accounts of why it was termed as such. Some refer to the Black Slaves trade while others term the color Black as the color of Profits of stores. Yep.

Whatever the case is Black Friday which gained national attention in the USA in 1980’s, later around the world, and is now becoming very prevalent in Pakistan too. As the term gains popularity and every other store is offering amazing deals to customers in our part of the world on this day; many in Pakistan are not really happy. Even some stores are not agreeing to it. And they have their reasons.

#EasypayDarazBlackFriday
My FRIDAYS are BLESSED i boycott writting BLACK FRIDAY,,coz as muslims our fridays are BEST AND BLESSED FRIDAYS

There are many other posts, tweets, WhatsApp messages that are condemning the term. They call Friday a blessed and sacred day for Muslims and they cannot digest the fact that the word ‘Black’, a color used to describe calamities or sadness is being used with the sacred day. And unsurprisingly several outlets in Pakistan and other Muslim countries have begun using the word White Friday instead.

Major stores  are part of the team ‘White Friday’ while various other outlets in Pakistan have decided to stay with ‘Black Friday’ for now. The ‘White Friday’ trend is not only catching attention in Pakistan but middle-eastern countries are also calling the said Friday as White Friday. ArabianBusiness.com states that huge discounts are expected in the White Friday bonanza in the UAE.

So will the term ‘White Friday’ gain more popularity in Pakistan? Are the critics justified? Tell us.

An Open Letter By A 13-Year-Old Boy About Girls Rape Will Astonish You
How Would A Coldplay Concert In Pakistan Look Like?
To Top