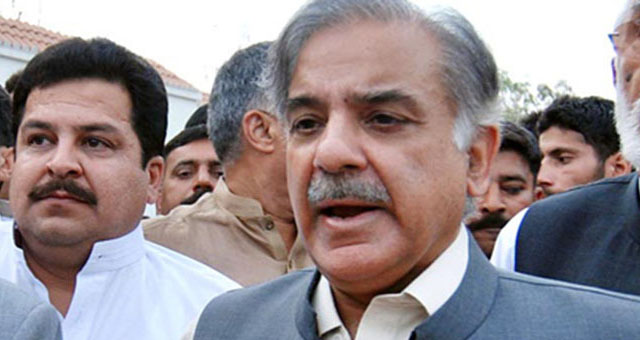 LAHORE: Punjab Chief Minister Shahbaz Sharif, said he will resign if the judicial commission formed to investigate the Lahore incident holds him responsible.

â€œWe will not influence the registration of FIRs, they can even be registered against me,â€ the Punjab chief minister said while addressing a press conference.

â€œI sympathise with Tahirul Qadri, and I assure him that those responsible will be punished without delay,â€ the minister said.

Shahbaz further added that facts will be brought to the public regarding the incident, and justice will be served.

â€œI have always dealt with miscreants with an iron hand,â€ he said.

The minister said the barriers were removed by the police, and permission for the removal was not his responsibility.

Addressing the press in Islamabad, Khan said Punjab Police was being used by the provincial government in all the wrong ways.

He said police in Punjab would break the law at the behest of the Sharif brothers, adding that a democratic government should not be shooting at unarmed members of the public.

Khan moreover said that Prime Minister Nawaz Sharif was never a democrat, adding that a year in government had proven that the PML-N chief was neither a leader not a statesman.