Will next Ground Zero be a Gaza - Parhlo 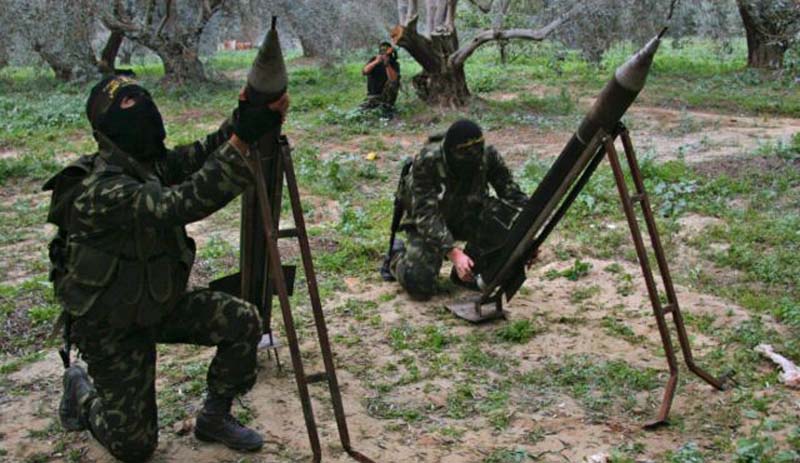 At least 33 fighters affiliated with different global jihadi movements – including Islamic State supporters – were killed in the fighting in Gaza this summer. Are IS-type groups entrenching themselves in Gaza and Sinai?

In almost all of the conflict arenas of the Middle East, global jihadists had a strong summer. We saw the resurgence of the Islamic State in the Iraqi and Syrian arenas; Ansar al-Sharia Libya confronted and pushed back Libya’s rogue general Khalifa Hiftar’s offensive; and al-Qaeda in the Arabian Peninsula is once again highly active in southern Yemen. But the jihadists made a poor military showing in the war that broke out in one crucial geographic area: The Gaza â€“ Sinai peninsula nexus, which rates as the most symbolically important in the Muslim world, and as a result, a key location for various global jihadis to prove their bona fides.

This highlights how the pace and overall number of their missile attacks on Israel were much lower this time around. However, the variety of locations targeted were far more diverse – in part because these groups also targeted IDF units operating within Gaza as well as Israeli towns and cities around Gaza and as far as the center of the country: In the groupsâ€™ own words, these included Ashkelon, Ayn Shlosha Military Site, Survey Site East Of Bayt Hanun, Bnei Netzarim, East of Dayr al-Balaá¸¥, Eilat, Erez Crossing, Eshkol, Isnad Sofa Military Base, East Of Jabalya, East Of Juhur al-Dik, Karam Abu Salim Military Camp, Kfar Aza, Majdal, Nahal Oz, Netiv HaAsara, Netivot, Ofakim, Rishon LeZion, Sderot, the Western Negev, Zakim Military Base, and the catchall (in the groups’ own terminology) ‘Zionist Settlements’.

Moreover, in the eight months leading up to that 2012 war, the jihadi groups launched 50 rockets at Israel; during the entire 20-month interregnum between the wars only 30 rocket attacks were launched. However, 12 strikes launched during this summerâ€™s war were initiated not from Gaza but from â€“ for the first time – Sinai (Jama’at Ansar Bayt al-Maqdis taking responsibility).

During the 2014 Gaza conflict, while the rocket launches were still a priority, some jihadists took the fight to closer quarters with Israel. Israeli airstrikes targeted fighters in various jihadi groups while attempting to fire rockets; but a number of individuals were actually also involved in the fighting on the ground after the IDF entered into Gaza, including in Khan Younis and Rafah, among other locations. I was able to confirm the names of 33 individuals – Palestinians, Egyptians, and Saudis â€“ who were members of global jihadi groups, though there were likely others killed too whose names were unannounced.

Some of them were declared as members or supporters of the Islamic State (IS), highlighting how the group has gained a degree of support within Gaza, albeit small when compared with the more mainstream Hamas, Palestinian Islamic Jihad, and other jihadi factions.

During the war another new jihadi phenomenon was observed in the streets of Gaza: While the Israeli attacks were in train, Ansar al-Sharia Bayt al-Maqdis distributed dawa literature in public in support of the Islamic State’s new “Caliphate”. It also gave out food aid. On July 19th 2014, it allegedly distributed 10,000 such pamphlets; on July 31, it provided food aid to poor individuals; and on August 12, it provided 60 food packages worth 150 shekels each. While on military level the broader jihadi movement appeared to put on a weaker showing than in the recent past, its activists have taken cues from other regional jihadi movements by attempting to get in on the social service game – and popular buy-in – as well.

So what explains the relatively lower level of jihadi activity in the Third Gaza war? Partly this can be ascribed to the ongoing counterterrorism efforts by the Israeli government, as well as by Hamas, that continue to suppress the movement to prevent it becoming a threat to their own respective interests â€“ whether the security of the state (Israel) or its power base and Islamic legitimacy (Hamas).

Moreover, the Egyptian military coup d’Ã©tat in July 2013 and subsequent operations against the Gaza-Sinai border tunnels hindered the import not only of individual fighters but also of weapons and other supplies. As a result of Egypt’s closure, entry into and surviving inside Gaza has become very difficult; Gaza is now seen as a locale that is hostile to global jihad, and many fighters have moved onto more ‘attractive’ headline-grabbing conflict zones with more opportunities, not least Syria but even Libya, too.

Although it might appear that the opportunities for global jihad in Gaza have dwindled, next door, questions still remain about the sustainability and quality of Egypt’s operations against Jama’at Ansar Bayt al-Maqdis (ABM) in the Sinai. The fact that ABM still is able to conduct attacks on Egyptian military forces, including a recent spate of beheadings in Islamic State-style, as well being able to walk around openly in many northern Sinai locales, calls into question the Egyptian military’s successes (even though the level and pace of attacks in of the Nile Valley has certainly been thwarted/improved from earlier this year).

The fact that ABM’s Shaykh Abu Usamah al-Masri was able to openly record a khutba (sermon) for Eid al-Fitr in late July without any noticeable knowledge of this ahead of time by Egypt’s military – or with him suffering subsequent harassment – suggests that the group’s freedom of operation and movement seems better than Egypt admits. Possibly one of the reasons why we have seen more alleged Israeli drone strikes against ABM targets recently is due to concerns that it may well plan to target Israeli territory in a more focused way.

Another concern for all three parties – Israel, Egypt, and Hamas – facing the jihadis are the Gaza jihadi returnees: Those Gazans who have gone to Syria or Libya who will eventually attempt to return home and bring their new skills and radicalized ideologies with them.

This scenario is likely still be a manageable issue for the Israelis, Egyptians, and Hamas-led Gaza, but a band of global jihadis will continue to remain a facet of Gaza’s milieu and a component of any further fighting against Israel. The patience and nimbleness of these types of movements help them preserve and take advantage of any and all opportunities; even if they seem to have been suppressed for now, it would be foolish to count them out in the medium to longer-term.

As we have seen a number of times in a variety of other conflict theaters, global jihadist growth and strength tends to surprise those who made the mistake of taking them too lightly or writing them off too soon. Which is why we will only be able to measure how far this broader jihadi movement has resonated and entrenched itself inside Gaza when the next Gaza-Israel war comes around.