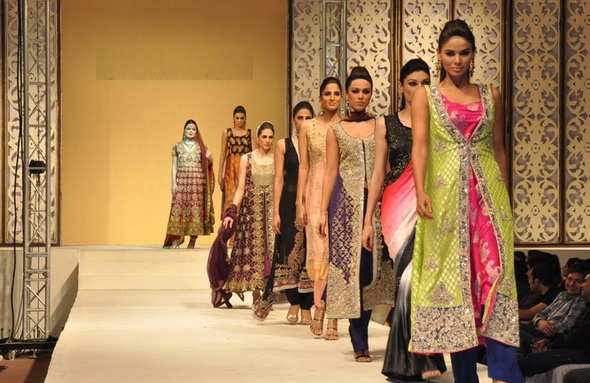 According to a recent report, a cloth merchants shop at Tariq Road was raided by the Federal Investigation Agency (FIA). Fake branded suits worth hundreds of thousands of rupees were recovered. Most of these were copies of ‘Sana Safinaz’

A case was then registered against the shopkeeper under the Copy Rights Act. 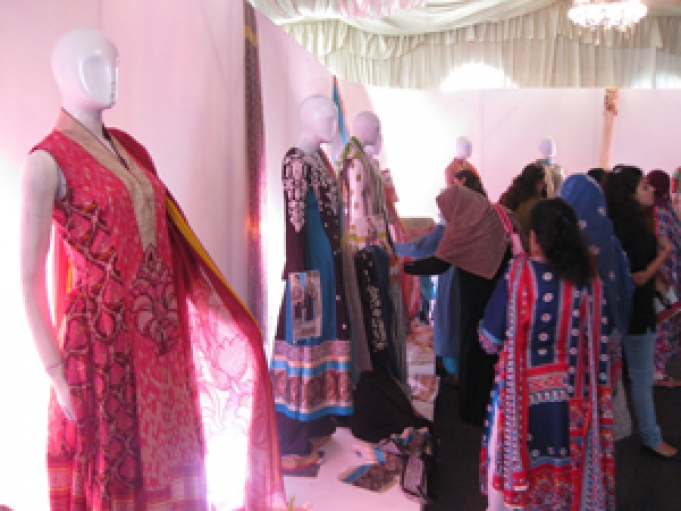 The most important point to consider is the fact that the reason this person, among many others, found a strong clientele to entertain with these fake copies of designer outfits, is proof that there was a demand for them. Why? Because not everyone can afford these designers for everyday wear but the sort of frustration that has become widespread in our masses owing to the media, is despicable. People feel inferior if they are not part of the Designer Cult but on the other hand, their daily wages do not allow for such extravagant spending. Torn between the decision they resort to such means and I don’t think they are to be blamed entirely. 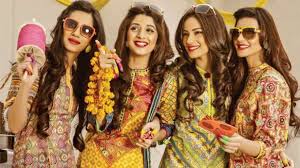 Not that we are justifying the act of the accused because at the end of the day, his act is a criminal one, but the fact of the matter is that the people who are being protected by the Act are also, ironically, the ones exploiting it.  It’s not as though they have a 100% original output with zero plagiarism. But apparently, the law doesn’t seem to apply to people who seem to have a certain amount in their bank accounts.

Being ‘famous’ does not put anyone above the law and neither does it grant them the right to exploit the rules and ‘tailor’ them according to their own needs.

Of course, drawing inspiration is one thing but being someone who inspires, is another!

The aim of this article is not to target any one specific designer or brand but rather to create a sense of awareness about the ‘Lawn Culture’ that ladies today follow mindlessly and end up wearing the same outfit as 4 other people at the same time in the same place.

Also See: This Proves How Pakistani Jahil Are Much Better Than So Called…

5 Achievements Of Wasim Akram That Make Him Stand Out
Daring Pakistani Biker Zenith Irfan Has Left The World Stunned!
To Top