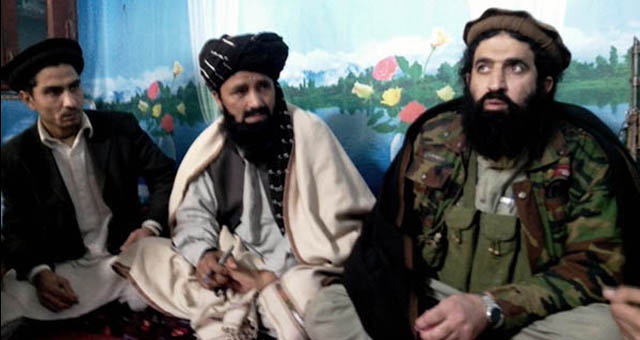 PAKISTANI TALIBAN WARN GOVERNMENT TO PREPARE FOR THE WORST, AND THREATEN ATTACKS ON PUNJAB PROVINCE AND FEDERAL CAPITAL.

The governmentâ€™s â€œpalacesâ€ in Islamabad and Lahore will soon be burnt to ashes, said the spokesman for the Tehreek-e-Taliban Pakistan following the launch of a military operation in North Waziristan.

Refusing to comment on the hundreds of reported casualties in the operation so far, Shahidullah Shahid said the TTP blamed Prime Minister Nawaz Sharif and the provincial government of Punjab for the loss of â€œinnocentâ€ lives. â€œWe hold Nawaz Sharif government and Punjab establishment fully responsible for losses of life and property of tribal Muslims as a result of this operation,â€ he said. â€œThe retaliatory activities by mujahideen will make you a symbol of abomination by the wish of God,â€ he added. â€œTo rid us of the clutches of these tyrants, we invite all Baloch, Sindhis, Pakhtuns and Islam-loving Punjabis to unite with us.â€

The TTP spokesman said the governmentâ€™s decision to launch the operation had violated the Pakistani peopleâ€™s wishes for peace. â€œThe Government of Pakistan and the infidel Army have rubbed in the dust the wishes of Pakistani people for peace. They have launched the Zarb-e-Azb operation in North Waziristan on the directions of their western masters,â€ he alleged.

â€œNow mujahideen of Islam and the Pakistan government are pitted against each other all over the country,â€ he said, adding, â€œAny important government installation or institution could become the target of mujahideen.â€

Shahid added: â€œWe also want to make it clear to the rulers of Pakistan that you are killing tribal children [by launching this operation], and, by God, we will soon shake your palaces in Islamabad and Lahore and burn those to ashes. We are eyeing victory with the help of God, and you will become a joke for the world.â€

The TTP spokesman also claimed that the time for talks had now passed. â€œKeep this in mind that you will wish to hold dialogue and seek peace. But [when you do], it will be too late.â€