Here's Why The Government Thinks You Shouldn't Watch Maalik - Parhlo 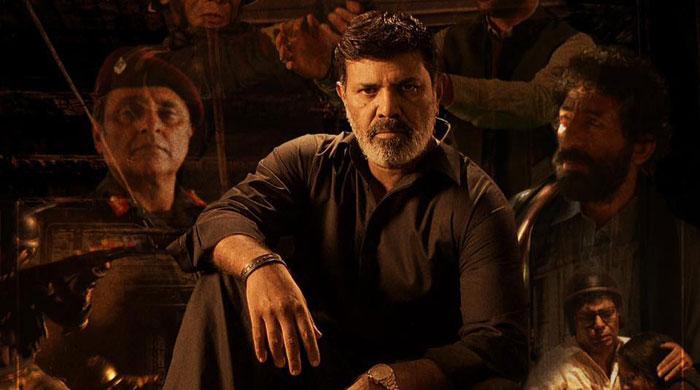 You probably didn’t hear about the movie as much upon its release as you did when the ban-revoke-ban controversy surrounding Maalik unfolded.

Director Asher Azeem’s movie, Maalik, squarely footed in Pakistan’s issues of social injustice and rampant corruption, has garnered support and critique from both audience and critics in equal measure. But the Federal government surely doesn’t seem impressed, as it issued a nationwide ban on the screening of the movie, on the grounds that it promotes violence, especially against political figures, and depicts a rather “biased” and dismal picture of Pakistan.

While the director wishes to convey how corruption has become second nature to the whole of Pakistan, his focus is squarely fixed on Sindh. The characterisation of the Chief Minister is what has caused special controversy; his character is a rapist, a racketeer, blackmailer and a murderer too. But more importantly, the character’s links with a Pakistani political party (and in one case, the showcasing of Benazir Bhutto’s photo in the background) hasn’t been taken well by the authorities.

#Maalik needs something beyond condemnation. It's a slap on the face of Pakistani cinema as well as the democracy. #BanMaalik

Journalist Omar Quraishi was quick to highlight the irony:

Oh the irony — the person who made 'Maalik' was found guilty of corruption by the govt organisation he works for pic.twitter.com/o8dWGF2XmK

Perhaps the most important facet of the movie is how it seems (to most people) to celebrate, or condone, (to say the least) the Taliban and the Afghan jihadists. Another controversy provoking parallel is the sub-plot featuring the murder of a political leader by his personal security guard *hint hint*, and the guard’s links with the glorified Taliban.

In Azeem’s defense, however, the issue of corruption does run deep and thick in our society at micro and macro levels. And his argument is that it encourages the average citizen to take ownership of the issues of his country.

Giving my film a poltical /linguistic spin is delibrate to divert attention from the real message of the film. #BanMaalik

But many think his movie tells people that they are above the law, and can take matters into their own hands the way the Taliban have done, perhaps.

The Sindh government had initially prepared a notice to ban the movie, but that had been revoked within hours as the Chief Minister intervened, saying that it violated the media’s freedom of speech. The Federal government wasn’t that kind, though, and a nationwide ban on the movie was made effective three weeks after the movie’s release.

The content and the depiction can be debated upon as much as we’d like, but the issue of censorship and freedom of expression stand tall as ever. Here’s the question: will everything anti-state, even if it is true, always be censored and hidden? The people have the right to learn, know and think.

Watch How this Indian Woman Cooked an Egg on The Floor!
The Disease Of Honor Killing In Pakistan Is Spreading Like Wildfire
To Top