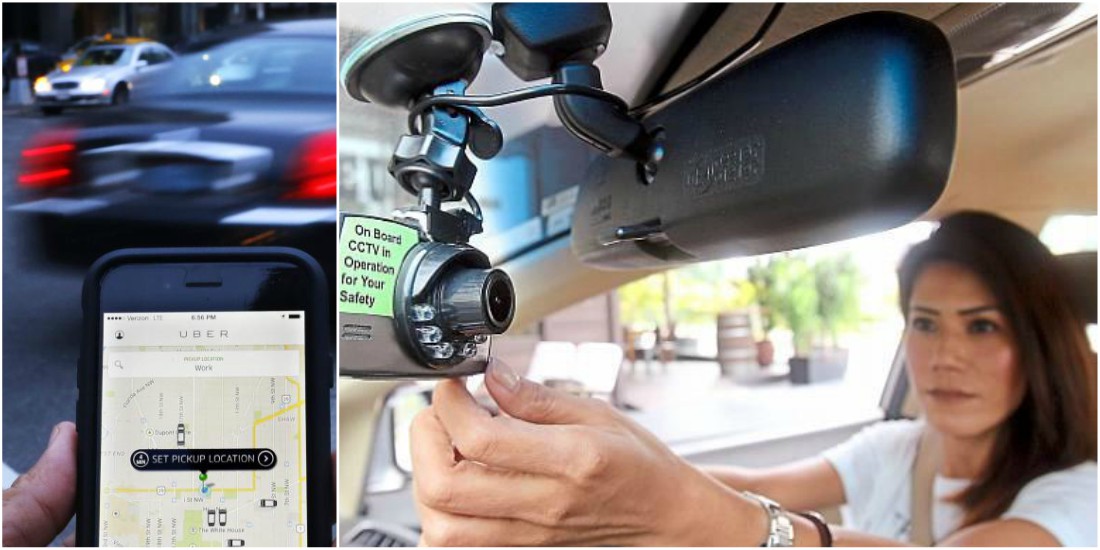 So, Careem and Uber and other app based transport services are here for quite some time now. According to a survey held by private university students in Lahore, roughly 80-90% of college and university students have used one of these services at least once in the past 5 months, and about 40-50% use it on a regular basis. According to the same survey, approximately, the same proportionate of working class folks use these app based services. These are, in fact, the greatest gifts of this decade as commuting is a challenge.

But sometimes people, either the driver or the customer may encounter some unfortunate events. Though, these incidents happen rarely and do not outweigh the benefits of these services. But it needs to be catered. In this age of social media where every person considers their birth right or some kind of moral obligation to post their experience on social media. Many of these victims opt for this option for justice. Though I am not against this approach, as many have benefited and found justice from social media, and one can never deny the importance of it for spreading awareness among the masses. 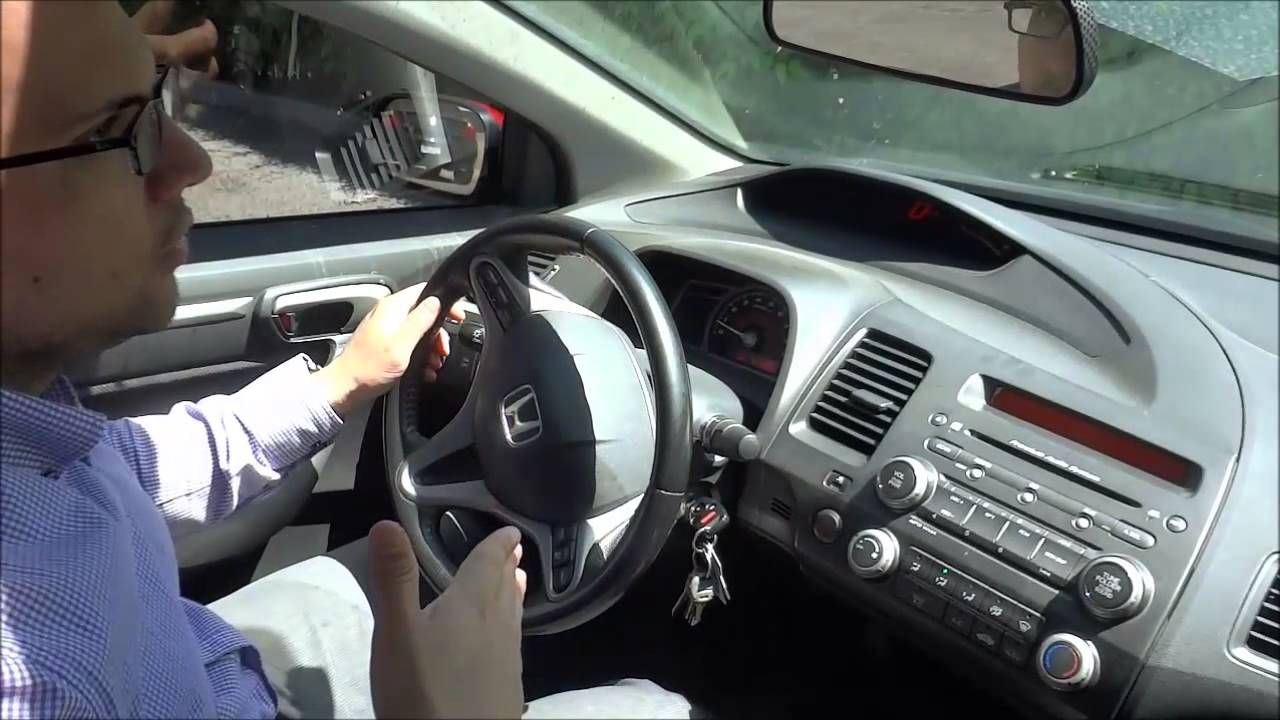 In the case of harassment or abuse in these cabs, one can seldom find enough time for documenting the act, and even if someone does capture a video or photos, there are many out there to judge the legitimacy of this evidence, saying that these could be edited showing only some parts of the scene. Even, courts of the law could question the legitimacy of these videos or photos.

So, here I suggest an idea to cope with this problem, the use of CCTV cameras in these cabs. I know it might sound crazy and many would have a lot of questions about it. But, keep calm, I am writing this post to try to answer all these questions and give you all the pros and cons of this idea. First of all, it’s not a new idea. In fact cabs in many countries have CCTV cameras installed.

In the summer of 2014, during my visit to London, I saw CCTV cameras in many cabs. Even in our neighboring country India, a state’s administration presented draft rules to regulate app based transport aggregators. These draft rules require that every taxi must install a CCTV to monitor activities inside the taxi in real time. 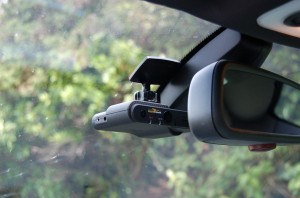 Here are some of the pros of installing such cameras in cabs:

Deter violence: Violent confrontations can and do occur between cab passengers and drivers. The presence of in-cab surveillance cameras can make riders/drivers think twice before acting afoul.

Monitor driver behavior:  Sometimes, drivers can act out of the line and harass or abuse the riders. This happens especially with female passengers in a country like ours. These cams help to ensure that cab drivers carry out their duties in a professional manner. 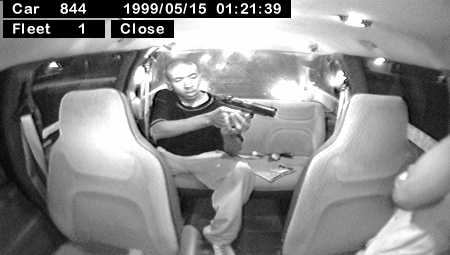 Protect drivers – Cab drivers are in a vulnerable position. They put their trust in their passengers. Security cameras can help to deter unruly passengers from acting out of line.

Prevent robberies – When security cameras are on board, anyone attempting to rob a driver will have to do so knowing their every move is being videotaped. That knowledge alone should be enough to stop many potential robbers in their tracks. So, it is a potential advantage for the driver.

Provide visual evidence -Once again, in cases of a violent confrontation and if both of the persons are accusing each other, in-cab security cameras can provide valuable video evidence.they can even use their mobile phones for surveillance

An alternative to the CCTV camera approach can be the mobile phone surveillance apps. There are many useful apps on apple store as well play store that can facilitate the use of cell phones as surveillance cams. One can always find a really useful app that would suit the requirements of being able to use voice commands, hidden cam, and many other features. 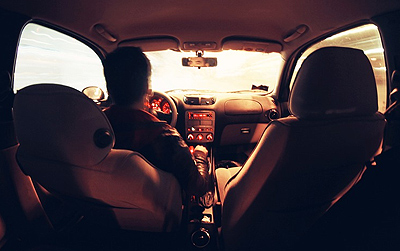 Now, here are some of the cons of installing a “surveillance” (‘spy’ for some) cameras in the cabs 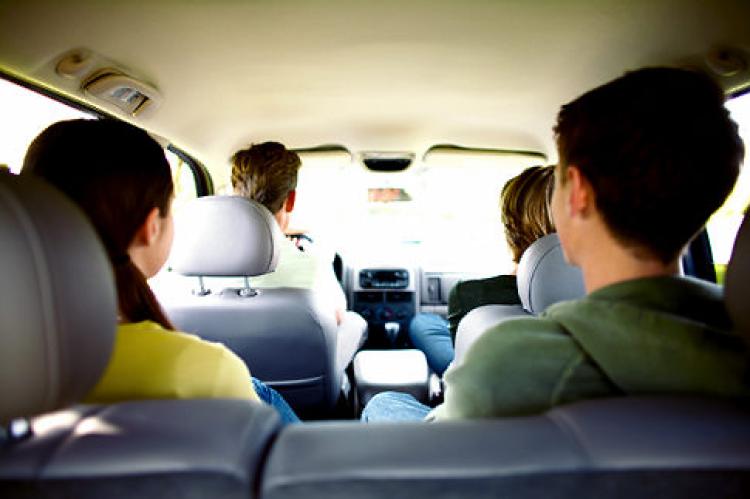 Invasion of privacy: Now many would consider putting CCTV cameras in these cabs an invasion to their privacy, as they don’t consider the interior of a cab a public place rather think of it as a private place for the duration of their ride and act accordingly.

But, placing appropriate signage throughout the cab to inform passengers that they’re on camera can ease privacy concerns, while also helping to deter criminal activity by publicizing the presence of video surveillance.

Still, there would be some love birds going against it. Being afraid of the fact that these cams would interfere in their intimate time (believe me there are people out there doing such stuff). But don’t worry we have a point of consideration for them.

Data protection (Misuse of the footage): There is a real concern of this surveillance footage open to misuse. This data can easily lead to stalking and other harms. It can also be used to facilitate profiling or voyeurism. But there many solutions to this. First, the cameras can be installed at such an angle facing away from the passengers. But this would eliminate its advantage for being used as a surveillance cam.

Secondly, there can be rules that ensure that the transport aggregators (owners of these app services) set up control rooms to monitor the footage of these cameras. Also, transport authorities can take steps to mitigate the risk of abuse with extensive privacy and data protection safeguards as it happens in many countries like England, New Zealand and Australia to mention a few. There can be rules and regulations which incorporate multiple safeguards to ensure the privacy of passengers. These safeguards include setting up of a data protection authority and penalties for breaching privacy.

I am ending this article here considering the word count limitations for the articles.For now, It’s just an idea, but we can work for its implementation by raising our voices and letting the concerned authorities and companies know about it. I know there would be many questions and suggestions about this idea. Hopefully, you guys would let me know in comment section.

Sharmeen Obaid Schools Hamza Ali Abbasi for Saying “Ayesha Gulalai Played the Woman Card”
‘There Are No Capsules’: These Women Entered My House And Robbed Us
To Top