The Real Reason Why Maalik And Udaari Got Banned Is Not What Everyone Told You About!

A few months back, with the release of ‘Maalik’, the army aspect of it excited me. I am sure, most of the pro army people can understand my infinite love for the army. Suddenly, I heard that Maalik got banned, and the shortest review of the movie was that “politicians key khilaaf thi, is lieu unho ney band karwa di”. Well not just the politicians, but everyone’s real face was shown through the movie. Everyone was there, you, me, our parents, our relatives, our friends, our government, everyone. Same is the case with the drama on air, suddenly the biggest scandal on TV was “Udaari” because, we as a community, can’t handle the filth that shadows our society. As the rightly say, “Many people would be scared if they saw in the mirror, not their faces_ but their character.”

Ladies and gentlemen, the movie was not just about the people we appoint, it was about a woman who sacrificed her life, because her husband was on duty to protect the country. It was about a girl who had to leave her hometown to have a normal life without the constant threat of shelling bombs and bullets. It was about a woman who got raped by the chief minster of her own province. It was about that woman who got raped and killed just because she was a little bit different from a typical traditional woman. The movie was about a family who struggled to bring a change in country but at the end, lost their women. it was about the youth of our country who are being belittled by a few “Sane and over smart” people of our country ,the ones who sit in their peaceful rooms criticizing the army,who suffer endless injuries and trauma that scar them for life. 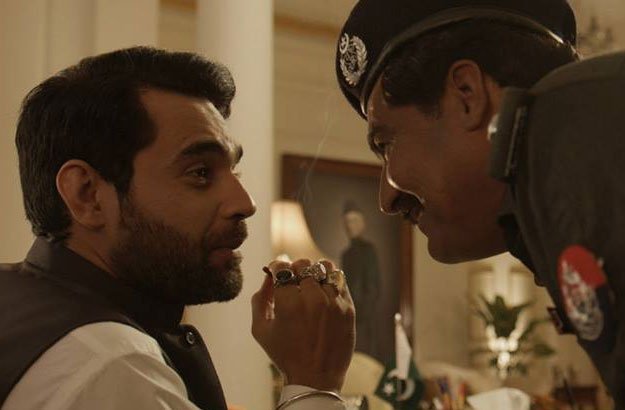 The movie was banned because it showed us what bubble we are currently living in. We get charged by our politicians and are being used as puppets. We are the people, who vote every year to the same politician who rapes a woman probably every night under the darkness of blanket, in the silence of a horrifying night. 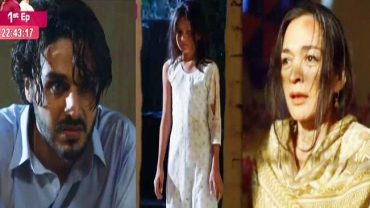 The movie was banned so that we all remain deaf in the presence of loud slogans that keep roaring every now and then in every jalsa. It was banned so that we will not be able to see how a Prime Chief minster confidently takes oath in front of the Quaids picture “INSAAF KARUN GA” and never fails to disappoint us. Laughs. It was banned because it showed how authorities do wrong with us and at the same time,  pretend to be our helpers. It was banned so that we do not realize who the real culprit is. The movie showed those insensitive people who bully and treat their maids like a public property since they’ve bought them on 5000 rupees per month basis.It was about the brother who tried to take law in his hands because the law authorities failed to help him. It was about those lives ,being tortured and slaughtered in the name of power.

Now the reason for Udaari and Maalik to be banned is pretty clear because we are very much comfortable with the profanities like “child abuse, power abuse, woman abuse and sexual abuse”. We start getting uncomfortable when they are being talked about but we are completely fine with it actually happening. Even the religion says, at least talk about it, say that its wrong if you cannot really do anything about it. We all have forgotten this phrase “Awaam ki taqat sab sey barri taqat hoti hay.” probably,  this is why, issues get banned instead of getting resolved.

This Man Had A Very Shocking Experience In A Roadside Accident Involving A Pakistan Army Jawan
Beauty Syndrome: Makeup Layers Can’t Define Your Beauty!
To Top