Why Everyone Should Watch Doraemon 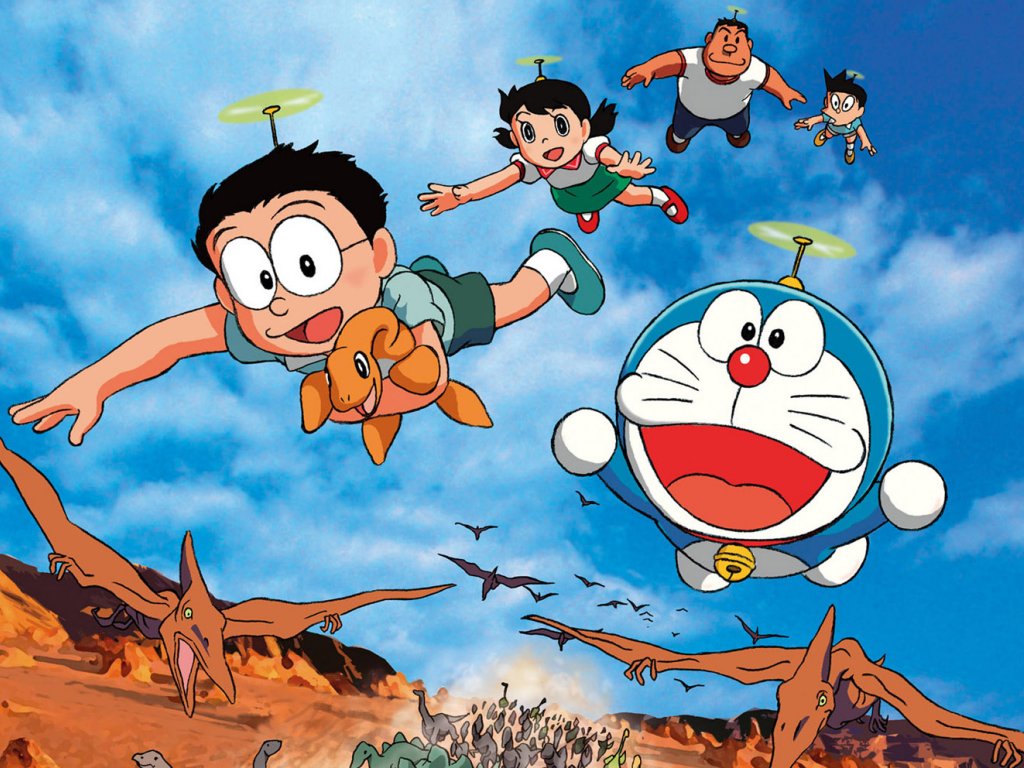 • In India, its Hindi, Telugu, Tamil translation has been telecasted, where the anime version is the highest-rated kids’ show; it won the best Kids’ Show award at the Nickelodeon Kids’ Choice Awards

Doraemon is sent back in time by a young boy named Nobi to improve the circumstances of his great-great-grandfather Nobita, so that his descendants may enjoy a better future. In the original timeline, Nobita experienced nothing but misery and misfortune manifested in the form of very poor grades and bullying throughout his life. This culminates in the burning down of a future business he sets up which leaves his family line beset with financial problems. In order to alter history and improve the Nobi family’s fortunes, Nobi initially wanted to send a super-robot to protect Nobita, but with his meager allowance he could only afford an imperfectly-made factory-rejected toy: an anthropomorphic robot cat called Doraemon. 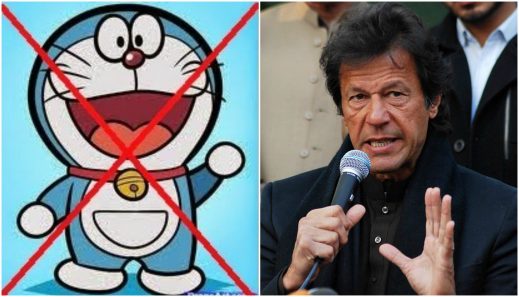 Recently, PTI’s Malik Taimoor protested against Doraemon saying it is having a harmful impact on children without justifying his statement.
Also, some so called ”authors” posted some logic regarding why kids aren’t supposed to watch Doraemon in this article. I will now respond to these facts.

ANSWERS TO THE SO CALLED FACTS 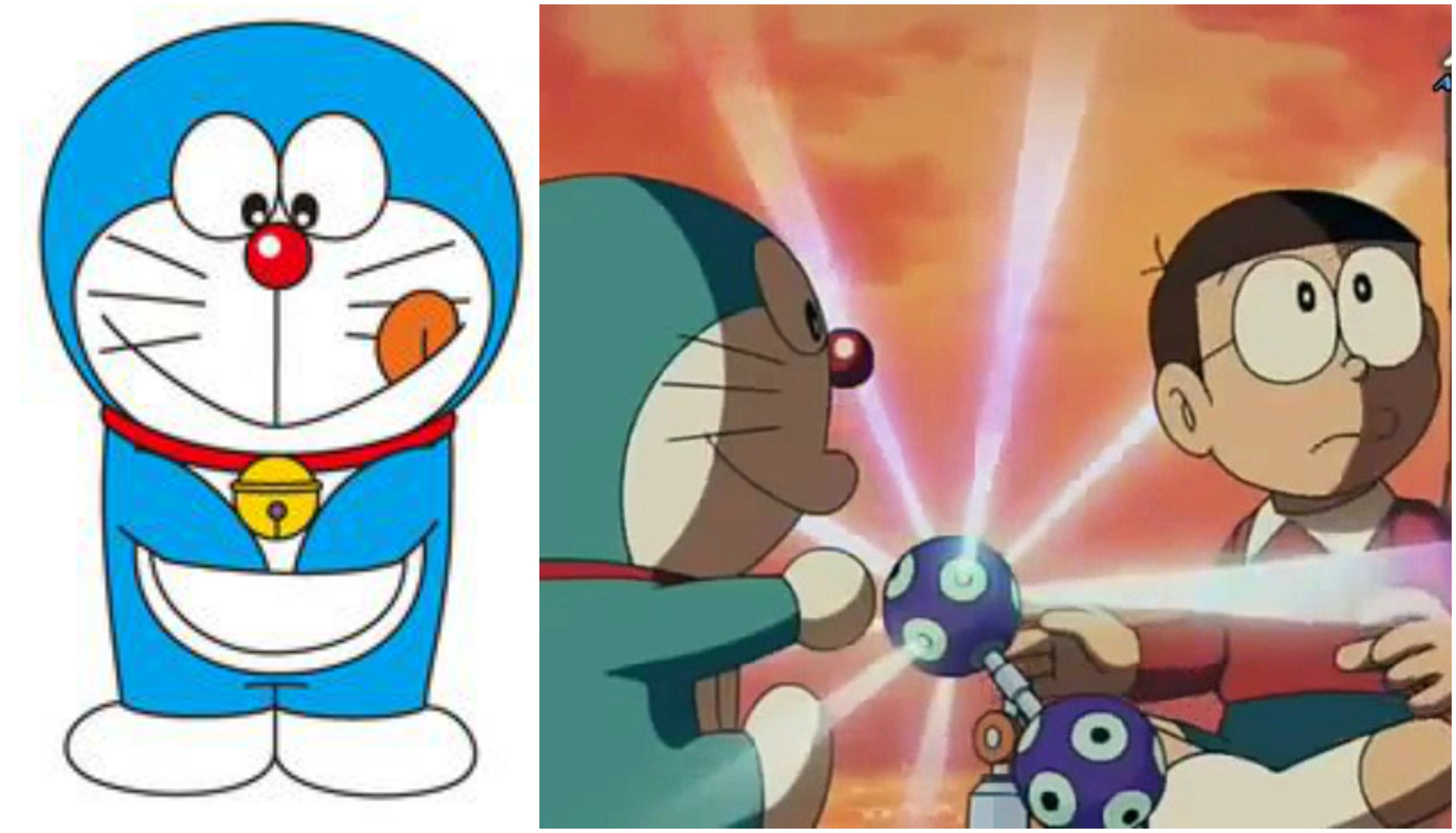 Although, these reasons seems like the person has not watched the cartoons yet or that he doesn’t really know what Doraemon series is about. Let me answer all those so called ”FACTS”.

1. Firstly its actually a ”JAPANESE” anime ”DUBBED” in Hindi, not Hindi cartoons.

2. Kids stay glued because parents don’t really concentrate on their children. Parents should make a timetable for their kids and should act responsibly instead of blaming cartoon channels because cartoon channels will provide cartoons 24/7- it’s their duty to make a schedule for children

3. It does not avoid work or depend on lame gadgets infact if the person has really seen this cartoon he will know Nobita never succeeds by using Gadget. The outcome is always contrary to what he wants. Hence, the cartoon is rather an accurate depiction of what happens if you abuse luxuries. This shows that this cartoon ‘DOES NOT” say to depend on gadgets.

4. As for bullying, Nobita is usually portrayed as being coward but he has often risked his own life to help save others or even an entire civilization. So this shows this cartoon is great for giving lesson on courage.

5. The fact some people are saying theres romance in cartoon between Nobita and Shizuka, they should think this is a modern era and there is no shame in ”liking” someone. Its our own thinking that is creating so much vulgar thinking and negativity. Kids growth must need all visions of life to think on and these programs don’t grow any bad ideas they make kids come to know what is happening around them, all what is shown in these shows parents can’t tell their child face to face, it is a part of E-learning too- as well as kids don’t really seem to be interested in these type of things so its entirely wrong to say Doraemon is crap romance . If it is then Cinderella,Sleeping beauty etc stories and movies should also be ban as they are love stories and in these stories prince and princess kiss each other dance with each other not only that these stories have been told to children by our own parents as bed time stories so why not banning them too?

6. About ”Shizuka mere ghar ao gi?” is just plain lines which us adults having stupid vulgar thoughts making it a negative sense. More over this is Hindi dubbed its not cartoons fault but its infect dubbing fault.

7. There is no proof that Nobita said ”Maa tum abhi tak nahi sudhri” because Nobita never calls his mother ”MAA”, he calls ”MOM” Just to be sure Nobita cares about his parents and in most episodes it is shown that Nobita experiences real respect and feelings of having parents when he lost his parents or gets kidnapped. He even goes back in time to help his dad.

8. If Nobita really called his mom ”Ghamandi” then its hindi dubbing fault. Also this just depicts the reality of current generation as kids commonly says it when they are angry or mad, the thing that the person did tell was that Nobita says sorry to his mom afterwords and cry in her lap.

9. How can this cartoon ruin upcoming generations? well the person who pointed this out may have not yet understand the theme of cartoon…The gadgets which Doraemon gives are actually science fiction which creates interest related to Science in kids as in numerous episodes Doraemon educate Nobita on the phenomenon of eclipse,solar system and volcanoes etc.

10. About Hindi language, why wasn’t ”CHOTA BHEEM” banned which has been spreading Hinduism and Hindi language way more than Doraemon on Pogo. Why only Doraemon? This question is still yet to be discussed.

11. In Hindi dubbing, Disney have cut all the inappropriate scenes from cartoon making it safe for kids to watch.

12. PEMRA should ban in appropriate morning shows and useless ads instead of banning innocent kid shows.
Now let me discuss some of the lessons that kids learn from Doraemon series. Government and other people have posted all the cons but they forgot to mention the pros of this cartoon it is because they haven’t even seen Doraemon them selves in real and just posting illogical facts about Doraemon.

Following are the lessons that I have learn from watching Doraemon

>If you fall down, pick yourself up, dust yourself off, carry the lessons forward.Due to this malfunction, Doraemon performed badly and nobody wanted to hire him, until baby Nobi pushed the button. His parents were a bit reluctant, but since Nobi liked him, they hired Doraemon, and he took care of him until Nobi himself send him to the past to take care of his father, Nobita

>Whatever doesn’t kill you, makes you stronger.Although Nobita is usually portrayed as being cowardly, he has often risked his life to help save others or even entire civilizations

> Be responsible at times. It’s not what’s on your plate, it’s how you eat it. Nobita also has a talent for finding unusual applications for Doraemon’s gadgets, and to abuse them, which usually gets him into trouble. He was responsible at times. Everything we do depends on how we react to it 90%, and the outside situation only 10%

> We cannot go back to change our past, so we change the future by doing today at our best. Nobita becomes Expert in robotics to fix Doraemon. This event becomes single most important event in human history. So important that time police prohibits anyone from future to go into this time. We have to do today at our best.

>Don’t take life too seriously, or you’ll never get out alive. Suneo is also very self-conscious about his height, being the shortest kid in his class. If you feel like Suneo, please don’t take it too seriously. Be happy of what you have and shine your talents out at your best!

Mostly people react without knowing what kids actually think about cartoons so instead of creating false thinking we should always ask kids before just like I asked one of my cousins that why is she inspired from Doraemon and she replied: ”I want to invent real gadgets when I will grow up just like Doraemon” So can you believe that? That’s the real theme of Doraemon.

Lastly, I want to say is we should concentrate more on banning Hindi shows like ”Crime Patrol” and other dramas instead of banning kids show. What if all cartoons will be banned then ultimately kids will watch adult movies which is far worst than cartoons. It depends on us whether we take Doraemon in negative sense or in a positive sense after all its just a kids show. I hope this will take away all the negativity about Doraemon, if you guys agree please comment #IStandWithDoraemon in comments below.

[VIDEO] Here’s What Happened Inside Emirates Plane When It Crash Landed!
#KashmirBlindSpotCampaign: A Passionate Plea To Open Eyes And Hearts To Kashmir’s Pain
To Top