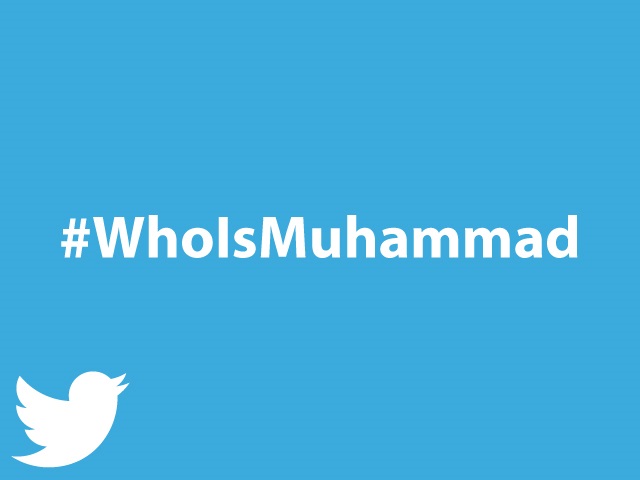 People from all around the world, may them be Muslims or Non-Muslims are using Twitter to reassert the image of Prophet Muhammad (PBUH) in the wake of the Charlie Hebdo attack.

#WhoIsMuhammad The man who taught me that the only revenge a person needs is forgiveness and a kind word. — Dr. Bilal Philips (@DrBilalPhilips) January 15, 2015

While receiving his daughter,Fatimah, he used to rise from his seat,kiss her on the forehead,N make her sit in his own place. #WhoIsMuhammad

He cried for you even before you were born. He spent nights after nights praying for you. We love you, ya RasoolAllāh. #WhoIsMuhammad

The man who never wrote an autobiography yet has more biographies written about him than any man in history. #WhoIsMuhammad

I’m an atheist, but #WhoIsMuhammad trending has put a big smile on my face. Far too much scaremongering about Islam in the media. — Barry Hutchison (@barryhutchison) January 14, 2015

I am Christian & my faith is very different than Islam. However, I think we all can agree on this.#WhoIsMuhammad pic.twitter.com/jtm3p0RJdK — Meg (@sassylibrarian1) January 15, 2015

#WhoIsMuhammad The one who gave the prisoners of war, treatment of a special guest, gave them the best of food, and a bed to sleep. (ﷺ)

He awoke at night and prayed for his Ummah until his ankles swelled. #WhoIsMuhammad pic.twitter.com/SswkfBdqtp — Slave of Allāh (@Deen0verDunyaa) January 14, 2015

#WhoIsMuhammad takes over Twitter to reclaim the Prophet for Islam http://t.co/ObKcsFQGCk pic.twitter.com/SH0DL3Nm9V

#WhoIsMuhammad ﷺ.. He was a man who would pray forgiveness for the ones who pelted him with stones until his sandals were soaked in blood. — Anonymous Fuaadh (@akh_fuaadh) January 13, 2015

Bleeding after being stoned yet He didn’t curse the people to protect them from God’s punishment. #WhoIsMuhammad pic.twitter.com/fvLbkuB6yO

He was insulted and provoked but ordered his followers NEVER to insult others or provoke them. Qur’aan 6:108 #WhoIsMuhammad — Mufti Ismail Menk (@muftimenk) January 14, 2015

#WhoIsMuhammad ﷺ he said “Be merciful to those on earth so that He Who is in the Heavens will be merciful to you.” 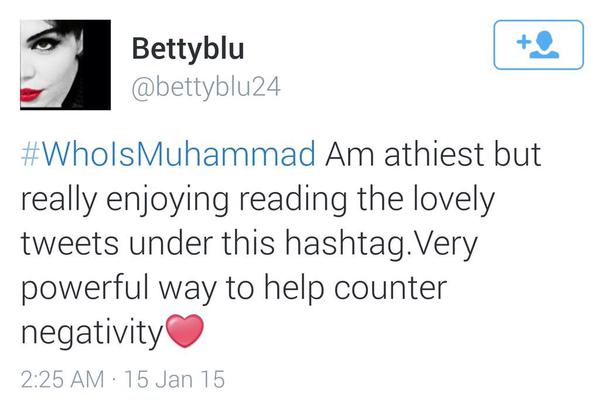 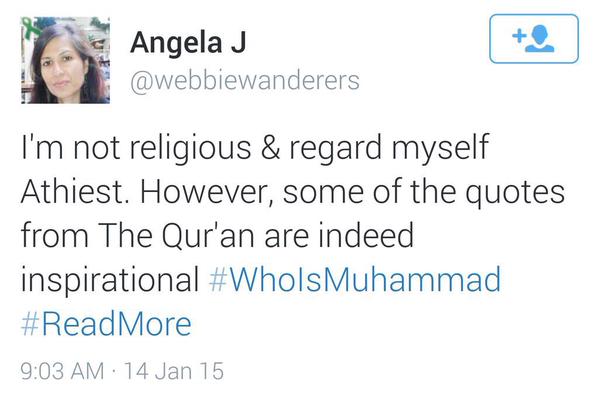 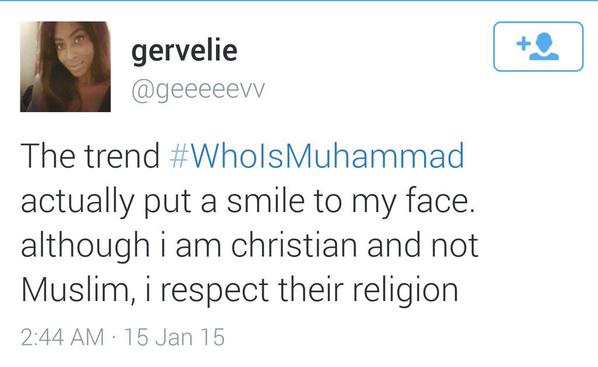 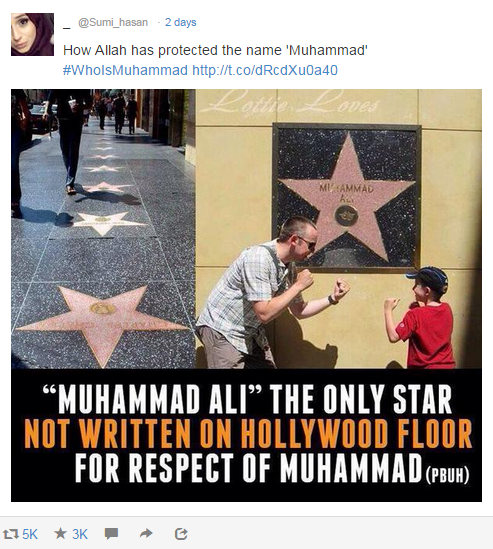 51 Most Powerful Pictures That Capture The Human Experience Perfectly!
Duke University Reverses The Plan to Sound the Call For Muslim Prayer!
To Top