Hazrat Ali (R.A) Divine Source of Knowledge For All 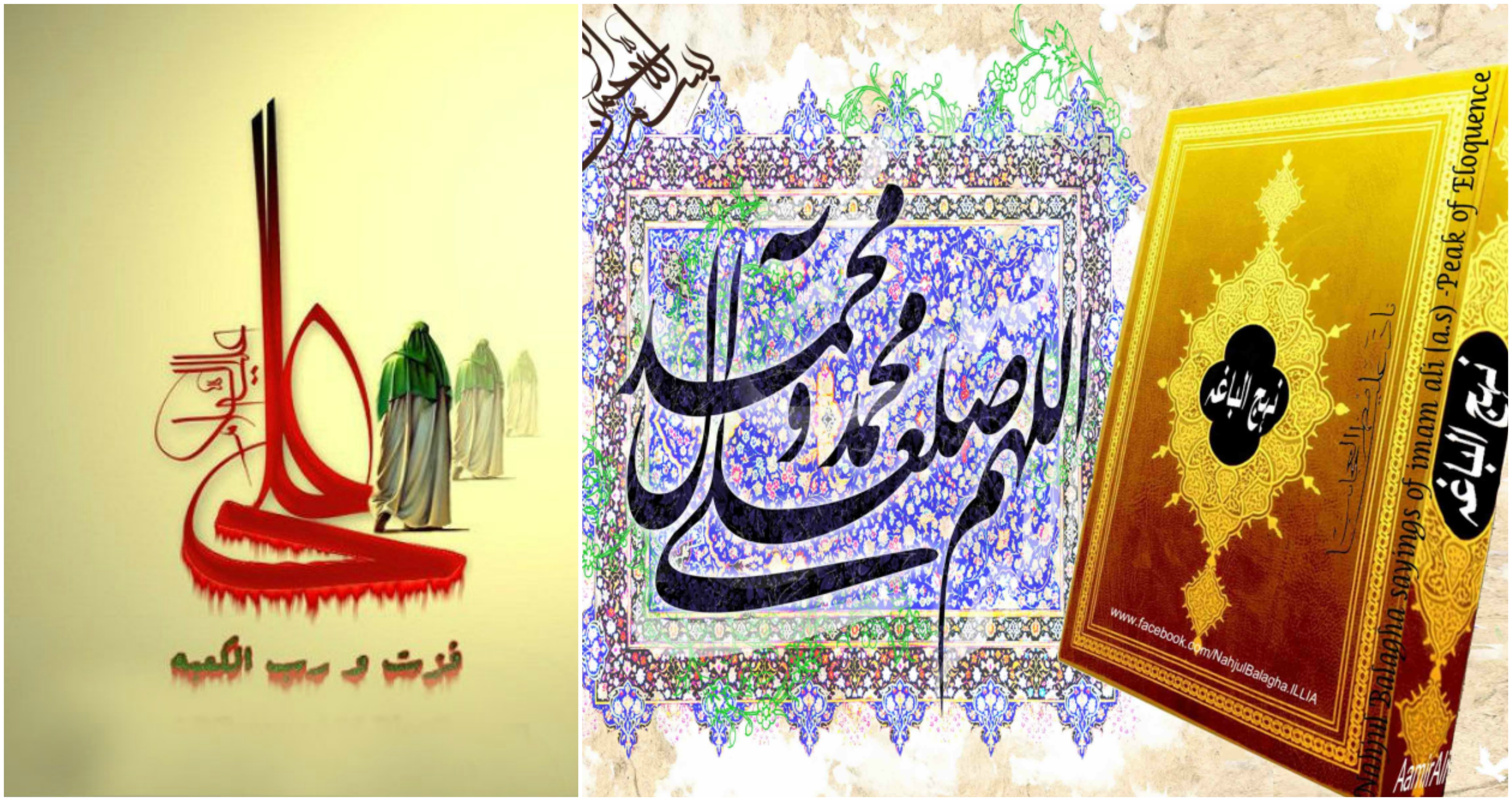 He was born 14 centuries ago but his words resonate till today. On the basis of the divine wisdom bestowed upon him, he uttered nothing but words of intelligence.

Ali was a ocean of knowledge, for which he never praised himself. It’s all because he was the only one who inherited the wisdom and knowledge of Hazrat Muhammad PBUH which is declared by the following hadith of him.

The Holy Prophet PBUH said, “I am the city of knowledge and Ali is its gate”.

Nahjul Balagha-the peak of eloquence, is the collection of Khutbaat (addresses), Nasaih (advice), and Farmoodat (sayings) of Hazrat Ali collected , over 300 years after by renowned scholar of his time Sharif Razi. It deals with a wide variety of topics including our existence, our relationship with the Almighty, building a God-fearing personality, Ali’s reflections upon historical incidents and much more.

After going through a few sayings, one would be astonished that this had been said 1400 years ago. His brief descriptive address on the beauty of peacock is one of the proofs of his scientific thoughts.

Imam Ali as a Geologist:

It is through the strength of God’s greatness and His subtle power of innovation that He made the solid dry earth out of the water of the fathomless, compact and dashing ocean. Then He made from the ocean skies (samawat) and separated them into seven layers (seven layers of the atmosphere) after they have been joined together. Nahjul Balagha: sermon, 209

It has been only four decades since the establishment of the seven layer theory of the earth’s atmosphere by modern science. The seven layers of atmosphere as established are the Troposphere, Stratosphere, Ozonosphere, Mesosphere, Thermosphere, Ionosphere, and Exosphere.

Imam Ali talks about the seven skies in the context of earth and further attributes their origin to the oceans of earth.

According to Imam Ali,  the atmosphere originated from the ocean, which is a very modern concept and all the present-day geologists hold the same theory which is still in the process of research. The atmosphere contains oxygen, hydrogen, nitrogen and carbon dioxide which are in the highest percentage. The oxygen of atmosphere is supposed to be formed from the breakdown of water by the ultraviolet rays of the sun and the same is supposed to be the case with atmospheric hydrogen. The nitrogen of the atmosphere can be attributed to the nitrates of the ocean and the carbon dioxide to its carbonates.

If you tread on the path of your thinking and reach it’s extremity it will not lead you anywhere except that the originator of the ant is the same as he who is the originator of the date palm, because everything has same delicacy and detail and every living being has little difference. Nahjul Balagha: sermon.183, page 305

“And at the very heart of life on earth – the proteins that control cell chemistry and the nucleic acid (DNA) that carry hereditary instructions – we find these molecules to be identical in all the plants and animals. An oak tree and I (Carl Sagan) are made of the same stuff. If you go far enough back, we have a common ancestor.” Cosmos: Carl Sagan,page 24

DNA was first discovered in 1950 and we now know that all living things from virus, bacteria, and plants to human beings are made of DNA. So it is very correct to say that living things have little difference among them. At this stage the saying of the Prophet of Islam (I am the city of knowledge and Ali is its gate) is realized in its greatness.

“O’! Man, strange are thou, thou see with fat, hear with bone, talks with flesh (lahm) and breathes through a hole.”

Imam Ali says that we humans hear through bone. This saying is perfectly in consonance with the latest anatomy and physiology of hearing.

Our hearing apparatus consists of the external ear (the fleshy ear), middle ear, and the internal ear. The external ear is the fleshy pinna while the middle ear consists of the ear drum and the three bones called ear ossicles whereas the internal ear consist of cochlea or labyrinth which contains liquid. The sound falls on the eardrum and vibrates it. These vibrations are transmitted to the fluid filled labyrinth through the three bones of the middle ear. If the bones of middle ear are damaged, the human hearing is permanently impaired. This saying of Imam Ali is definitely a shock to the ENT specialists of this century.

In astonishment, I end with a quote of his own.

Imam Ali said: “I have hidden knowledge; if I disclose it you will start trembling like ropes in deep wells.” Nahjulbalagha: sermon-5